There are numerous ways that mobile genetic elements can affect evolution. For example, many transposable elements (TEs), often called transposons, contain genes that code for their jumping or copying machinery, and over time these may be “domesticated” through mutation and selection, becoming integral parts of the organisms’ genome. The RAG1 and RAG2 enzymes that mix up DNA segments in immune proteins (antibodies and T cell receptors) are a notable example. “Wild” TEs can also have adaptive potential, creating genetic diversity as they leap. If TEs land inside a gene, they can directly alter coding regions, mRNA splice sites, or expression-related motifs. And because transposons often contain transcription factor binding sites and other regulatory sequences, they can alter a gene’s expression even if they land nearby.  The transposable elements can also alter the genome in other ways—such as by picking up huge chunks of DNA as they jump—that scientists suspect are similarly altering the course of evolution.

Arguably the most immediate and dramatic impacts TEs have on genomes occur when they insert into active genes. They can jump into coding regions, altering protein sequences, or they can insert into noncoding regions and alter gene splicing or expression. This is what happened in peppered moths, when a 22-kb TE inserted into the cortex gene and led to overproduction of melanin, turning dark the normally lightly bespeckled moths and improving their survival in polluted environments. 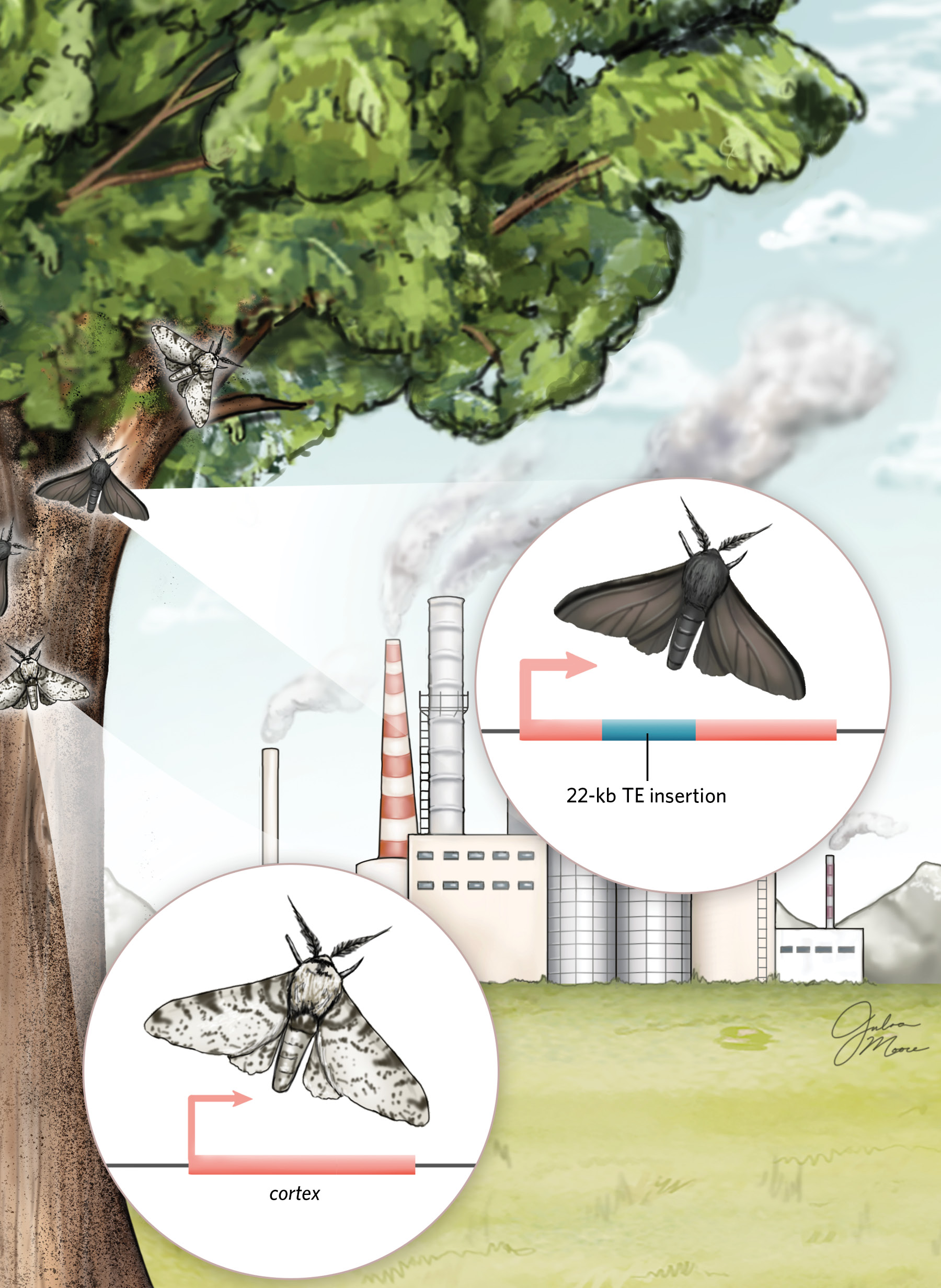 Unlike point mutations, someTEs come preloaded with genetic motifs that may affect the expression of nearby genes. Certain populations of Drosophila carry the TE insertion FBti0019386, for example, which contains transcription factor (TF) binding sites that are activated during a bacterial infection and that increase expression of the immune-related gene Bin1. Flies carrying FBti0019386 are more likely to survive inoculation with a pathogenic strain of Pseudomonas. 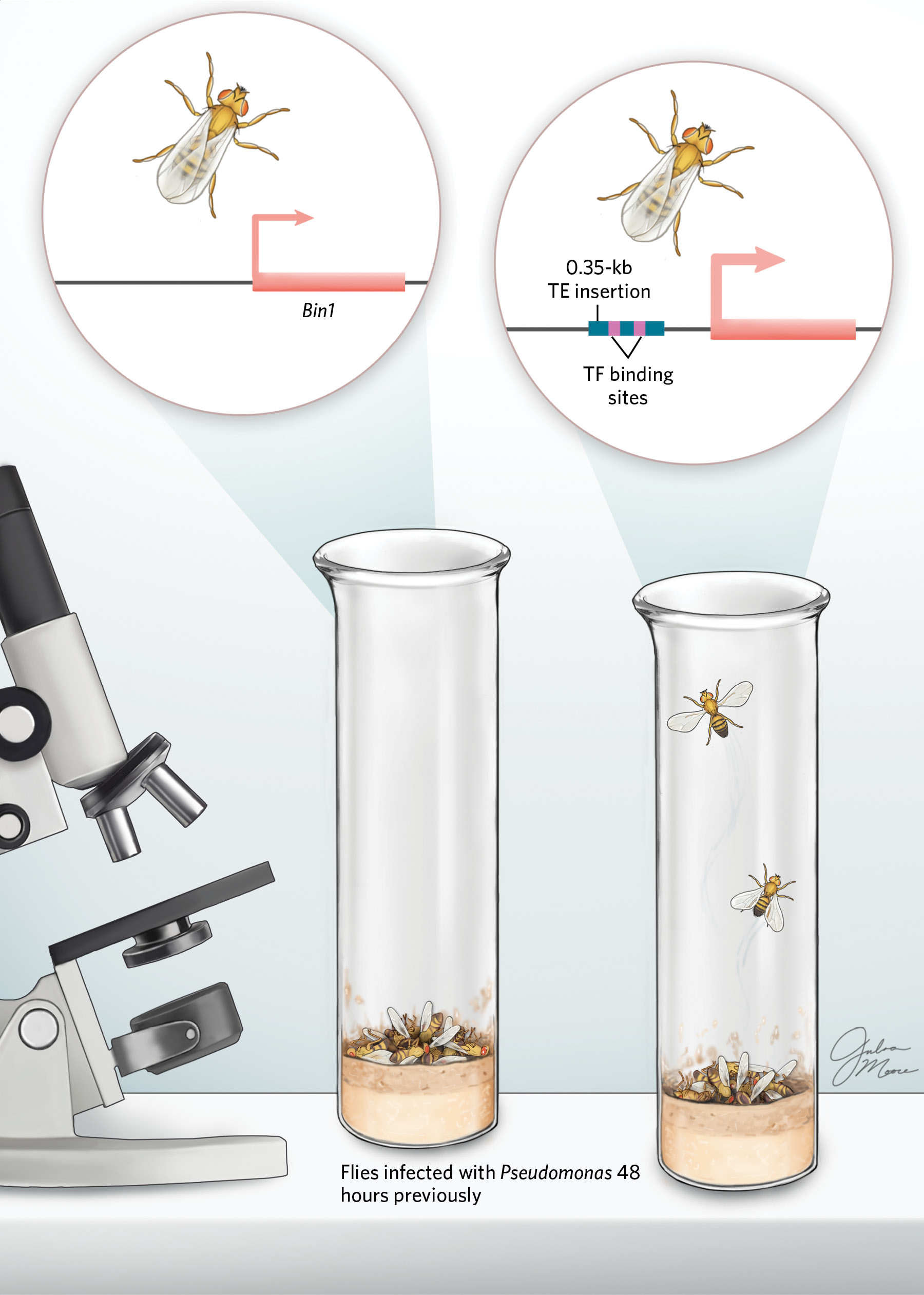 “You can find transposable elements in virtually all the organisms that have been studied [genetically], from bacteria to eukaryotes,” notes genomicist Josefa González Pérez of Pompeu Fabra University in Barcelona. But while TEs are nearly universal throughout living organisms, their prevalence varies widely. In some organisms, TEs dominate, accounting for up to 90 percent of the genome, while in others, transposable elements make up only a fraction of the entire genetic code. When abundant, TEs can grow the size of the genome to enormous, unwieldy proportions that continue to baffle scientists. 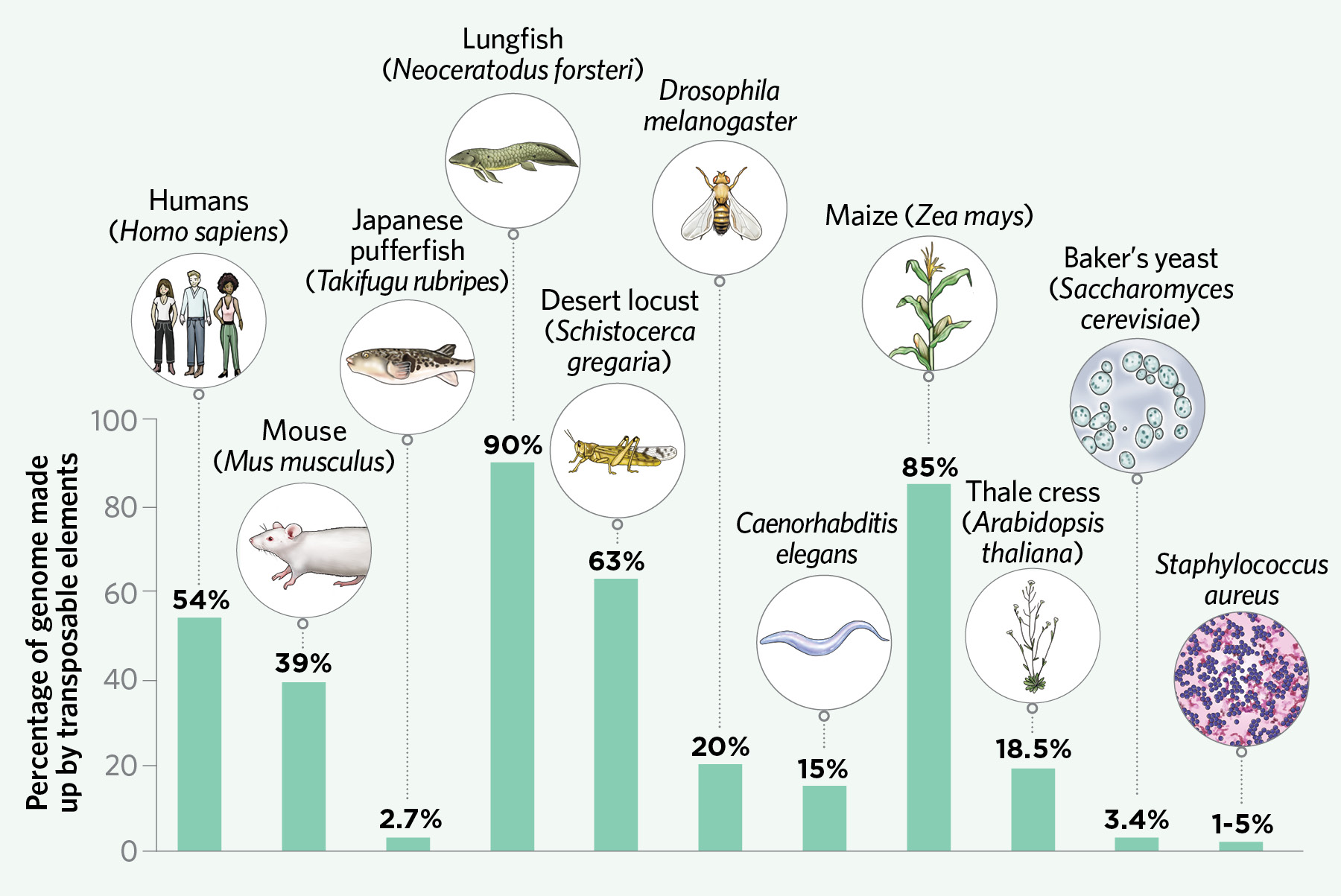