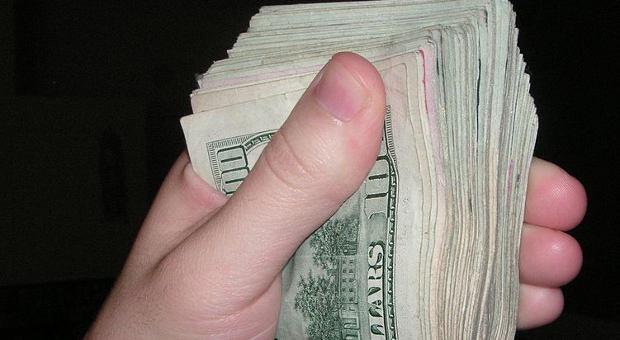 WIKIMEDIA, REWORKEDOnline, open-access journals that publish research without proper review or quality controls have been multiplying in recent years. And, according to a new analysis published last week (October 1) in BMC Medicine, business for these so-called “predatory publishers” is good.

Information system scientists at the Hanken School of Economics in Finland found predatory publishers made about $75 million last year by publishing more than 400,000 studies. “The breadth and growth of predatory journals are astonishing and concerning,” Jocalyn Clark, a public health researcher at the University of Toronto who was not involved with the study, told Science. “I remain convinced that the market for these fake journals is endless.”

Cenyu Shen and Bo-Christer Björk, the researchers who conducted the study, gathered data from the websites of hundreds of journals that appear on an ever-growing list of predatory publishers curated by University of Colorado, Denver, librarian...

The average cost to authors publishing in the predatory journals was $178 per article, and most of the studies were published within 3 months of being submitted. The flood of new journals put out by predatory publishers shows little sign of abating. “It’s very clear that the trajectory of the number of predatory journals is skyrocketing,” Beall told Retraction Watch. “The data was grabbed a year ago, and I can tell you that the number of predatory journals has continued to follow this trajectory since then. Predatory publishers and journals continue to be a serious threat to the scholarly communication ecosystem. Recent growth in the number of article brokers and the increasing amount of junk science being published underscore and provide evidence of the threat.”

Predatory publishers tend to cluster in developing nations, according to the analysis. India is home to 27 percent of the publishers and 35 percent of the authors that Shen and Björk studied. The other 75 percent of authors publishing work in such journals call Asia or Africa home. This trend concerns Clark. “What is a nuisance for rich-country researchers (constant emails) is a major corruption for developing-country science—a corruption of the legitimate and vital open-access publishing model and a corruption of the vast funds, much of which are public, invested in global health research,” she told Science. “That institutions and especially donors are not doing more to ensure their scientists' work is not lost to predatory journals is, to me, a scandal.”