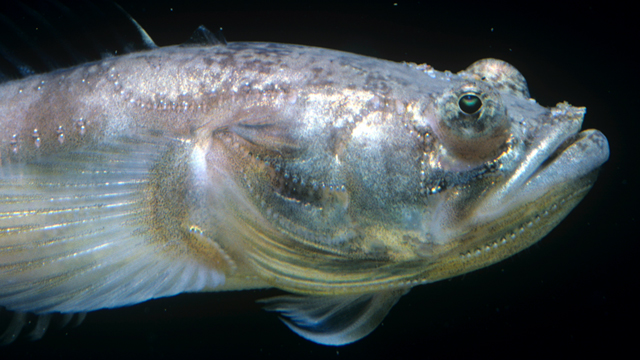 In 1986, neuroscientist Andrew Bass had just landed a job as an assistant professor at Cornell University when he decided to pay a visit to the Steinhart Aquarium in San Francisco to see the facility’s plainfin midshipman (Porichthys notatus), a foot-long, wide-lipped toadfish that lives along the coast of California. But it turned out he was in for something even better than watching the fish swim on the other side of aquarium glass. A staff member at the aquarium knew of midshipman nests in Tomales Bay, a little more than an hour’s drive north of the city. So Bass got in the car to see the animals in their natural habitat. 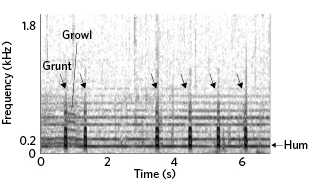 Since that California night 30 years ago, Bass has revealed the intricacies of the midshipman’s calls—territorial grunts and growls in addition to mating hums—and the corresponding anatomy, neural circuitry, and hormonal control that governs the acoustic behavior. Just a few months ago, for instance, he figured out that melatonin in the sound-production regions of the midshipman brain is responsible for maintaining a circadian rhythm to the fish’s singing (Curr Biol, 26:2681-89, 2016).

While the midshipman’s calls may arguably be the most interrogated of the fish world, the species is by no means the only noisy fish in the sea. Myriad fish species have come up with a variety of ways to make sounds, from contracting muscles around their swim bladders (as toadfish such as the midshipman do) to wiggling their pectoral fins (as catfish do) to grinding teeth (as parrotfish do) or rubbing together bones in their heads to make a clicking sound (as seahorses do). “Most people are not aware fish make songs,” says Bass. “They’re the frogs of the ocean.”

In addition to attracting mates and defending territory, there’s recent evidence that fish may also use sound as a contact call—letting conspecifics know where they are. Craig Radford, a fish biologist at the University of Auckland, showed that captive bigeyes (Pempheris adspersa) clustered together when they were played conspecific calls, and also swam closer to one another when background reef noise was made louder (Sci Rep, 6:19098, 2016). “They use a click sound to help maintain school structure,” Radford says, similar to the way elephants project a low rumble over long distances to check in with one another.

Whether the underwater cacophony constitutes music is up for debate. Radford doesn’t describe fish sounds as music, and Friedrich Ladich, who studies acoustic communication among fish at the University of Vienna, agrees. “I think it’s an exaggeration to call fish sounds songs,” he says. But other researchers do describe the animals as singing. Andrew Bass is one of them. “To me, I’ve interpreted song as an advertising signal produced in a reproductive context,” Bass says. And at least in the case of midshipman fish, this definition most certainly applies, he adds. When the males’ hums are projected underwater, “females make a beeline for the speaker. . . . People think of it as a love song.”

Read about the rest of the animal chorus, including birds, bats, rodents, amphibians, insects, and whales, in “Song Around the Animal Kingdom.”