ABOVE: Cytogeneticist Nettie Stevens drew these images of beetle chromosomes in 1906, labeling one chromosome pair “l” and “s” in figures 102 and 107. These chromosomes would come to be known as the sex chromosomes, X and Y.
BIODIVERSITY HERITAGE LIBRARY, N.M. STEVENS, STUDIES IN SPERMATOGENESIS PART II

Why are the human sex chromosomes called “X” and “Y,” while the other 22 chromosomes are identified only by numbers?

The answer begins in the late 1800s, when insect gonad cells, whose large chromosomes are easy to view through a microscope, were the specimen of choice for investigating the cellular basis of heredity. In 1891, German biologist Hermann Henking counted 11 chromosomes in firebug (Pyrrhocoris apterus) sperm nuclei. Some nuclei, he discovered, contained an additional large chromatin element, which he identified in his drawings with “x.”

A few years later at the University of Kansas,... 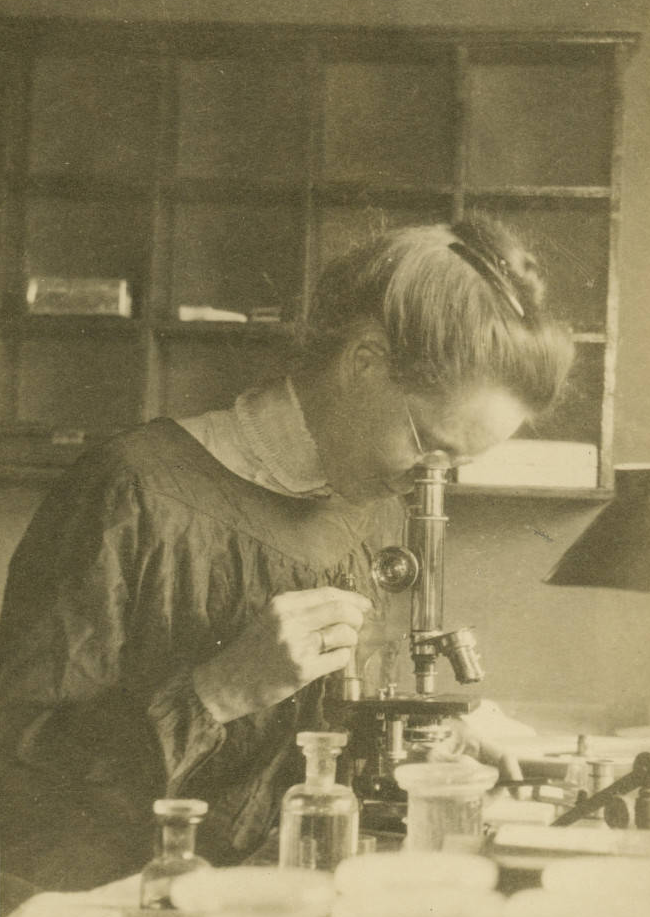 In the early 1900s, Nettie Stevens at Bryn Mawr College and Edmund Beecher Wilson at Columbia University tackled the puzzle of how chromosomes relate to sex differences in insects. Although they worked independently, they followed each other’s research. In 1905, Wilson, the more established scientist, described a pair of unequally sized chromosomes, which segregated in a 50:50 ratio among insect sperm. A month later, Stevens reported a similar discovery in beetle gonads. Half of beetle sperm carried a small chromosome, which Stevens labeled “s,” and half carried its larger companion, “l.” Female somatic cells contained two copies of the large chromosome, while male cells contained one small and one large. “This seems to be a clear case of sex determination,” Stevens wrote, concluding that sperm carrying the small chromosome, not McClung’s large accessory chromosome, determined male sex.

Wilson cited Stevens’s “very interesting discoveries” in a footnote, but he was skeptical that these chromosomes determined sex. By the time of Stevens’s death in 1912 at age 50, Wilson’s scientific stature had overshadowed Stevens’s groundbreaking theory. In 1909, Wilson concluded that the unequal chromosomes were indeed sex determinants. Following Henking’s precedent, he called the large chromosome “X.” For the small chromosome he chose “Y.”

Improved microscopy techniques in the 1910s revealed sex-correlated chromosomes in other animals, including humans. By 1917, scientists were using X and Y to identify human sex chromosomes. But for decades, they couldn’t agree on how to name the other human chromosomes; some used numbers, while others used letters. Nor did they agree on the number of human chromosomes, which are small, numerous, and difficult to count. In 1960, an international panel concluded there are 22 human autosomes, and they should be numbered in a descending fashion, from longest to shortest. The two sex chromosomes, the panel advised, “should continue to be referred to as X and Y, rather than by a number, which would be an additional and ultimately, a superfluous appellation.”

While using both letters and numbers to identify chromosomes may be confusing, this convention can be helpful. Robert Resta, a genetic counselor at Swedish Medical Center in Seattle, says the XY system helps his patients understand the inheritance patterns of sex-linked traits. “Patients remember X and Y from their high school or college biology courses, even if their understanding of it is imperfect,” Resta says. “They are at least familiar terms that help make them a little more comfortable with technical genetic discussions.”

Correction (March 8): The original version of this article stated that a 1960 panel concluded that human autosomes should be numbered in ascending order, from shortest to longest. In fact, they are numbered from longest to shortest. The Scientist regrets the error.