ABOVE: Although some other extant great apes, such as chimpanzees (Pan troglodytes), can walk upright, Homo sapiens is the only species that regularly walks on two legs.
© ISTOCK.COM, CHERYL RAMALHO

Researchers in Germany have discovered the fossilized bones of a previously unknown species of ape that appeared to walk upright, according to a study published yesterday (November 6) in Nature. The bones, which the team dated to nearly 12 million years ago, suggest that bipedalism might have evolved in a common ancestor of humans and other great apes living in Europe, and not in more-recent human ancestors in Africa as many researchers had assumed.

The finding “changes the why, when and where of evolution of bipedality dramatically,” study coauthor Madelaine Böhme, a paleobiologist at the University of Tübingen in Germany, tells Reuters.

There are many theories about the evolution of bipedalism, but many assumed...

The new set of bones, unearthed from a clay pit in Bavaria between 2015 and 2018, are around 11.62 million years old and belong to several baboon-size apes, members of a species researchers have named Danuvius guggenmosi. The limbs show an unusual combination of anatomical features indicative of an ability to move both by swinging through trees and by walking upright.

“It was astonishing for us to realise during the process of research how similar certain bones were to humans, as opposed to great apes,” Böhme says in a statement, The Guardian reports. 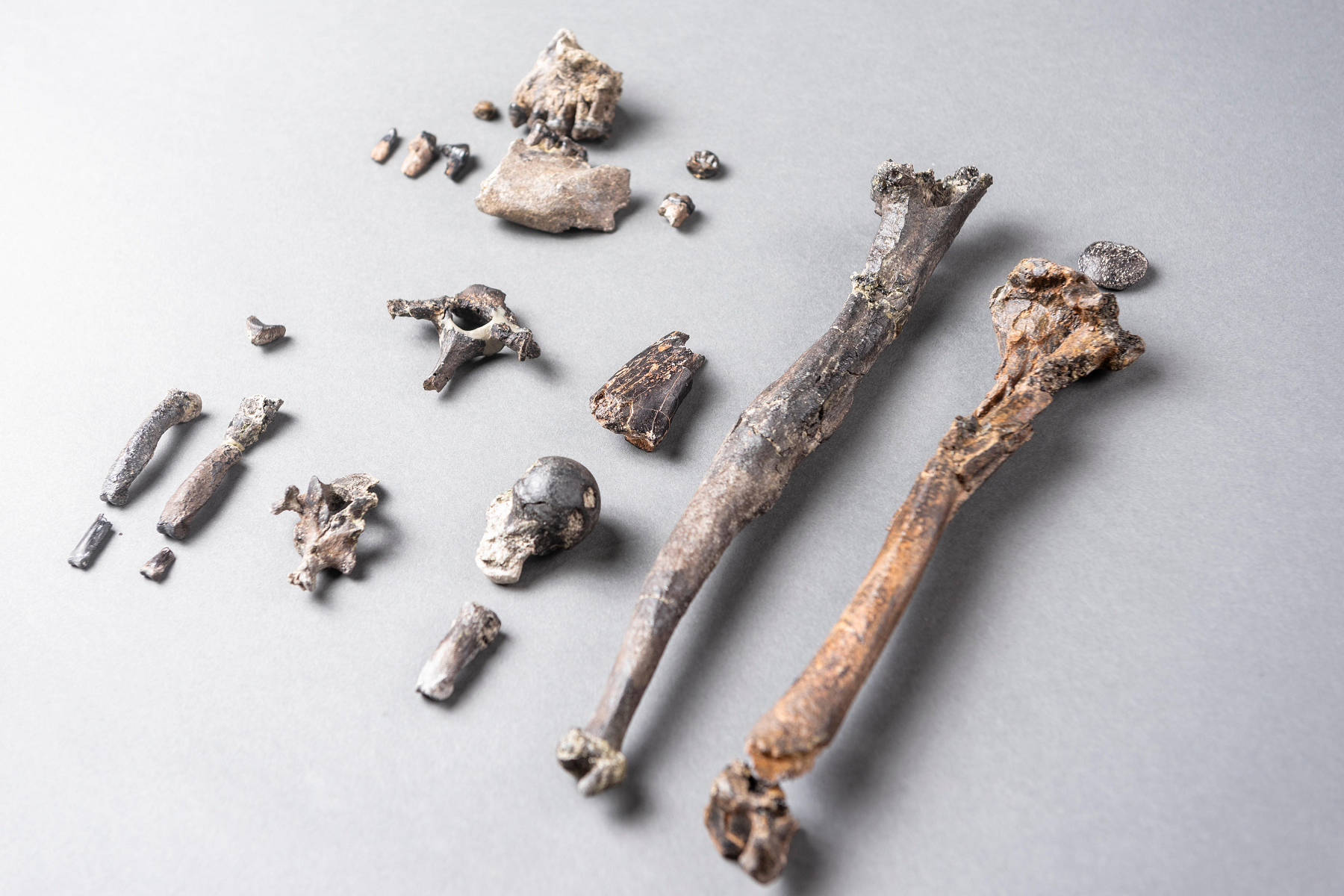 “Together, the mosaic features of D. guggenmosi arguably provide the best model yet of what a common ancestor of humans and African apes might have looked like,” writes Tracy Kivell, a paleoanthropologist at the University of Kent who was not involved in the work, in an accompanying commentary in Nature. “It offers something for everyone: the forelimbs suited to life in the trees that all living apes, including humans, still have, and lower limbs suited to extended postures like those used by orangutans during bipedalism in the trees.”

The fossils could help researchers study hominid evolution more generally, the authors write in their paper. “With a broad thorax, long lumbar spine and extended hips and knees, as in bipeds, and elongated and fully extended forelimbs, as in all apes (hominoids), Danuvius combines the adaptations of bipeds and suspensory apes, and provides a model for the common ancestor of great apes and humans.”