Famed neuropathologist John Trojanowski, whose work uncovered the mechanisms of neurodegenerative diseases such as Alzheimer’s and Parkinson’s disease, died in Philadelphia on February 8. Trojanowski was on life support after a fall left him paralyzed and complications set in. He was 75. 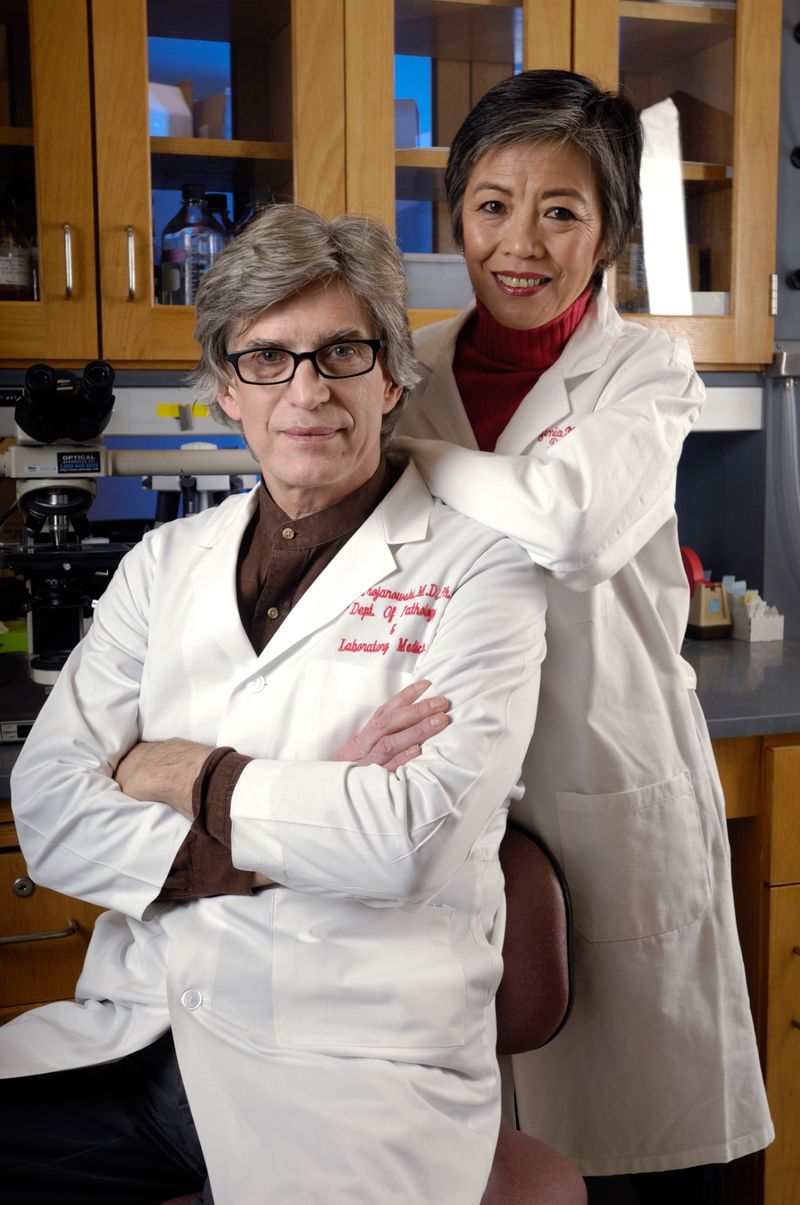 Trojanowski with Virginia Man-Yee Lee, his wife and research partner
University of Pennsylvania

Trojanowski was born in Bridgeport, Connecticut, in 1946, but he didn’t stay there long. The New York Times reports that his father was in the military, and the family of nine would relocate every few years across the United States and in Germany. This nomadic way of life continued after Trojanowski’s birth and, after attending a few different schools, he graduated with a BA in German Studies from King’s College in Wilkes-Barre, Pennsylvania, in 1970. He then completed an MD/PhD program at Tufts University in 1976.

After graduation, he did an internship at Harvard University that taught him about neuropathology. During this time, he met a postdoc named Virginia Man-Yee Lee, who shared his research interests. The pair were research partners from then on and were married in 1979. The following year, they were both hired by the University of Pennsylvania, where Lee remains.

In 1985, Trojanowski established UPenn’s brain bank. Three years later, he coauthored a paper published in Neuron stating that tau proteins are “an integral component of Alzheimer paired helical filaments.” His findings were the first that implicated the proteins in neurogenerative disease. Uncovering the full extent of their role in neurodegeneration was limited by the technology of the time. Subsequent papers revealed that tau became hyperphosphorylated in Alzheimer’s, resulting in tangled proteins that could no longer support nerve cells. He was among the first to argue for the importance of tau in neurodegeneration—a hypothesis that’s still well-supported today.

Trojanowski’s curiosity wasn’t limited to Alzheimer’s; he also studied Parkinson’s, ALS, and other forms of neurodegeneration, according to his UPenn faculty page. He researched other molecules as well, including a DNA binding protein called TDP-43, alpha-synuclein, and amyloid beta, which has been the center of Alzheimer’s studies for decades and has recently drawn controversy due to a lack of clinical treatments involving the protein.

In 2004, a consortium of public and private institutions, universities, and government agencies created the Alzheimer’s Disease Neuroimaging Initiative, which would allow open access to longitudinal data relating to biomarkers of hundreds of patients. Trojanowski contributed research to the endeavor.

“It’s not science the way most of us have practiced it in our careers,” Trojanowski told the Times about the initiative in 2010. “But we all realized that we would never get biomarkers unless all of us parked our egos and intellectual-property noses outside the door and agreed that all of our data would be public immediately.”

Trojanowski never retired and was still active in research until his death.

Trojanowski is survived by his wife and five siblings.