Researchers develop an app that can estimate the biological age of a rodent from its mug shot—and could give a boost to the science of human aging in the process.

Vadim Gladyshev is asking lab scientists to whip out their smartphones and take photos. Not selfies, exactly, but snapshots of their lab mice. It’s a fiddly task, Gladyshev, who studies aging at Harvard Medical School, admits: mice move fast, and need to be kept still for the camera. He suggests grabbing them with one hand or taking them by the tail while they use their front paws to hold a rod. “It is difficult to standardize conditions,” he says. “People get very creative.”

The impromptu photo shoots are all part of a crowdsourced effort to develop an algorithm that can help predict the biological age of a mouse from its mug shot—information that could help researchers studying aging understand the connection between a person’s biology and how old he or she looks. “We all have two different ages,” says Eric Verdin, president and CEO...

The difference between these ages matters for a person’s health. Scientists now know, for example, that people who look younger than their years tend to live longer than people whose appearance more closely matches the time they’ve been alive. And one 2014 study of more than 10,000 participants found that people showing greater visible signs of biological aging, such as partial baldness or skin discoloration, were more likely than younger-looking people of the same chronological age to have poor cardiovascular health (Circulation, 129:990–98).

We all have two different ages.

People are surprisingly good at predicting biological age when it comes to fellow Homo sapiens. A 2015 study that measured the metabolic and cardiovascular health of nearly 1,000 adults born in 1972 or 1973 found that a panel of undergraduates could reliably identify people who were biologically aging faster or more slowly, regardless of chronological age, just by looking at facial photos (PNAS, 112:E4104–10).

But pinpointing the biological age of mice—animals in which the majority of aging research is carried out—is far more challenging. “We are not trained to identify the features of aging mice,” says Anastasia Georgievskaya, cofounder and general manager of Youth Laboratories, a computer vision company developing tools to study aging. “But that’s okay. I don’t think mice can tell much about humans either by looking at them.”

Instead, assessing the effect of anti-aging drugs in lab mice often involves taking blood samples and running expensive tests. Biomarkers such as DNA methylation signatures and analyses of metabolites and biochemical measurements consume resources and run up costs. Alternatively, researchers may need to sacrifice mice in order to examine the internal effects of a compound.

The idea for a cheap and less wasteful alternative came to Gladyshev and Alex Zhavoronkov, founder of Insilico Medicine, a company specializing in artificial intelligence (AI) for aging research and drug discovery, a couple of years ago. The pair got to chatting at the 2016 Basel Life conference in Switzerland and came up with the idea of using a mouse’s appearance as a marker of biological age—just as US startup Lapetus Solutions’s Face Age program has attempted to do for humans. 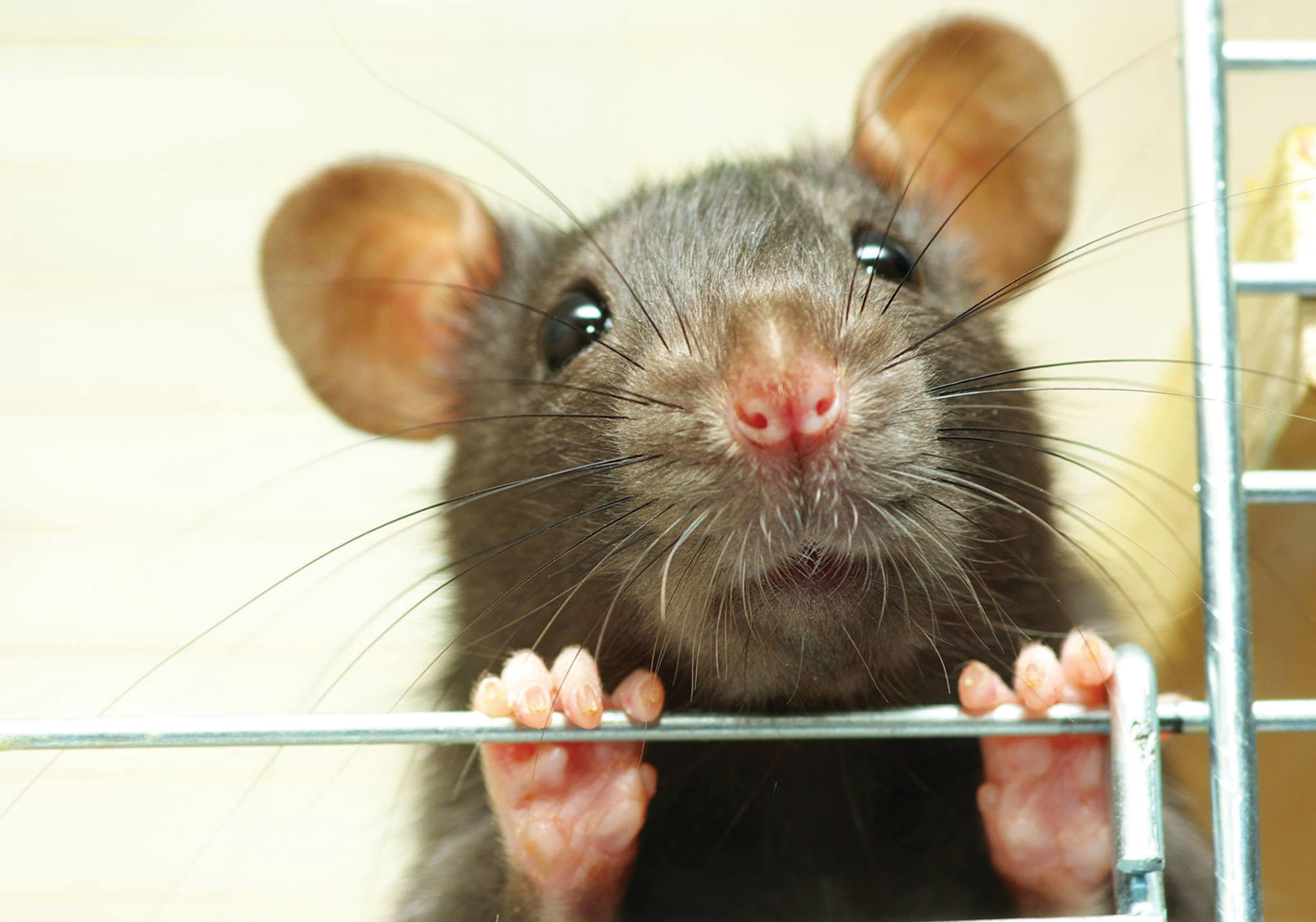 THE PICTURE OF MURINE GRAY: Researchers at the MouseAge project aim to use standardized images of mice to develop non-invasive biomarkers of aging.
COURTESY OF THE MOUSEAGE PROJECT

Gladyshev and Zhavoronkov released a phone app, MouseAge, in 2017, and Georgievskaya’s Youth Laboratories is now lending its expertise to help develop an age-predicting algorithm based on the images. After downloading the app, a participating researcher takes three photos and a five-second video of a mouse of known age. The app then feeds those images, along with each mouse’s real age, into an AI network located on a cloud server. The network uses the information to learn how to detect visible signs of aging in mice—and, in doing so, could help users identify outliers that look younger or older than their chronological age.

Mouse photo shoots have already been staged in labs across the US and Europe, and around 500 lab mice are in the catalog. Big contributors of images include the Buck Institute and Charles River, a large supplier of lab mice. For those contributing images of at least 300 mice, MouseAge’s organizers offer coauthorship of the first paper describing the AI tool, which Gladyshev and colleagues hope to publish around the end of this year.

The team plans to release the algorithm publicly a few months from now and allow researchers to use it for free. But the project is still in the image-collection stage, as the more reference images it has, the better the algorithm will perform, says Gladyshev. The team aims to collect images of 1,000 mice by March, but Gladyshev is planning to continue collecting until the project has sourced at least 10,000. “Future programs would tell whether one group of mice is biologically younger than another, allowing us to more easily test interventions,” explains Gladyshev. “Instead of waiting for mice to die, they can be quickly assessed for their potential to live longer.”

We are not trained to identify the features of aging mice.

Valter Longo, director of the Longevity Institute at the University of Southern California, hadn’t heard of MouseAge before talking to The Scientist. But he’s intrigued. “This could be really useful,” he says. “The way a mouse looks is going to be associated with molecular changes.” He envisions insights garnered by MouseAge allowing for large-scale screening of mice exposed to different drug interventions, to see which group looks younger and therefore is on a path to healthier old age. “The usefulness could increase if you have molecular data as well as photos,” he adds.

Colin Selman, a biogerontologist at the University of Glasgow in the UK who is not involved in the project and did not know about MouseAge, also notes the potential of the approach, given that there are currently “no clear biomarkers” for aging in mice. He is open to participating, he adds. “The important thing about this approach is it is noninvasive. You are not harming the mouse while doing it, so this makes it potentially a really valuable application.” The algorithm would, in some cases, avoid the need to sacrifice a mouse for its tissues, says Selman. “You can follow the same mouse across its life, which is itself valuable.”

Ultimately, MouseAge’s organizers say they hope that the algorithm will function as a rapid and humane stopwatch for tracking biological age, pinpointing mice that age slower or faster, and allowing researchers to better understand the biology of aging. This understanding could underpin interventions to deliver a healthier life span. The algorithm could also help connect the dots between mouse and human research. “For academic studies, many results don’t translate into humans, because mice are still quite different,” notes Georgievskaya. “The development of different biomarkers will help us understand some fundamental processes of aging and speed up aging research on humans.”