A volunteer nature guide teamed up with researchers to discover a unique reproductive role for one vine’s leaves.

ABOVE: Cupped leaves observed on vines in Japan may help protect the plants’ fruit from the cold.
SAKAI SHOKO

In 2008, a letter arrived at the Center for Ecological Research at Kyoto University in Japan from a volunteer guide at a nature preserve in northern Honshu, asking about a strange phenomenon he had observed in a vine there. Some of the leaves of Schizopepon bryoniifolius, a gourd known in Japanese as miyama-nigauri, curved downward, forming a cup around the vine’s fruit, wrote the volunteer, Nobuyuki Nagaoka, a retired schoolteacher then around 80 years old, living near the foot of Mount Gassan. Did the scientists at the center know why?

One of the center’s researchers, Shoko Sakai, was designated to respond to the letter, and as she remembers it, it didn’t spark much interest for her. Her focus is on tropical plants, she explains, and she wasn’t familiar with the vine, which grows in temperate regions. The center once had a trainee who had studied the vine in the 1990s, but tragically, he had died in a traffic accident while on a research trip. Sakai wrote back to Nagaoka suggesting that the structure he’d observed “might be caused by some pest or insects or pathogens, but we don’t know what the cause is.” While she doesn’t remember the details, Sakai says she probably also suggested he observe how widespread the phenomenon was, which might yield clues about what was going on.

Nobuyuki Nagaoka, now 91, has continued his observations of miyama-nigauri.

A few years later, Nagaoka wrote back to report that he’d observed the development of the structures on multiple individual miyama-nigauri plants and at different sites, and he’d formed a hypothesis of what they were for: to protect the plant’s flowers and fruit. Sakai took notice—“I was very impressed,” she remembers.  She wrote back suggesting Nagaoka try removing the leaves of some of the leaf cups to see what would happen. In 2016, he did so, and found that removing the leaves appeared to stunt the growth of the enclosed fruit.

The results seemed to confirm Nagaoka’s idea, and Sakai decided to join him the following year to conduct more experiments. In summer 2017, Sakai flew from Kyoto to Yamagata prefecture and joined Nagaoka at the foot of Mount Gassan. At two sites, one at the base of the mountain and one on its cooler slopes, they placed thermometers near the flowering vines to monitor the temperature. Nagaoka had previously observed that the enclosures only formed in autumn, so the two returned to the sites in September, where they counted the numbers of immature fruits on a number of plants and then removed the enclosing leaves on some of the vines. They left others with intact leaves as controls, and in a third group, they removed the leaves and instead sheltered the fruit in a paper bag. The following month, one of their coauthors collected the fruits from the experimental plants and sent them to Sakai, who found that the bare fruit was less likely to have matured than the fruit enclosed by leaves or bags. 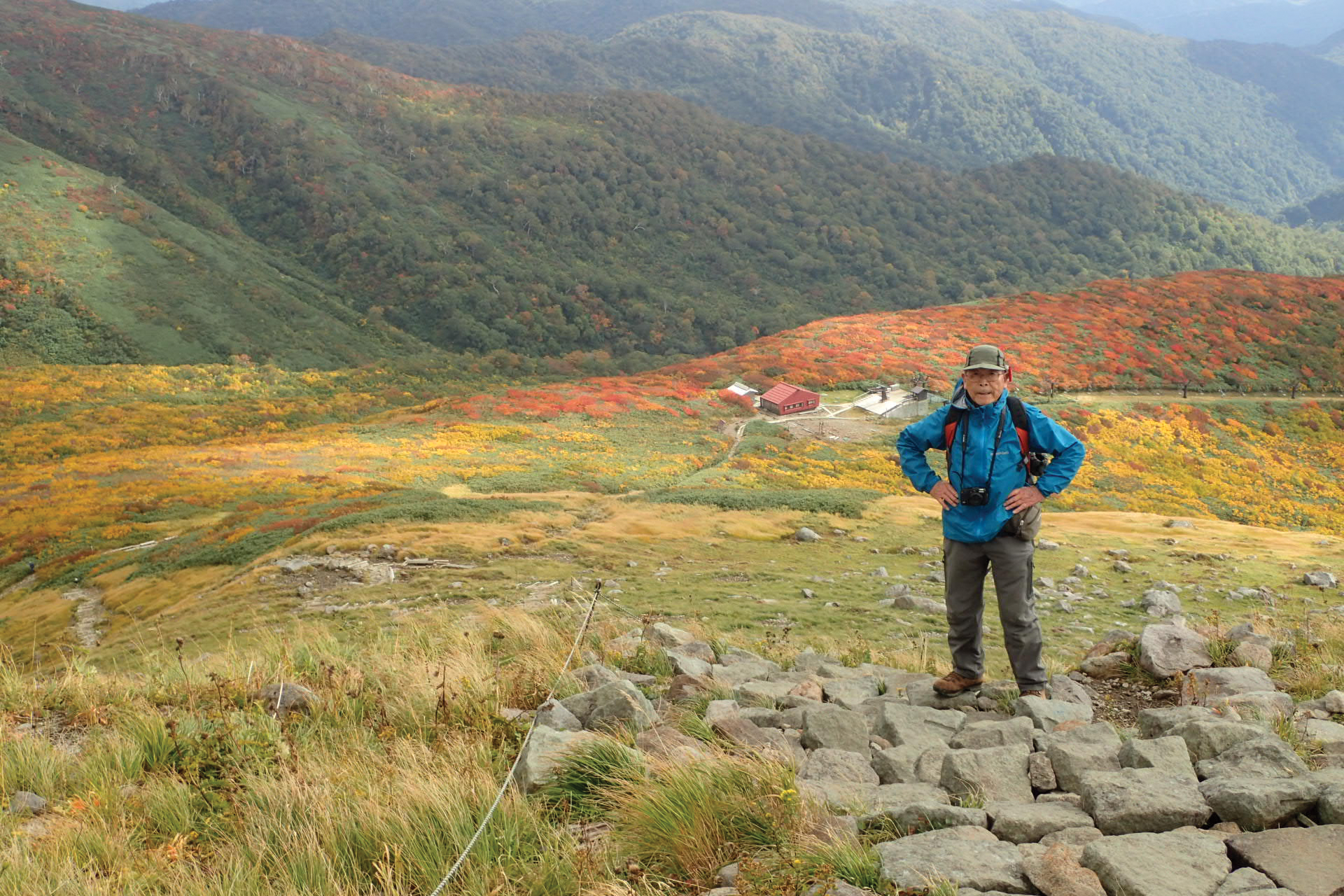 A RARE FIND: Observations of the new leaf formation were made by Nobuyuki Nagaoka, a retired schoolteacher living near the foot of Mount Gassan in Japan.
SAKAI SHOKO

In addition, the researchers found that the intact vine structures at the higher, cooler site sported wider leaves than those at the lower site. The team monitored the temperature inside one plant cup for four days and found that it was, on average, higher than the air near a fruit on the same plant that had been stripped of its enclosing leaves. The temperature difference was small but significant, and was greatest—up to 4.6 °C—at midday on sunny days. In their paper on the study, published in October with Nagaoka as first author, the researchers dubbed the leafy enclosure a “green greenhouse.”

The observation that miyama-nigauri only produces the enclosures late in the flowering and fruiting season is particularly interesting, notes Atushi Ushimaru, a plant biologist at Kobe University, in an email to The Scientist, as it indicates that the vine “can plastically change flowering and seeding strategy along the season to maximize fitness.” Ushimaru has collaborated with Sakai in the past but was not involved in the current study.

“I think this is a really cool and interesting study,” says Nora Mitchell, who studies plant biology and evolution at the University of Wisconsin-Eau Claire and was not involved in the work. Researchers tend to think of the traits of a plant’s reproductive parts and its leaves evolving somewhat separately from one another, she says, but “this paper was really interesting in tying together some of those reproductive and vegetative traits, and how they can interact.” That said, it’s not the first known instance of leaves assisting in reproduction. Plants such as dogwoods have colored leaves called bracts that, like petals, serve to attract pollinators to flowers.

In her current work, Sakai is investigating whether there is a connection between the leaf enclosures and another miyama-nigauri trait, one observed by Junichi Akimoto, the student who passed away in the 1990s. The vine comes in two sexes, male and hermaphrodite, and Akimoto had found that the proportion of individuals in each category varies with altitude, with fewer males growing at higher sites. Sakai is now working on finding out why. She posits that it may be tied to the fact that the plant cups are thicker at higher altitudes, which might prevent pollen from escaping, making it difficult for males to reproduce.

Nagaoka, now 91, has continued his observations of miyama-nigauri, Sakai says, and still sometimes sends her photos of the plant. “I was impressed very much by his love and enthusiastic attitude.”