Plastic waste pervades every ecosystem on Earth and is likely affecting neurobiology as well.

In the late 1940s, fast-growing American and European petrochemical companies set out on a bold mission: to encourage people who—having just survived back-to-back world wars—had learned to scrimp and save that it was OK to waste and, instead of reusing things, to simply buy new ones.

Industry scientists, who had concocted petroleum-based materials and chemicals for use in combat, adapted their wartime inventions to plasticware for everyday use. Products from Saran Wrap to Styrofoam, from polypropylene straws to vinyl suitcases, began filling store shelves. To boost sales, brands selling plastic stuff—often hidden behind the face of petrochemical lobbying and trade groups, such as the American Chemistry Council—launched a multitude of plastic-product marketing and pro–plastic recycling schemes across all media. It was convenient and helpful to buy disposable plastic stuff, the ads extolled—and recycling was painted as the solution to the plastic pollution piling up all around. 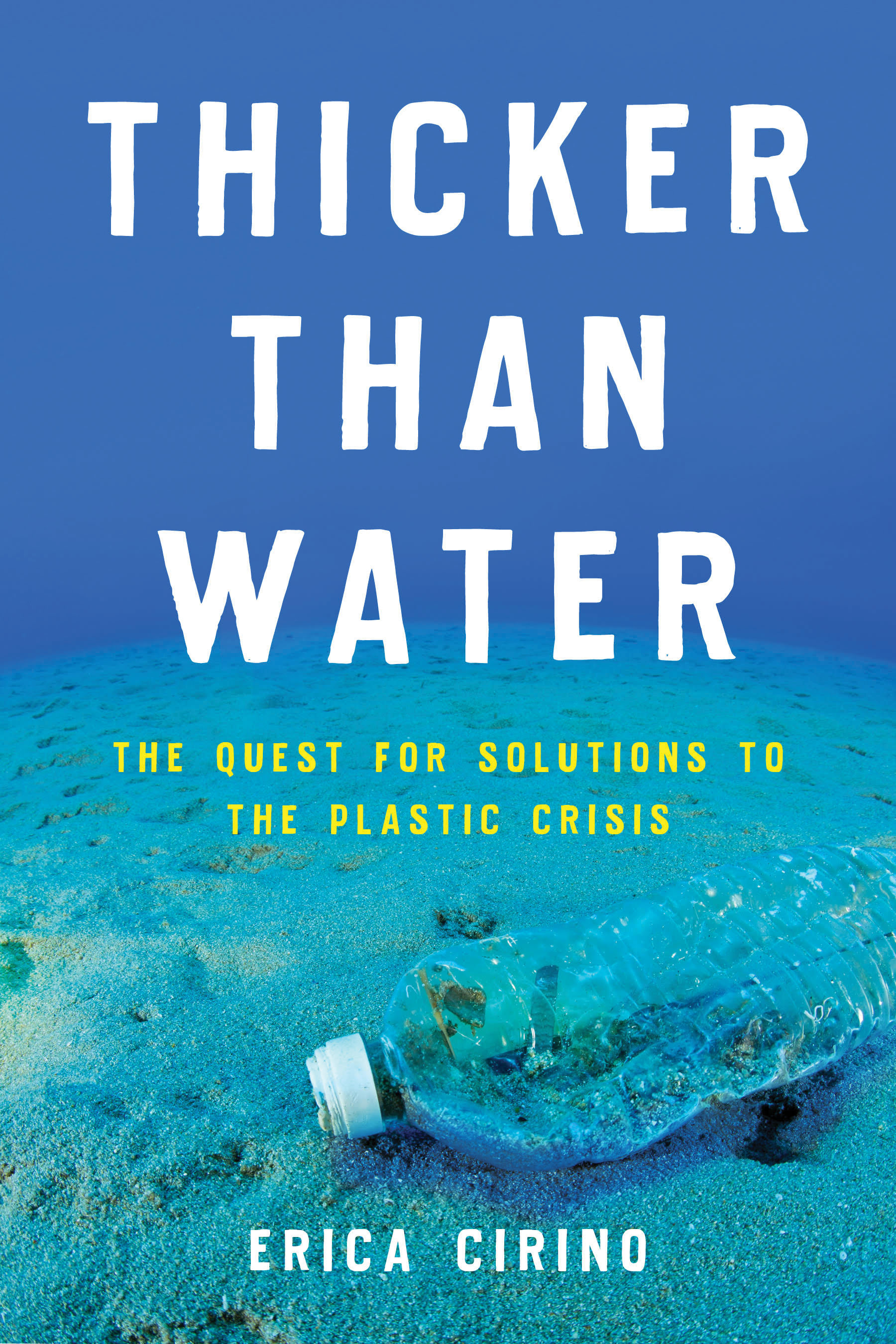 I write about the myriad problems with plastic pollution in my new book, Thicker Than Water: The Quest for Solutions to the Plastic Crisis. One issue I cover is the apparent ability of plastic particles to enter human lungs when we breathe and our gastrointestinal tracts when we eat, as evidenced by the presence of plastics in human feces. That’s not so surprising, if we consider recent research revealing the presence of petroleum-based plastic particles in the air and across the human diet: in seafood, packaged meats, fruits and vegetables, processed foods, salt, sugar, honey, bottled water, beer, and soft drinks.

While some of these plastic particles pass through us, it seems others are retained. In a first-of-its-kind study, published in 2020, scientists in Italy used spectroscopy to find 12 plastic particles in six human placentas that were collected after birth. The search for the plastic inside us is just beginning in earnest, but what little data there are on the effects of plastics in and on our bodies (or the bodies of nonhuman animals) suggest that there is reason for concern and caution.

Chemicals found in plastic particles include toxic, often hormone-disrupting plasticizers, which lend plastic its strength and durability, and additives that confer color, texture, or electrical conductivity and could potentially influence our biology. Plastic particles in the environment also absorb dangerous industrial chemicals, such as PCBs and heavy metals that are widespread in many ecosystems, and deliver them into the bodies of the animals that ingest or absorb the particles. Sherri Mason, a freshwater plastic pollution researcher and the sustainability coordinator at Penn State Erie, the Behrend College, refers to microplastic particles as “little poison pills.”

Those poison pills appear to be harmful to the brains and other organs of the nonhuman animals that are known to harbor them. In fish, the presence of plastic particles in the brain has been linked to physical and chemical abnormalities in that organ and elsewhere in the body, and often to dysfunctional behavior that impairs the ways certain species feed, move, reproduce, and ultimately survive. Scientists at the Neurotoxicology Research Group at Utrecht University, in a review of studies investigating the effects of plastic particles on nonhuman brains, hypothesize that at least some plastic particles travel into animals’ organs, are absorbed into the bloodstream, and cross the blood-brain barrier. If the behavior of plastic particles in nonhuman animals is any indication of our fate, we had better act now to significantly reduce our use of plastic—and begin remediating the mess we’ve already made.

Cutting packaging and other single-use items such as cups, straws, and bags out of our lives could reduce our overall use of plastic, but it’s not the ultimate solution. The real key lies in holding accountable those industries that make and sell us plastic—in dismantling the exploitive and dangerous systems that industries rely on to make their fortunes. Hopefully, plastic will one day be replaced with reusable solutions that help us outsmart corporate interests and change our wasteful, damaging habits altogether.

Erica Cirino is a science writer and artist whose works depict the numerous ways people connect to nature and shape planet Earth. Read an excerpt from Thicker Than Water.