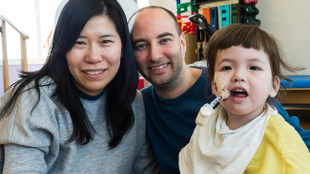 Hannah Warren with her parents JIM CARLSON/OSF SAINT FRANCIS MEDICAL CENTERHannah Warren, a toddler who in April became the youngest person ever to receive a bioengineered organ, died Saturday (July 6), according to her surgeons, who reported her passing to The New York Times. The team, led by Paolo Macchiarini of the Karolinska Institute in Stockholm, had implanted a synthetic windpipe, seeded with the girl’s own stem cells, into Warren, who would have turned 3 in August and was born without a trachea. That surgery, done on April 9 at Children’s Hospital of Illinois in Peoria, was successful, but Warren’s surrounding tissue, especially her esophagus, failed to heal properly. “The trachea was never a problem,” Macchiarini told the NYT. “It was her native tissue that was very fragile.” Waters died as a result of complications arising from a second surgery to repair her esophagus.

Mark Holterman, a pediatric surgeon at Children’s Hospital, expressed the medical staff’s sadness at Warren’s passing. “At this point,” he told the NYT, “we’re all just raw with pain.” 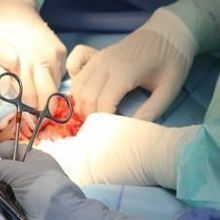