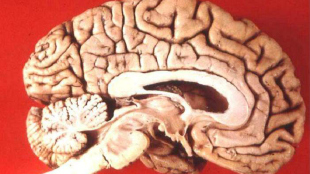 WIKIMEDIA, JOHN A. BEALIt’s a good week for scientists who study psychiatric disorders. Not only has the number of known genetic variants linked with schizophrenia more than tripled, thanks to a massive genome-wide association study published today (July 22) in Nature, but a philanthropist has also announced he will donate $650 million to psychiatric research.

First, the study: Analyzing the genomes of about 150,000 participants, nearly 37,000 of whom were diagnosed with schizophrenia, scientists have now identified 108 variants tied to the psychiatric disorder.

“While the suspect variation identified so far only explains only about 3.5 percent of the risk for schizophrenia, these results warrant exploring whether using such data to calculate an individual’s risk for developing the disorder might someday be useful in screening for preventive interventions,” Thomas Insel, the director of the National Institute of Mental Health, which helped fund the study, said in a press...

The genes that shook out of the analysis are involved in a variety of functions, including immunity, gene regulation, and neuronal communication. “It’s a stunning confirmation that there are many, many genetic factors” involved in schizophrenia, Pamela Sklar, a psychiatric geneticist at Mount Sinai School of Medicine in New York and a coauthor of the paper, told Nature News.

Meanwhile, philanthropist Ted Stanley is awarding $650 million to the Stanley Center for Psychiatric Research at the Broad Institute, to which he has already gifted $175 million, according to the Boston Globe.

Stanley was inspired to give by the successful treatment of his son’s bipolar disorder. “There was a pill that saved his life. Essentially, it gave him the ability to have a normal life with a normal functioning brain,” Stanley told the Globe. “If I had had the same downfall at the same age that he had, I would have had my life ruined . . . because in between when I was that age and he was that age, someone had discovered that lithium makes people well when they have that illness.”

A number of authors of the schizophrenia GWAS are affiliated with the Stanley Center. The donation will be used to conduct more genetic association studies; identify pathways involved in psychiatric disease; and develop new drug candidates.