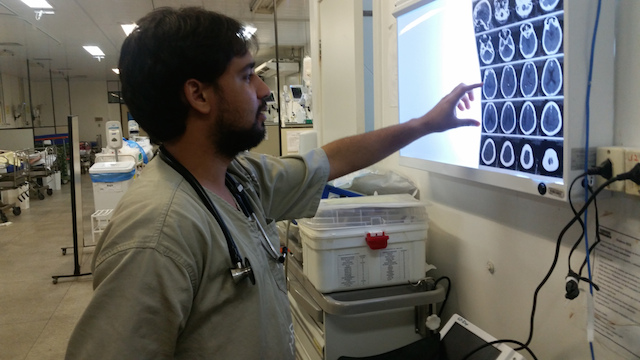 Mosquitos can carry and transmit Zika and chikungunya viruses simultaneously, according to findings presented today (November 14) at the 2016 annual meeting of the American Society of Tropical Medicine and Hygiene (ASTMH), held in Atlanta. The work is part of a growing body of research on overlapping outbreaks of mosquito-borne diseases.

In a laboratory experiment conducted by Colorado State University researchers, mosquitos that fed on blood containing Zika, chikungunya, and dengue viruses could carry Zika and chikungunya at the same time, and therefore, the insects could infect a person with both viruses in a single bite. “Their saliva is clearly testing positive for both, which could mean that people bitten by this type of mosquito could be infected by both viruses at once,” Claudia Rückert of Colorado State, who presented the finding at ASTMH, said in a press...

In another presentation, scientists reported on neurological complications observed during an unprecedented triple outbreak of Zika, chikungunya, and dengue in the city of Salvador-Bahia, Brazil, in 2015. “Our analysis shows that each of these viruses may have the potential to cause a range of neurological complications, some very severe, and patients should be monitored for symptoms,” Isadora Siqueira of the Oswaldo Cruz Foundation in Brazil said in the press release. “What’s very difficult to determine is whether having a co-infection with two of these viruses increases the risk of neurological problems.”

The interactions between these viruses remain unclear, but all three currently circulate in parts of the Americas and Asia, and a recent study in Nicaragua found substantial overlap between cases of the three infections.