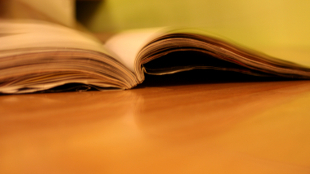 FLICKR, JOHN MARTINEZ PAVLIGADmitry Kuznetsov, a Russian biochemist whose published work has been repeatedly alleged to be fraudulent, is now the chief editor of two science journals. The appointments are raising questions about the scientific integrity of the publications.

The accusations against Kuznetsov, if true, amount to “one of the worst fraud records in the history of science,” said Dan Larhammar, a professor at Uppsala University in Sweden who has written about problems in Kuznetsov's work. “That should be a major concern to” the publisher that recruited Kuznetsov as editor-in-chief, he said.

Kuznetsov (whose name is also spelled Kouznetsov, Kouznetsoff, Kuesnetzov, Kznetsov, and Kuznetcef) is currently a Leading Research Fellow at the N. N. Semenov Institute for Chemical Physics in Moscow. He is also the chief editor of two journals published by open-access publisher ScienceDomain: the British Journal of Medicine and Medical Research and the International Research Journal of...

Michael Coey, a professor at Trinity College Dublin, questioned the publisher’s decision to appoint Kuznetsov as editor-in-chief, given his track record of suspected misconduct. “It is a problem of trust,” said Coey, whose research interests have overlapped with Kuznetsov’s.

The accusations against Kuznetsov stretch back to at least 1994, when Larhammar, formerly a member of the Swedish Research Council’s Committee for Investigation of Misconduct in Science, read a 1989 paper by Kuznetsov in the International Journal of Neuroscience. The study regarded mRNA from wild timber voles, and some creationists were using the findings as support for their beliefs. According to Larhammar, the paper showed that an mRNA from one species of vole could inhibit translation in a closely related species, but not its own nor that of distantly related species. As Larhammar quoted Kuznetsov’s paper in a letter to the editor of the International Journal of Neuroscience: “This may be used as an argument supporting ‘the general creationist concept on the problems of the origin of boundless multitudes of different and harmonically functioning forms of life.’”

But Larhammar said that the study contained serious flaws. “It turned out the methods were not correct, the [reported] accuracy was far better than that technique allowed, and many of the references did not exist,” he told The Scientist. Larhammar published his critique of Kuznetsov’s paper in a long letter to the editor later that year, but a retraction was never issued.

Several years later, a retired math teacher in Italy with an interest in research on the Shroud of Turin, a piece of linen cloth some believe to be Jesus’s burial cloth, began scrutinizing Kuznetsov’s publications in this field. Kuznetsov’s research pointed to evidence that carbon dating of the cloth, which estimated the Shroud to be from Medieval times, was tainted by a church fire in the 1500s, and that the Shroud could have originated from the time of Jesus. The Italian teacher, Gian Marco Rinaldi, began to find what he called inconsistencies and unverified sources of samples in Kuznetsov’s work, however, and according to a 2007 report detailing Kuznetsov’s suspected fakery, a wealthy creationist funded his research on the Shroud.

Rinaldi has since doggedly tracked Kuznetsov’s work in other fields, and later discovered that samples of Irish linens Kuznetsov analyzed appeared to come from non-existent excavation sites. Other published papers authored by Kuznetsov have references and sample sources that could not be verified, according to Rinaldi. A summary of some of Rinaldi’s findings were reported in the journal Antiquity in 2007.

Other researchers in various fields of study have also voiced their concerns about the quality of Kuznetsov’s research. In a paper published in Proceedings of the National Academy of Sciences last year, Coey and his colleagues attempted to replicate a line of research by Kuznetsov’s group that showed that the production of ATP could be influenced by magnetic fields or a magnetic magnesium isotope. “The scientific idea was plausible,” Coey said. However, Coey’s lab and another lab working independently could not reproduce Kuznetsov’s findings. Coey said he believes the discrepancies are not the result of human error, but rather, dubious research.

“As a result of these claims [by Kuznetsov and colleagues] a couple of students have spent several years of their life on a wild goose chase,” Coey told The Scientist.

As far as The Scientist could determine, none of Kuznetsov’s papers have been retracted and no formal charges of misconduct from independent investigative bodies have been levied against him. Larhammar said he believes the reason for this lack of formal sanctioning is Kuznetsov's propensity to switch fields.

Despite the questions concerning Kuznetsov’s work, researchers who have published in one of the journals he edits, the British Journal of Medicine and Medical Research, report having no abnormal interactions with the editors during the review process. “I found my experience with that journal to be no different than with any other,” said Gregory Swanson at the University of Texas Health Science Center at San Antonio in an email to The Scientist. Arthur Johnson at the University of Maryland also said in an email, “I did not note very serious anomalies in the processing of the paper.”

Swanson said he has no way to judge the validity of the accusations against Kuznetsov, and that it would be unfair to jump to conclusions. If the allegations are true, however, “it certainly hurts the reputation of their journal, and I suspect they would rectify that problem (again, if there is truth here) fairly quickly. Most reputable researchers would not want to submit to such a journal.”

Kuznetsov did not respond to questions posed by The Scientist about accusations leveled against him because he was on vacation and wanted to speak in person with his legal advisor first. ScienceDomain’s publisher, who is listed only as “Ms. M. B. Mondal, Ph.D.,” also did not respond to questions after requesting them in writing. We will update this story if we receive responses from Kuznetsov or Mondal.