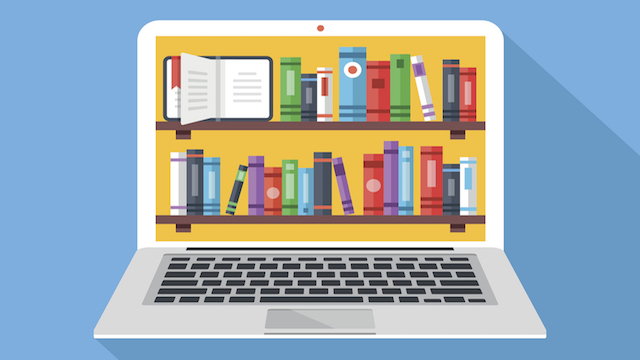 In the Netherlands, as in many other European countries, universities are pushing for scholarly journals to become open access. Driven in part by the E.U.’s mandate to make all scientific articles freely available by 2020, the Association of Universities in the Netherlands (VSNU), which represents 14 of the country’s academic institutions, has been negotiating new subscription deals with publishers. Many of these discussions have been fruitful—over the last few years the consortium has secured 100-percent open-access agreements, where all papers with Dutch corresponding authors are made freely available, with major publishing houses such as SpringerNature and Wiley.

There have, however, been clashes with a few publishers along the way, leaving researchers without access to some journals.

In general, VSNU is pushing for academic publishers to adopt a so-called “publish-and-read model,” which combines viewing paywalled articles and publishing open-access reports into one fee. “Our goal is to reach...

Last month, VSNU announced that it had established new publish-and-read contracts with two publishing houses, SpringerNature and Oxford University Press (OUP). The latter occurred after many months of suspended negotiations. Around the same time, discussions with the Royal Society of Chemistry (RSC) halted due to disputes about fees, leaving Dutch universities without access to newly published articles in RSC’s journals since April 1.

VSNU’s first publish-and-read agreement was established with SpringerNature, a publishing giant with three platforms (Springer, Nature, and BioMedCentral), in 2014. The two-year contract, which only covered the publisher’s Springer titles, was extended last month into 2021. “We publish around 2,000 articles [per year] with Springer,” Becking says. “And now we have these guaranteed as open access.”

Frank Vrancken Peeters, chief commercial officer for SpringerNature, tells The Scientist in an email that the deal with VSNU led to an increase in “gold open access” articles—those freely available on journal websites—by Dutch authors: from 34 percent of papers published in 2014 to 84 percent of those published in 2017. SpringerNature has also established nationwide publish-and-read arrangements in Sweden, Austria, and the U.K., and it is currently negotiating this type of contract with the DEAL project, an alliance of academic institutions in Germany.

It’s sometimes difficult for publishers to rethink their publishing model, but in the end it is possible.

Since 2014, VSNU has made 100-percent open-access deals with a number of other large publishers, including Wiley, Sage, and the American Chemical Society. Some of these discussions, however, have led to disagreements and stalled negotiations. The recently established contract with OUP, for example, came almost a year after talks were suspended last May. “It was a difficult road,” Becking says. “There [were] negotiations many times over the past years, but we could not reach an agreement including a substantial step towards open access.”

Ultimately, VSNU and OUP were able to agree on a new contract, under which all papers with Dutch corresponding authors will be open access as of 2019. “It’s sometimes difficult for publishers to rethink their publishing model, but in the end it is possible,” says Ingrid Wijk, director of the Maastricht University library. “I think that’s something that we learned from [this deal].”

Alastair Lewis, the sales director for OUP’s academic division, tells The Scientist in an email that the open-access deal with VSNU is one of a small number of similar subscription agreements the publisher made this year on a “pilot basis,” including with Jisc, which represents higher education and research institutions in the U.K.

“Overall, in Europe, more and more universities have come to the understanding that you can reach 100 percent open access for better prices than we have at the moment,” Becking says. The Netherlands, he adds, is “very well on track” to attaining that goal.

Still, at least one library in the Netherlands decided to cancel its OUP subscription for good. The Delft University of Technology (TU Delft) opted out of the VSNU deal regardless of whether it was open access or not, according to Just de Leeuwe, publishing advisor at the library. “For us, it was about scarcity [of library resources],” he says. “We had to make decisions collection-wise . . . and [OUP] was one we had to let go.”

Disputes with publishers on the rise

Currently, VSNU is stuck in a negotiation deadlock with RSC, due to a disagreement about fees. “The road to open access that they suggested to us meant an unreasonable cost increase,” Becking says. “So that was not acceptable to us.”

Overall, in Europe, more and more universities have come to the understanding that you can reach 100 percent open access for better prices than we have at the moment.

Dan Dyer, RSC’s commercial director, tells The Scientist that the publisher is willing to provide a publish-and-read deal, noting that RSC has already made such agreements in other countries, including Austria, Sweden, and Finland. But the VSNU’s request “is something that we can’t afford to do,” Dyer says. “To have both a subscription and an open-access system costs us a substantial amount of money and if we do what the Dutch want us to do, we’d be making a loss on every single article that we published [from them].”

The disagreement between VSNU and RSC has led to a lapse in subscriptions, which expired at the end of December. As of April 1, Dutch universities were no longer able to access new articles published in RSC’s journals (though past content is still available). RSC had allowed access to the journals during negotiations, but stopped once talks discontinued. “Of course, [researchers] are not cheerful,” Wijk says. “But at the same time they acknowledge what is at stake.”

In recent years, a number of negotiations between publishers and library consortia have become heated. Most recently, French universities canceled their subscriptions to Springer journals after fee negotiations between the publisher and Couperin.org, a national consortium representing more than 250 academic institutions in France, reached a stalemate. Similarly, around 200 institutions in Germany abandoned their subscriptions with Elsevier due to stalled progress in discussions between the publishing giant and the DEAL project that began 2016.

Although VSNU has successfully secured publish-and-read agreements with a number of publishers, not all of these include 100-percent open access. For example, under the consortium’s current contract with Elsevier, only 30 percent of articles by Dutch corresponding articles are made open access in a subset of the publisher’s journals (396 out of more than 2,000).

This deal expires at the end of 2018, so VSNU will be in new discussions with Elsevier this year. These negotiations will make this coming year “an interesting one,” de Leeuwe says. “This will be a real test case.”

Correction (April 18): This story has been updated to note that the Royal Society of Chemistry provided Dutch universities with access to its journals while negotiations were ongoing. The Scientist regrets the error.