Collagen inside ankles has more turnover than that in hips, thanks to the action of microRNAs.

Humans, unlike some lucky members of the animal kingdom, have a very limited ability to regrow damaged or missing body parts. But a study published yesterday (October 9) in Science Advances finds that we can generate new proteins in joint cartilage, and this ability is more pronounced in joints farther from the center of the body, such as the ankles, than in those nearer in, such as the hips. The mechanism for this ability resembles that used by animals such as salamanders and axolotls to regrow lost limbs.

“We believe that an understanding of this ‘salamander-like’ regenerative capacity in humans, and the critically missing components of this regulatory circuit, could provide the foundation for new approaches to repair joint tissues and possibly whole human limbs,” says coauthor Virginia Kraus, who researches osteoarthritis at Duke University School of Medicine, in a university press release....

The researchers found that the prevalence of younger proteins was tied to the abundance of a microRNA that blocks the action of a messenger RNA that inhibits the production of new collagen proteins. Similar microRNAs are active in animals that can regrow limbs, the authors note—and, as in humans, the animals’ regeneration ability is greater in distal parts of the body than in more central ones.

Writing to Gizmodo, Kraus says she is “very hopeful” that the findings could lead to therapies. Potentially, she suggests, microRNAs could be “injected directly into a joint to boost repair to prevent osteoarthritis after a joint injury or even slow or reverse osteoarthritis once it has developed.”

“It is amazing to find that although we humans have separated from the axolotl 400 million years ago in evolution, there are many pathways that are commonly shared between human and axolotl,” writes Prayag Murawala, a postdoc at the Research Institute of Molecular Pathology in Vienna, Austria, in an email to Gizmodo. Murawala, who was not involved in the study, adds that “although we still have a long way to go to explain why humans cannot regenerate, this study provides compelling evidence that there are many similarities in human and salamander limbs.” 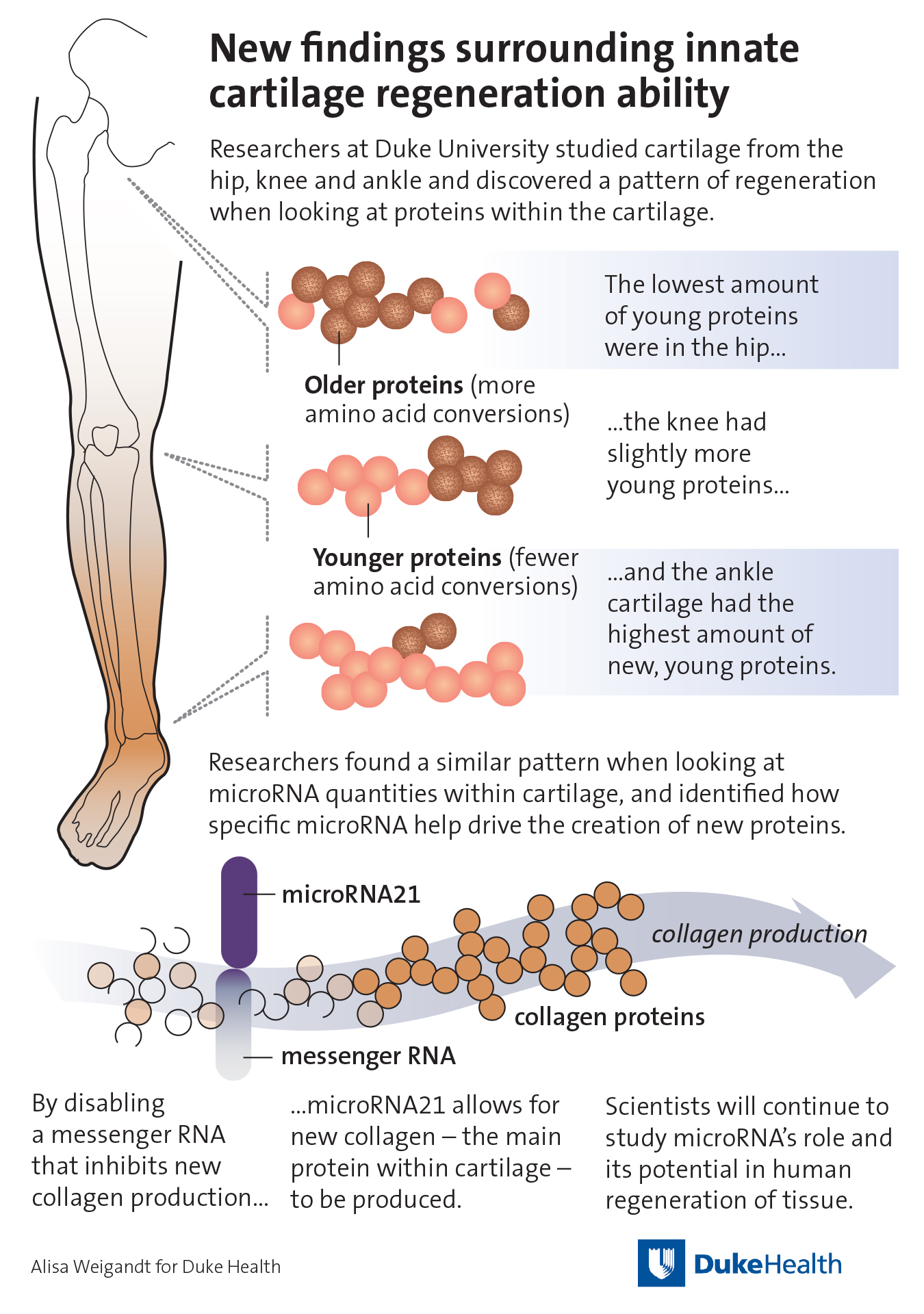