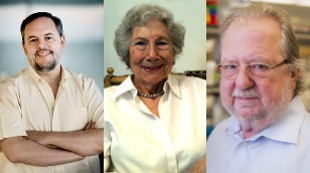 Left to right: Stephen Elledge, Evelyn Witkin, James AllisonALBERT AND MARY LASKER FOUNDATIONEvelyn Witkin of Rutgers University in New Jersey and Stephen Elledge of the Brigham and Women’s Hospital in Boston have won the 2015 Lasker Award for basic medical research. The Albert and Mary Lasker Foundation is recognizing Witkin and Elledge for their pioneering work on the DNA-damage response. (See “Gene Silencing Is Golden,” The Scientist, August 2013; “Damage Control,” The Scientist, March 2009.)

The University of Texas MD Anderson Cancer Center’s James Allison has won the 2015 Lasker Award for clinical medical research. He is being honored for his work toward antibody-based immunotherapies for cancer. (See “Deploying the Body’s Army,” The Scientist, April 2014.)

“I’ve always considered [my work] really basic science, so it’s really quite an honor to receive the clinical award this year,”...

Médecins Sans Frontières (MSF, also known as Doctors Without Borders) has won this year’s Lasker-Bloomberg Public Service Award for “bold leadership in responding to the recent Ebola outbreak in Africa, and for sustained and effective frontline responses to health emergencies,” the foundation said in a statement.

“It’s important for society to promote the culture of science and to celebrate its values,” Elledge said during the press conference. “The Lasker Foundation is really promoting the values of science that really motivated me.”

The 2015 Lasker Awards will be presented September 18 in New York City.