Pruitt’s resignation comes amid a whirlwind of accusations and investigations into apparent misconduct at the helm of EPA. The ethical red flags raised by Pruitt’s conduct included allegations that he paid a pro-fossil fuel lobbyist a mere $50 per night to rent a Washington, D.C., townhouse, that he sought to use his position to land his wife a “business opportunity” with the chief executive of fast food restaurant Chick-fil-a, and that he enjoyed lavish travel arrangements and treated political appointees to healthy raises, among other activities. Recently, a growing number of conservatives joined the chorus calling for Pruitt to step down.

Pruitt was critical of the EPA in his career as Oklahoma Attorney General, suing the agency 13 times to try and stop emissions rules and block regulations that impeded coal-fired power plants and calling for the EPA to be eliminated entirely. In recent weeks, top aides and EPA staffers resigned, as Congress continued to probe Pruitt’s apparent misdealings.

Wheeler, whom Trump appointed as the EPA’s second-in-command, is a former lobbyist that represented America’s largest coal mining company, the erstwhile vice president of the Washington Coal Club, and ex-legislative aide to Senator James Inhofe (R-OK), who is among Congress’s most outspoken climate change deniers. 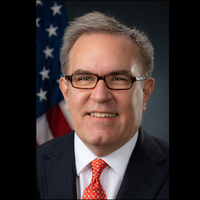 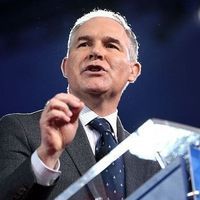