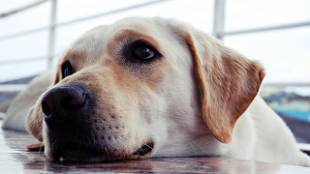 FLICKR, CRISTINA SOUZAWhen a pet dog looks into its owner’s eyes, the same hormonal response that bonds mothers to their infants is ignited, according to a study published this week (April 16) in Science. It’s the first evidence of a hormonal bond forming between different species.

“It’s an incredible finding that suggests that dogs have hijacked the human bonding system,” Brian Hare, an expert on canine cognition at Duke University in Durham, North Carolina, who was not involved in the work, told Science.

Dogs’ relationship with humans has long been known to be unique. Some have attributed it to humans’ long evolutionary history of companionship with domestic canines. This is undoubtedly a big part of the closeness the two species have attained, but what exactly supports that bond has remained unclear.

Animal behaviorist Takefumi Kikusui of Azabu University in Japan and his colleagues delved into this question...

“The neural mechanisms present in all mammal species to promote the mother-infant bond have also been adapted to regulate bonding between mates,” Emory University’s Larry Young, who did not participate in the study, told Smithsonian Magazine. “Our work in prairie voles is an example. Oxytocin promotes the pair bond between monogamous mates. So it makes sense that this same mechanism could also be shaped during co-evolution of species where interspecies bonding occurs.”