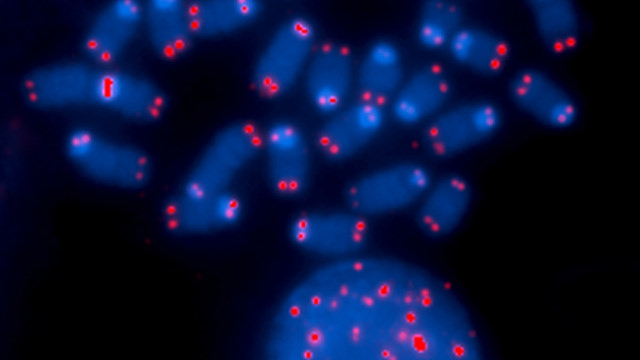 The findings “offer new insights into what types of stressors may potentially be most harmful in impacting biological aging markers,” Judith Carroll, who studies the links between behavior and health at the University of California, Los Angeles, Semel Institute for Neuroscience and Human Behavior and was not involved in the work, wrote in an email...

“A strength and novelty of this study is that the authors were able to investigate the cumulative effect of different kinds of stressful events across the whole lifespan of the participants,” wrote Iiris Hovatta of the University of Helsinki, Finland, who was also not involved in the work, in an email. “This is important because it is more likely that chronic stress leads into accelerated biological aging than single stressful life events.”

Eli Puterman, an assistant professor of kinesiology at the University of British Columbia in Vancouver, Canada, and colleagues analyzed telomere lengths of cells from the saliva samples of 4,598 people age 50 or older who took part in the University of Michigan’s Health and Retirement Study. The average age of the participants was 69. The individuals filled out multiple questionnaires on 17 potentially impactful childhood and adulthood adversities, categorizing them as either financial or social/traumatic events. Childhood adversities included trouble with police before age 18, repeating a school grade, parental use of drugs or alcohol, and physical abuse. Adulthood adversities included in the survey were death of a close family member, being a victim of physical attack, firing a weapon in combat, and a job layoff.

What is notable, according to Hovatta, is that this is a nationally representative group that reflects the entire population of the U.S. rather than specific stress-prone individuals or those diagnosed with an illness or disorder.

The cumulative effect of stressful effects over a lifetime seemed to increased the odds of having shorter telomeres in older age by 6 percent, but these effects were primarily driven by stressful events in childhood, the researchers reported. The increase in odds reflects what is above and beyond the health and demographic factors thought to affect telomere length, including a person’s age, race, body mass index, smoking status, and health problems.

In childhood, only social and/or traumatic but not financial incidents increased the odds of short telomeres after age 50, the scientists showed. For each person over 50 with shorter-than-average telomeres, it was the combined impact of stressful events endured during childhood that seemed to be the cause.

The authors didn’t examine every possible type of life stress that may be harmful, noted Carroll. “There may be certain stressful events or experiences that were not measured in this study that have as big an impact on cellular aging.”

For Hovatta, the results raise several questions. “While telomere length is considered a biomarker of biological aging,” she wrote, “this study did not address the effect of stress on health or lifespan and whether individuals with shorter telomeres have an increased mortality and morbidity in other prior studies. It would have been great to investigate whether, in this cohort, cumulative stress, short telomere length and morbidity/mortality are linked.”

“There is evidence that mild stress exposure can improve resilience, and that stress exposure needs to be optimized, not minimized,” Pat Monaghan of the University of Glasgow in the U.K. who did not take part in the study, wrote in an email.

“The severity, the chronicity, and, perhaps, timing of stressful events are likely to be important,” Puterman told The Scientist. He and his colleagues are now interested in examining whether interventions like diet and exercise might slow or even reverse telomere shortening and factors that may either compound or mitigate other molecular effects of stressful early-life events.