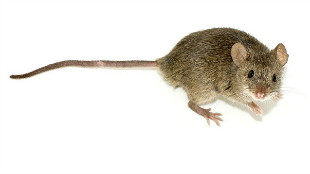 FLICKR, GEORGE SHULKINC-kit cells, which are found in the heart and supposedly act as cardiac stem cells, are the basis of a clinical trial to repair cardiac injury. But a new study published in Nature today (May 7) adds what some researchers are calling “definitive” evidence to the idea that these cells hardly ever produce new heart muscle in vivo. Using genetic lineage tracing in a mouse, a team led by Jeff Molkentin of Cincinnati Children’s Hospital Medical Center found that, while c-kit cells readily produce cardiac endothelium, they very rarely generate cardiomyocytes.

“The conclusion I am led to from this is that the c-kit cell is not a cardiac stem cell, at least in term of its normal, in vivo role,” said Charles Murry, a heart regeneration researcher at the University of Washington who was not involved in this study.

The latest findings add to a string...

Research led by Anversa has shown that c-kit cells—cardiac progenitor cells expressing the cell surface protein c-kit—can produce new cardiomyocytes. Anversa and others have helped usher the cells into clinical trials to test whether they might help repair damaged cardiac tissue.

Work by other teams, however, has raised doubts about the potential for c-kit cells to actually build new heart muscle. To help resolve the discrepancy, Molkentin and his colleagues developed a mouse in which any cell expressing c-kit—and any of that cell’s progeny—would glow green by a green fluorescent protein tagged to the Kit locus. They found that just 0.027 percent of the myocytes in the mouse heart originated from c-kit cells. “C-kit cells in the heart don’t like to make myocytes,” Molkentin told The Scientist. “We’re not saying anything that’s different” from groups that have not had success with c-kit cells in the past, Molkentin said, “we’re just saying we did it in a way that’s unequivocal.”

Molkentin’s study did not address why there’s a discrepancy between his results and those of Anversa and another leader in the c-kit field, Bernardo Nadal-Ginard, an honorary professor at King’s College London. Last year, Nadal-Ginard and his colleagues showed in Cell that heart regeneration in rodents relies on c-kit positive cells and that depleting these cells abolishes the heart’s ability to repair itself. Nadal-Ginard told The Scientist that technical issues with Molkentin’s mouse model could have affected his results, causing too few c-kit cells to be labeled. Additionally, “the work presented by Molkentin used none of our experimental approaches; therefore, it is not possible to compare the results,” Nadal-Ginard said in an e-mail.

In an e-mail to The Scientist, Anversa said his lab is working with the same mouse model Molkentin used, “but our data are too preliminary to make any specific comment. Time will tell.”

Molkentin’s paper only serves to darken the cloud that has moved over Anversa’s work on c-kit cells. Last month, a 2012 paper in Circulation by Anversa’s team was retracted because the data were “sufficiently compromised.” Days later, The Lancet published an expression of concern regarding supplemental data in the published results from the human clinical trial using autologous c-kit cells. Harvard Medical School and Brigham and Women’s Hospital continue to investigate what may have gone wrong.

Meanwhile, Marbán is advancing another type of stem cell, called cardiosphere-derived cells, through human clinical trials to try and treat tissue damage after a heart attack. Marbán said he had been a true believer in c-kit cells, until the data started mounting against them. “The totality of the evidence now says the c-kit cell is no longer a cardiomyocyte progenitor,” he told The Scientist.

If c-kit cells don’t produce new cardiomyocytes, as Molkentin and Marbán assert, where does that leave the clinical trial? Murry said that just because the preclinical, mechanistic basis for the human study is foundering, any promising clinical results are not to be dismissed. “Those results can be considered independent,” he said. Molkentin said it’s possible that c-kit cells work in unknown ways to repair heart tissue. He noted that clinical treatment involves high levels of c-kit cells immersed in culture conditions. “Perhaps these cells act a little different,” Molkentin said.

Nadal-Ginard did not dispute that discrepancies exist between his data and those of others, and agreed that these differences ought to be addressed. He said he’d be willing to work with Molkentin to get to the bottom of it. “The concept under dispute is too important for the field of regenerative medicine—and regenerative cardiology, in particular—to turn into a philosophical/dogmatic argument instead of settling it in a proper scientific manner.”