A team of scientists partnering with the Tsleil-Waututh Nation, one of the Coast Salish peoples that have inhabited the northwest coast of North America for millennia, has uncovered how local Indigenous communities managed salmon fisheries for thousands of years without exhausting them. Based on ethnographic surveys and genetic data from ancient remains: the key was that fishers harvested mostly males, the researchers report November 10 in Scientific Reports.

“Without the DNA stuff, we wouldn’t be able to trace the history of this Indigenous practice,” says Simon Fraser University archaeologist and lead study author Thomas Royle. “And without the Indigenous knowledge, if we just discovered a bunch of male salmon, we wouldn’t have known what happened.”

“These types of collaborations are the future of ecological studies and require an investment of time and an openness to new ways of seeing the world around us,” Lia Chalifour, a salmon ecology and conservation doctoral student at the University of Victoria who didn’t work on the study, tells The Scientist over email.

Study coauthor and University of British Columbia archaeologist Jesse Morin tells The Scientist over email that he designed the project for the Tsleil-Waututh Nation, which secured funding from the Port of Vancouver to pursue work that would validate its historical records.

As part of the project, Royle and his team conducted archeological research on salmon bones collected from four historic settlements along Burrard Inlet, a fjord just northeast of Vancouver. They extracted ancient DNA (aDNA) from the bones to confirm historical accounts that the primary species that was harvested by people in the settlements was the chum salmon (Oncorhynchus keta), they explain in a June paper in Journal of Archaeological Science: Reports. But then, collaborators unearthed other historical records that suggested Indigenous fishers preferentially harvested male salmon over females, so the team conducted a second genetic analysis to determine whether that was similarly reflected in the ancient remains.

Male and female chum salmon are easy to tell apart when they’re alive, but it becomes all but impossible to do so when only looking at vertebrae, explains Portland State University anthropologist Virginia Butler, who didn’t work on the study. That’s why “being able to extract that ancient DNA is essential” for determining sex.

Obtaining that genetic information was itself, no small feat, says Royle. The research relied on a PCR technique to amplify DNA extracted from the ancient bones that he developed as part of his PhD dissertation. The technique allows analysis of aDNA that’s been damaged over time by using primers that are sensitive enough to amplify DNA fragments that, like the aDNA they obtained from salmon remains, are only 100 base pairs or so long.

The technique was specifically designed to amplify a gene called sdY, which research from 2012 identified as the male sex-determining gene among salmon, says Royle. 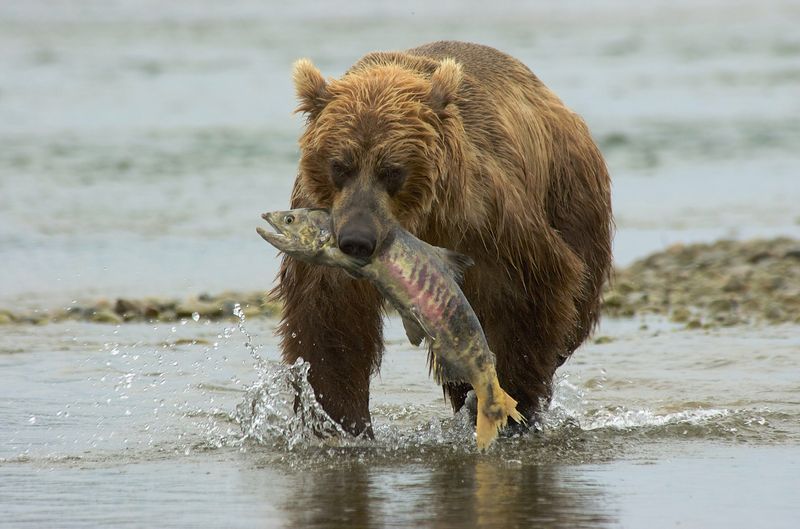 The bones were overwhelmingly male at two of the four sites and more balanced between male and female at the others, indicating that different fisheries used different strategies. One of the two male-dominated sites had twice as many male fish remains as female, and the other didn’t have any female fish bones at all. However, whether this harvest bias was intentional was unclear. So the Western-trained academics worked with members of the Tsleil-Waututh Nation to conduct an extensive ethnographic study of the nation’s historic and contemporary practices. Among the findings of that research was that while fishers in the community trapped both male and female salmon as they headed upriver to spawn, they did, indeed, preferentially smoke and eat male salmon, which they identified by their size, coloration, and enlarged frontal teeth.

It’s not clear when or how this practice originated, but oral histories suggested that the Coast Salish recognized that male fish can fertilize the eggs of multiple females, so a depletion in males upstream during spawning would have a minimal impact on the total volume of viable offspring produced. In short, they realized fishers could take the food without depleting the salmon population’s fecundity.

While the ethnographic data and genetic data line up well, both Butler and National Oceanic and Atmospheric Administration (NOAA) Fisheries Ecology Division Director Steve Lindley tells The Scientist that determining exactly why so many male chum salmon were extracted from some of the sites would require a time machine, even if, as Lindley put it, “this [study] gets close to that.”

Butler says it can’t be definitively determined whether the fishery practices of the ancient Tsleil-Waututh community had conservation as a goal or if they simply preferred the male fish because they were larger. The end result—a sustainable harvest—was accomplished either way.

She adds that a behavior with multiple benefits, in this case extracting more food per fish and managing a sustainable harvest, is more likely to be reinforced and cemented within a society. “These layers of benefits are important to a behavior getting fixed and moving along,” Butler says. 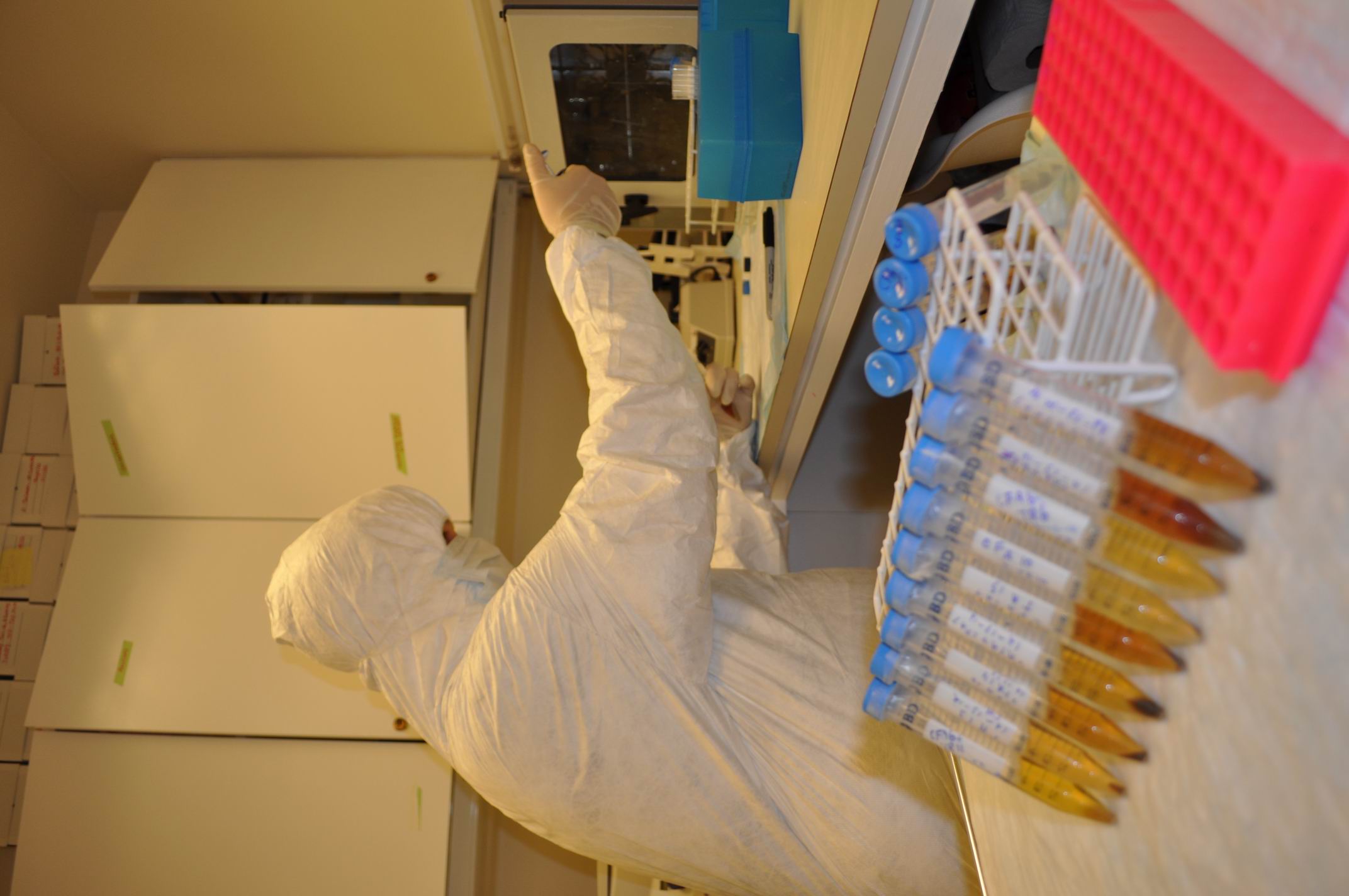 Experts tell The Scientist that the paper would have been stronger with a larger sample size of ancient bones. While the oldest usable remains were 2,000 years old, there weren’t enough fossils from different time points to evaluate how consistent these practices were across generations, Butler explains. Furthermore, the DNA in 29 of the 116 samples analyzed in the paper was too degraded to be useful, leaving plenty of room for future follow-up studies—assuming scientists can get their hands on more and better-preserved samples.

“The oldest samples—2,000 years old—happen to be the ones available,” Morin says. “Some of the sites have older deposits, but not much salmon remains preserved in those deposits.”

Lindley notes that it’s difficult to obtain usable samples of these “incredibly valuable” remains, and says that the researchers conducted the most robust analysis they could with the resources available to them. Still, Chalifour cautions that the small sample size could skew the results, though she acknowledges the difficulties of collecting and analyzing ancient DNA and commends the authors for processing as many samples as they did, adding that “in this case, these advanced scientific techniques are strengthened by the additional data derived from oral histories.”

Going forward, the researchers say they hope to continue expanding on the work and generate a more complete picture of Indigenous resource management practices dating even farther back in time. Royle explains that he also hopes to explain whether the practice of selecting male chum salmon emerged as an adaptive response to a scarcity crisis or whether it emerged gradually as people started to learn about ecosystem interactions.

The work may also have an immediate impact of importance to the Tsleil-Waututh Nation in the meantime. The impetus for the research into ancient salmon fishing practices stems from the Tsleil-Waututh Nation’s desire to be granted greater treaty rights by the Canadian government, specifically to comanage fisheries in the area rather than to have the entire system managed by the federal government in a top-down way, Royle explains, adding that demonstrating sustainable practices dating back to before European contact will help strengthen the case.

Lindley isn’t yet convinced that harvesting male salmon makes sense as a strategy now, as it may not be as effective when scaled up to the catch volume of modern fisheries. Furthermore, he adds, selective fishing can lead to artificial selective pressures that impact a species’ viability or cause traits preferred by fishers to vanish from the population.

While all fisheries are selective in some way, he says, “there are some concerns on the impact of a sex-selective fishery that I’d want to understand before recommending this as a management strategy”—though he adds that the practices in the paper probably aren’t extreme enough to have a deleterious effect on the wild population. Overall, Lindley says he’s excited by the way the paper blends modern science with the knowledge engrained in Indigenous histories.

“It’s heartening to see that we’re taking those perspectives more seriously,” Lindley says. “For too long, this kind of information was not valued as much as it should have been.”