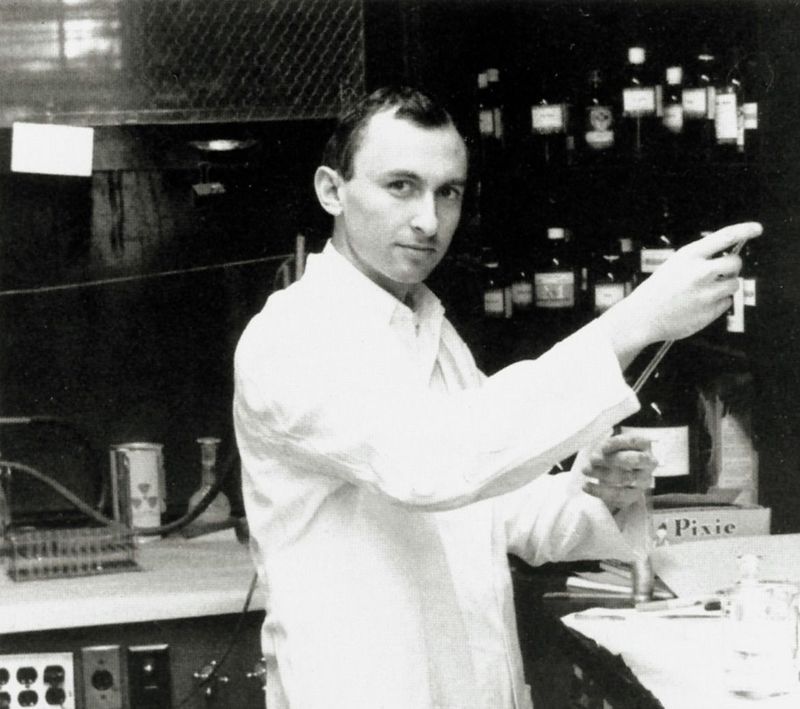 Alfred Alberts, a biochemist at Merck who discovered a cholesterol-lowering compound that led to the development of a widely used statin, died June 16. He was 87.

“Behind every drug there are heroes,” Michael Brown, a Nobel laureate at the University of Texas Southwestern Medical Center who uncovered key cholesterol-processing steps in cells, tells The New York Times. And Alberts was “an unsung hero.”

Born in 1931 in New York, Alberts studied cell biology, but dropped out of a PhD program at the University of Maryland to take a job at the National Institutes of Health. There, he met his longtime collaborator P. Roy Vagelos in 1959 and began working in his lab. It was the beginning of a life-long partnership.

Alberts was a modest scientist who didn’t get a lot of credit for his contributions, but lovastatin, as the drug came to be named, “[t]hat was Al’s discovery,” Vagelos tells The Times.

Alberts is survived by his wife, three children, and two grandchildren.