Caltech’s Frances Arnold, who advanced a technique called directed evolution to shape the function of enzymes, has received the Nobel Prize in Chemistry today (October 3). She shares the honor with George Smith, now emeritus professor of the University of Missouri, and Gregory Winter, emeritus group leader at the Medical Research Council Laboratory of Molecular Biology (LMB) in Cambridge, UK. Smith and Winter are both recognized for their work on a lab technique known as phage display in the directed evolution of new proteins—in particular, for the production of antibody therapeutics.

“I’d like to congratulate this year’s laureates for their tremendous breakthrough work in using chemistry to speed nature's own processes,” Peter Dourhout, president of the American Chemical Society, says in a statement. “The breakthroughs from these researchers enable that to occur thousands of times faster than nature to improve medicines, fuels and other products. This is truly directed evolution using chemistry.”

In all the clutter of potential lines of investigation, he had a laser-sharp focus.

First reported by Smith in 1985, phage display involves the introduction of foreign DNA coding for a protein, such as an antibody, into a bacteriophage—a virus that infects bacteria. That protein is then displayed on the surface of the phage. Researchers can use these protein-displaying phages to screen for interactions with other proteins, DNA sequences, and small molecules.

Speaking to the Associated Press this morning, Smith emphasized the role of others’ work in his achievement. “Very few research breakthroughs are novel,” he says. “Virtually all of them build on what went before. . . . That was certainly the case with my work.”

Winter, who cofounded the biotech company Cambridge Antibody Technology in 1989, developed the technique for the purpose of finding novel therapeutics. In 1993, his research group used phage display to successfully isolate fragments of human antibodies that could bind specific antigens. The genes for these fragments could be expressed in bacteria, the team reported, and could offer a “promising alternative” to mouse-based methods for the “production of antibodies against cell surface molecules.”

In 2002, adalimumab (Humira), a therapeutic produced by this approach, was approved by European and US regulators for the treatment of rheumatoid arthritis. Speaking in 2006, Winter called the approval “the sort of thing I’m most proud of.” The technique has since been used to isolate molecules against autoimmune diseases, multiple cancers, and bacteria such as Bacillus anthracis—the cause of anthrax.

At a press conference earlier today, Winter, who was knighted in 2004, described himself as “a bit numb for a while” on receiving the news from Sweden. “I’m just so lucky,” he added. “There are so many brilliant scientists and there aren’t enough Nobel prizes to go around. . . . I feel very grateful.”

The methods that Frances Arnold developed laid the ground to develop enzymes for more sustainable chemistry.

Philipp Holliger, a program leader at the LMB and previously a PhD student and postdoc in Winter’s lab during the 1990s, tells The Scientist that Winter’s award “is very well deserved—I couldn’t be happier for Greg.” While working on techniques to produce antibody therapeutics in bacteria, Holliger recalls, he was inspired not only by Winter’s “boyish enthusiasm” about the research projects themselves, but by the direction of what projects to pursue. “He had this remarkable ability to see the important problems to solve,” he says. “In all the clutter of potential lines of investigation, he had a laser-sharp focus.”

The prize marks the 12th time that a LMB researcher has won a Nobel. “This is really a great story for how science progresses from fundamental research to things that now, ultimately, are really beginning to benefit patients,” says Holliger. “I think that promise is being realized, and it’s wonderful to see.”

Directed evolution has also moved beyond the lab to applications in the field, but more so in the chemical industry. Arnold’s pioneering work to use the principle of evolution to engineer enzymes to perform particular functions began with a molecule called subtilisin E. She and her colleagues used random mutagenesis to produce myriad varieties of the enzyme, then selected those with desirable properties, mutated them randomly again, and repeated. Reporting in PNAS in 1993, the team was able to produce a subtilisin E that was 256 times more efficient than the original, and in a challenging chemical environment, no less.

Over the years, Arnold continued to hone the method and apply it to different molecules, even creating enzymes with functions not otherwise seen in nature. For instance, in 2013, Arnold’s team developed a bacterial enzyme that could produce cyclopropanes via a chemical reaction that biological organisms had not performed before.

The technique became “incredibly widely used,” says Lingchong You, a synthetic biologist at Duke University who did a postdoc under Arnold’s mentorship. “It’s used in all sorts of disciplines including bioengineering, chemistry, biology—when people try to use this technique to optimize a particular function of interest.”

Directed evolution has also had a big effect on the chemical industry, aiding efforts to develop production methods that are more energy efficient. “The methods that Frances Arnold developed laid the ground to develop enzymes for more sustainable chemistry,” says Volker Sieber, a professor at Technische Universität München who was a postdoc in Arnold’s lab.

You says Arnold’s recognition by the Nobel committee is not a surprise. Among her many honors, she received the National Medal of Technology and Innovation in 2011 and was awarded the Millennium Technology Prize in 2016. “It was quite expected,” You says. “It’s only natural for this to happen.” 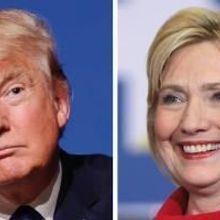 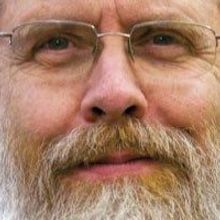