By combining four synthetic nucleotides with the four found naturally in nucleic acids, researchers have created eight-letter DNA molecules that look and behave like the real thing, and are even able to be transcribed into RNAs, according to a paper in Science today (February 21). With twice the information storage capacity of natural nucleic acids, these eight-letter, or “hachimoji” molecules—could have countless biotechnological applications, say scientists.

“This is really an exciting paper . . . a true engineering feat. It elegantly increases the number of DNA and RNA building blocks and dramatically expands the information density of nucleic acids,” Northwestern University’s Michael Jewett, who was not involved with the research, writes in an email to The Scientist.

“It’s really exciting to see somebody engineer [such] a system,” says biologist Eugene Wu of the University of Richmond who also did not participate in the project. “It begs the question, at the origins of life, why these four [nucleotides formed nucleic acids]? Why couldn’t it have been eight or some other number?”

Whatever the reason, for the last 4 billion years or so, just two base pairs—formed between guanine (G) and cytosine (C), and between adenine (A) and thymine (T), or in the case of RNA, uracil (U)—have been all that was required for nature to create the endless variety of life found on Earth. But in theory there could have been more, says project leader Steven Benner of the Foundation for Applied Molecular Evolution and Firebird Biomolecular Sciences in Florida.

A base pair forms when a purine (G or A) connects via hydrogen bonds to a pyrimidine (C, T, or U). Yet there are other purine- and pyrimidine-type structures that could hypothetically connect to produce the same helical structure as standard DNA.

Benner has calculated that a total of four additional hydrogen-bonded base pairs, formed from eight novel structures, are possible. Essentially, DNA has not exploited its structural limits completely, he says. “And for that reason, the DNA molecule could be expanded. . . . You could actually add more letters”.

Benner’s team has previously incorporated two synthetic nucleotides—one base pair, Z and P—into DNA and shown that these can be replicated and transcribed in vitro. Now, his team has added another pair, S and B.

The team incorporated the chemically synthesized novel nucleotides into double-stranded oligonucleotides (also containing G, A, T, C, Z, and P) and then tested the molecules’ melting temperatures—the point at which the hydrogen bonds are disrupted to form single-stranded molecules. The observed melting temperatures were on average within 2.1 oC of predictions—a similar margin of error for standard DNA oligonucleotides.

“What Steve’s now shown is that you can literally double the units that can be incorporated into DNA and maintain that [predictable chemistry], which I think is spectacular and . . . a landmark achievement,” says Floyd Romesberg of The Scripps Research Institute in California who was not part of the research team.

Chemically speaking, then, hachimoji DNA looks and behaves like standard DNA. Enzymes that read and process nucleic acids, however, are hard to fool, so to transcribe hachimoji DNA into RNA—a test of its information-transmitting ability—the team tried a number of bacteriophage RNA polymerase variants until they found one capable of the task.

Using this RNA polymerase the team transcribed a hachimoji version of a known RNA aptamer—called spinach—that binds and illuminates a particular fluorophore. Sure enough, the transcribed hachimoji RNA glowed as expected.

The ability to make functional hachimoji RNAs “opens up a lot of possibilities in the RNA biotechnology field,” says biological chemist Nigel Richards of Cardiff University who did not participate in the research. RNAs can be catalytic molecules, he explains, so with a new palette of nucleotides, “you have more functional groups that can make different types of interactions with their target molecules . . . [increasing] the range of catalysis that you can do.”

Hachimoji DNA could even be combined with other types of artificial nucleotides that are based on a different base-pairing chemistry, thus potentially increasing functionality yet further, says Ichiro Hirao of the Institute of Biotechnology and Nanotechnology in Singapore who was not involved with the research.

There really are, says Romesberg, “an uncountable number of applications.” 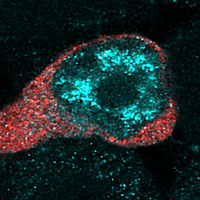