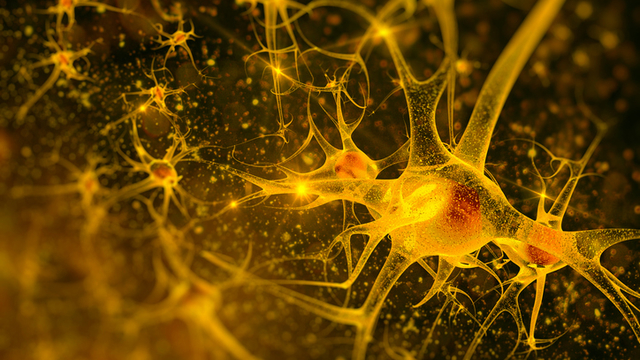 ISTOCK, SVISIOResearchers in China have taken cell therapy for Parkinson’s disease one step further. In research published in Stem Cell Reports on June 14, scientists report improvements in the motor abilities of monkeys with Parkinsonian symptoms after grafting dopamine neurons derived from embryonic stem cells (ESCs) into their brains. The findings will serve as preclinical data for China’s first ESC-based clinical study for the neurological disease.

“Since there are a number of therapies being developed, there is no overwhelming theoretical support for a particular cell type, and actually studying them in advanced animal models and then even in patients makes sense to determine what works best,” D. Eugene Redmond Jr., a psychiatrist and neurosurgeon at Yale Stem Cell Center who was not involved in the study, writes in an email to The Scientist.

Bao-Yang Hu, a stem cell biologist at the Institute of Zoology of the Chinese Academy of Sciences, and his colleagues chose to use dopamine neurons developed from parthenogenetic ESCs, obtained from an unfertilized oocyte. “Parthenogenetic ESC cells are considered by some to be less ethically controversial than [other] embryonic stem cells,” because they do not form an embryo, writes Redmond. Further, if used in the same person from whom they were derived, parthenogenetic ESCs may bypass immunological issues arising from transplantation. Incidentally, the first human stem cell–based replacement therapy for Parkinson’s disease is being carried out in Australia by the International Stem Cell Corporation using this kind of stem cell.

Hu and his colleagues set out to validate the efficacy of dopamine neurons obtained from parthenogenetic ESCs. First, they used neurotoxins to induce Parkinson’s symptoms in long-tailed macaques. Then, Hu’s team grafted dopamine-producing neurons, reprogrammed from the stem cells, into the striatum region of the brains of the diseased monkeys. After the surgery, the researchers observed spontaneous recovery in the animals, some of whom showed signs of improved motor skills and reduced rigidity by the first month.

On the basis of these findings, researchers launched a clinical trial, with transplantations conducted on two patients in China in 2017. A total of 50 patients are to be enrolled over the next two years.

The monkeys’ outcomes were highly variable, however. While some showed significant and stable improvements in their symptoms, others saw the effects wane within eight months following transplantation. To figure out why the animals had inconsistent outcomes, Hu’s group compared results from MRI imaging to dopamine levels and behavioral improvements, finding that monkeys that showed greater improvements also had higher levels of dopamine and their grafts were in certain regions of the brain.

“Monkeys that exhibited significant behavioral improvement had elevated [dopamine] levels and contained grafts precisely located at the putamen or caudate nucleus,” regions of the striatum that contribute to the loss of motor skills in Parkinson’s disease, writes Hu in an email to The Scientist. “Therefore, the precise targeting into the striatum was important to the overall outcomes of transplantation.”

“The placement of the cells is critical,” agrees Marina Emborg, who studies Parkinson’s disease at the University of Wisconsin-Madison and was not involved in the study.

Additionally, Hu writes, he and his colleagues observed “spontaneous behavioral recovery following the surgery itself.” Two of three monkeys that were injected with culture media but did not receive dopamine neurons showed behavioral improvements post-surgery. Thus, the initial two months may be indicative of the overall improvements following surgery with or without transplantation.

Researchers caution that the study examined relatively few animals, with only seven animals receiving neural transplants. “The sample size for primate studies is never large enough, so I would prefer seeing parallel assessment in a rodent model,” Jeanne Loring, a developmental neurobiologist at the Scripps Research Institute who was not involved in the study, writes in an email to The Scientist.

While Redmond finds the inconsistent results worrying, he says the small sample size is akin to that of other primate research on Parkinson’s. “Although they used a small number of monkeys . . . their group sizes were comparable to some of the better studies.”