Update (February 7): Eric Lander announced his resignation from his post as director of the Office of Science and Technology Policy Monday night, STAT reports.

Eric Lander, the director of the Office of Science and Technology Policy and a member of President Joe Biden’s cabinet, issued a formal apology on Friday (February 4) after an internal investigation revealed that he had bullied and disrespected members of his staff.

“It’s my responsibility to set a respectful tone for our community. It’s clear that I have not lived up to this responsibility,” Lander wrote in an email to his 140-person staff that was provided to Politico, which first broke the story. “This is not only wrong, but also inconsistent with our Safe and Respectful Workplace Policy. It is never acceptable for me to speak that way. I am deeply sorry for my conduct. I especially want to apologize to those of you who I treated poorly or were present at the time.”

In the days since his apology, Politico has published a more detailed investigation into the allegations at the heart of the internal review. The investigation began after Rachel Wallace, Lander’s then-general counsel, lodged a complaint with Christian Peele, the White House deputy director of management and administration for personnel, in September 2021. Speaking to Politico, Wallace details how Lander “retaliated against staff for speaking out and asking questions by calling them names, disparaging them, embarrassing them in front of their peers, laughing at them, shunning them, taking away their duties, and replacing them or driving them out of the agency,” she says, adding that “numerous women have been left in tears, traumatized, and feeling vulnerable and isolated.” In addition, she also alleges that Lander retaliated against her personally by demoting her.

The White House review supported some of her claims, with Peele noting in a recorded briefing shared with Politico that “the investigation found credible evidence of instances of multiple women having complained to other staff about negative interactions with Dr. Lander, where he spoke to them in a demeaning or abrasive way in front of other staff.” And while the investigation did not find that Wallace’s reassignment constituted a breach of conduct, her exclusion from meetings and assignments did. The report on the investigation did not support the initial allegation that Lander was engaging in gender-specific discrimination.

But in its own investigation, Politico details specific instances of abuse shared by anonymous staff members, who noted that Lander “has a bit of Jekyll and Hyde personality,” and that while he taunted both men and women, he seemed to take particular pleasure in making women look foolish in front of colleagues. “The most terrifying part about him is the open and brazen way he conducts his abuse,” one staffer says. “After repeatedly insulting and humiliating me in front of colleagues, Lander acknowledged his inability to control himself, telling me ‘I hate that I do it.’” 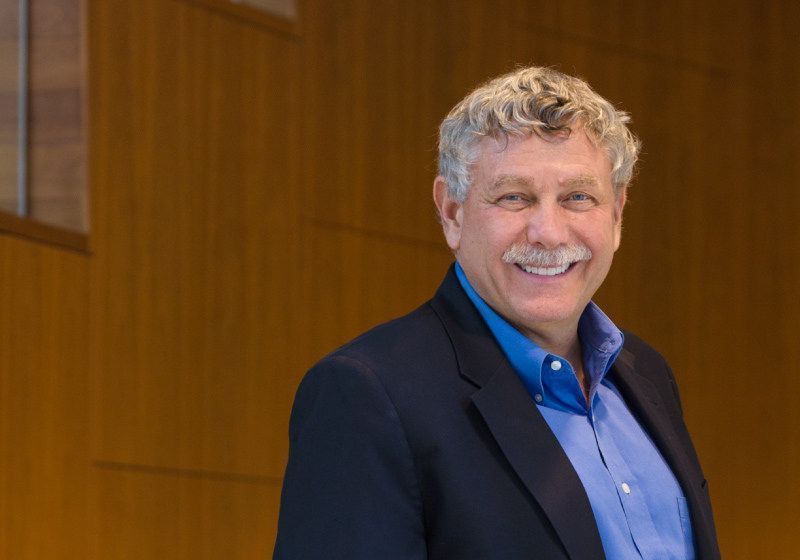 President Biden had previously claimed that those who violated the White House’s Safe and Respectful Workplace Policy would be fired “on the spot.” The White House has yet to release an official statement about the investigation of Lander, although the Associated Press reports that senior administration officials have met with him to discuss his actions and management of the office. In statements to Politico, a White House spokesperson confirms that “White House leadership met with Dr. Lander to discuss the seriousness of the matter and the President’s expectation that all staff interactions be conducted with respect,” while an Office of Science and Technology Program (OSTP) spokesperson notes that “the investigation found credible evidence of violations of the [Executive Office of the President’s] Safe and Respectful Workplace Policy, and corrective action was taken consistent with those findings.”

In the recording shared with Politico, Peele noted that the White House would require Lander to hold collaborative meetings with subordinates, including “brown bag sessions,” and that OSTP staff would undergo mandatory training on its workplace policy. Peele added in the briefing that officials would touch base after roughly a month to assess whether the issues were ongoing.

At least eight current and former staff members who spoke with Politico felt that Lander’s punishment should be more severe, and some scientists and staffers say that they believe Lander should be fired. Jonathan Eisen, an evolutionary biologist at the University of California, Davis, began a petition today (February 7) calling for Lander’s removal, stating in part that “such behavior is inappropriate for anyone in a position of power in science and especially inappropriate for the USA’s top science advisor and head of the White House OSTP.” On Twitter, other scientists expressed a lack of surprise about the findings of the internal investigation, with one professor noting that “I like Joe Biden, but I swear he and Eric Lander may be the only people on earth who didn't see this coming.”

Wallace, who had initially refused to speak to Politico during its investigation, says that she changed her mind after reading Lander’s email. “Lander’s apology did not come close to addressing the full extent of his egregious behavior,” she says. “He did so much more than speak to staff in a ‘disrespectful or demeaning way.’ Lander’s apology was not only disingenuous. It compounded the deep hurt and damage he has caused by ignoring these other acts of aggression, harassment and retaliation.”

Lander has courted controversy throughout, and even before, his tenure at OSTP; indeed, STAT notes that this moment is only the latest in a series of high-profile incidents, often accompanied by apologies. Following his pioneering work on the sequencing of the human genome and his founding of the Broad Institute of MIT and Harvard, Lander became involved in scandals over his relationship with Jeffery Epstein; a public toast of James Watson in which Lander failed to acknowledge Watson’s history of racist and misogynistic remarks; and a 2016 article he wrote that was perceived as slighting two women, Jennifer Doudna and Emmanuelle Charpentier, whose work on CRISPR gene editing technology earned them a joint Nobel Prize in 2020. When he was first nominated for the OSTP directorship, a coalition of women scientists said that his appointment was evidence that “the glass ceiling in American science remains intact” and that Biden was failing to “meet the moment.”

Speaking to Politico, an unnamed staff member says that Lander’s conduct was worthy of dismissal. “There are a lot of brilliant people in this country. I completely reject the notion that his brilliance is so singular and critical to the nation that his behavior is excusable.”