After nearly three years of contract negotiations, a consortium of nearly 700 German libraries, research institutes, and universities called Project DEAL has forged an agreement with the scholarly publisher Wiley that moves the publishing industry towards more open access. The contract signed January 15 allows German researchers at these organizations to read Wiley’s online content for a yearly fee while making their papers published though Wiley free for all.

“We have achieved a core goal: a fair pricing model, which will allow us to make research accessible in an affordable and sustainable manner,” says DEAL head Horst Hippler in a statement.

The new, three-year contract is the first such nationwide agreement brokered between a leading research country and a publisher, Science reports. “The annual fee will be based on the number of papers they publish in Wiley journals—about 10,000 in previous years, says one of the negotiators,” according to Science.The amount should roughly equal what these institutes had previously been paying Wiley.

The mostly publicly funded German institutions include the Max Planck Society, which ended its subscription to the publisher Elsevier’s journals in December after several failed attempts at an open-access agreement. Earlier last year, roughly 300 institutions in Germany and Sweden refused to renew subscriptions with Elsevier.

This new agreement could help put the pressure on Elsevier as well as on Springer, which Project DEAL has also been in talks with, reports Science.

Germany’s initiative is one of several efforts at bringing down paywalls across Europe. In September, 11 national funding agencies launched “Plan S,” which requires academics receiving their financial support to make articles open access upon publication beginning in 2020.

See: “Plan S: The Ambitious Initiative to End the Reign of Paywalls” 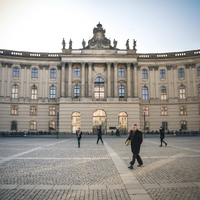 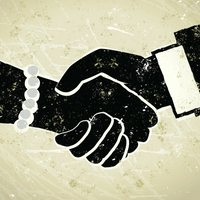