Born in Nairobi to accomplished paleontologist parents Louis and Mary Leakey, Richard was the second of three sons. At age six, he uncovered his first fossil, an extinct giant pig’s jaw, reports National Geographic. At first, Leakey was hesitant to follow in his parents’ footsteps, instead dropping out of school at 16 and pursuing interests such as trapping animals for universities and museums, flying, and giving safari tours, according to a profile by the American Academy of Achievement. However, in 1965, he travelled to London in an attempt to continue his education. Instead of completing his degree in anthropology, Leakey returned to Kenya where he managed paleontological expeditions, according to The New York Times. 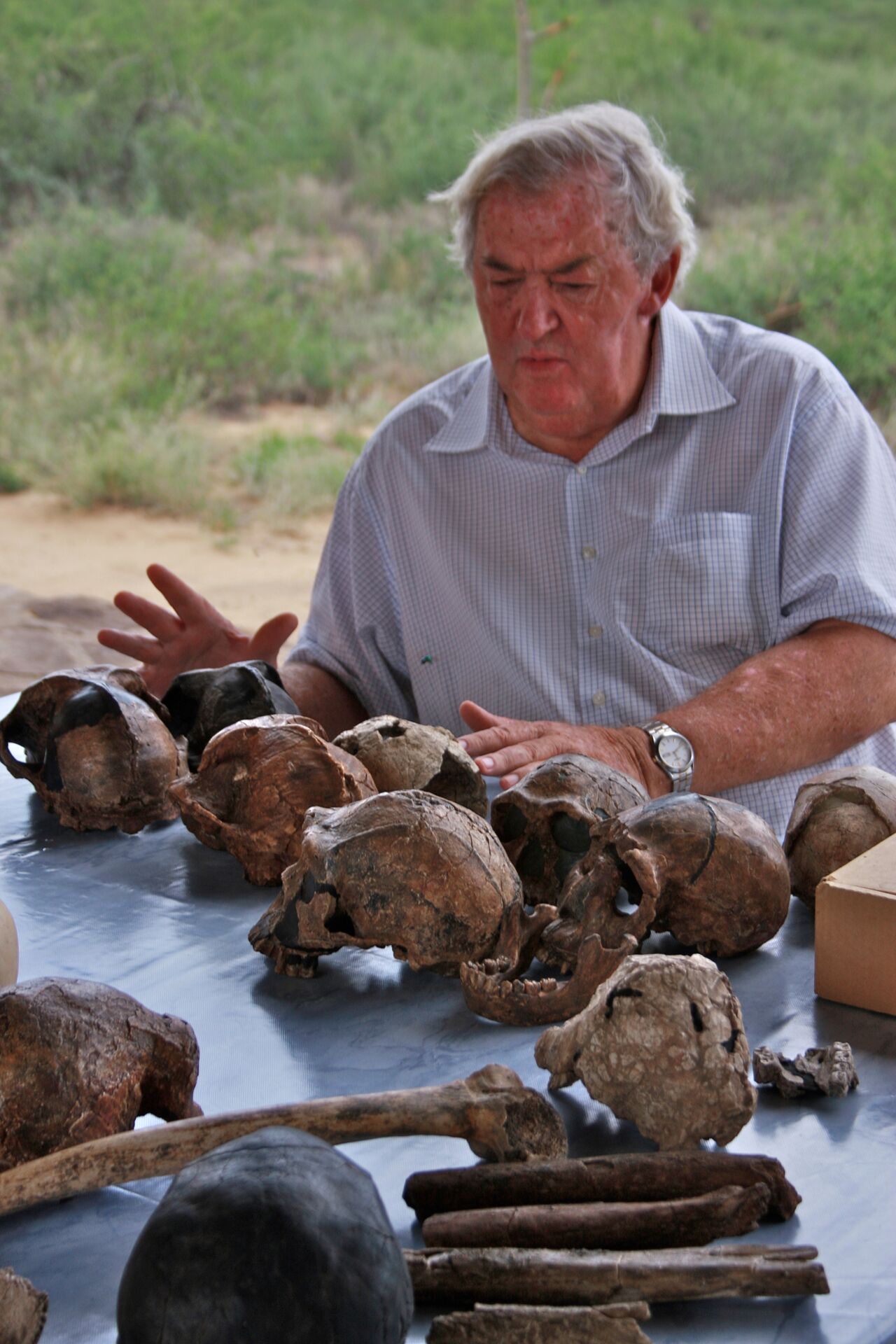 In 1968, he was appointed director of the National Museum of Kenya. During his tenure there, he excavated hundreds of fossils from the Lake Turkana area, including a a famous Homo habilis skull named “1470” which is over 2.5 million years old and served as evidence that anatomically modern humans’ origins extend farther back than anticipated

Leakey married Meave Epps, an English zoologist, in 1970. Leakey and his team, who were dubbed the “Hominid Gang,” unearthed many ancient human remains and tools from the early Stone Age that dated back to almost two million years ago, National Geographic reports. His findings landed him on a 1977 cover of TIME magazine. In 1984, Leakey and his colleagues discovered “Turkana Boy,” a 1.6-million-year-old, almost complete skeleton of a male Homo erectus, reports the Times. Lawrence Martin, Stony Brook University paleoprimatologist, tells the Times that Leakey “has probably been responsible for producing close to half of the world’s evidence for human evolution.”

Leakey was appointed head of the Kenya Wildlife Service in 1989 where he took on the more political mantle of a passionate conservationist, burning tons of confiscated ivory in Nairobi National Park, National Geographic notes. During the 1990s, he wrote several books about the origins and evolution of humans. In 1993, he survived a plane crash, and both of his legs had to be amputated below the knees. A few years later, while serving as cofounder and secretary general of the political party Safina, he was publicly whipped outside a courthouse by members of an opposing political party, according to the American Academy of Achievement. Undaunted, he was elected to parliament in 1997 and served for four years.

After retiring from his political position in 2001, Leakey moved to the US and became a professor of anthropology at Stony Brook University. In 2004, he founded the conservation organization WildlifeDirect, which provides an online platform for African conservationists to raise awareness and protect wildlife. In a tribute to Leakey by WildlifeDirect, the conservationist is described as “a mentor to dozens of Africans in diverse fields” and someone who “had played a key role in shaping the world’s view on Africa’s place in the human evolution story, on the development of multi party democracy in Kenya, and on influencing climate change dialogue.”

University of Wisconsin-Madison paleoanthropologist John Hawks credits Leakey for “creating an entire scientific, interdisciplinary infrastructure that enabled discoveries,” he tells the Times. Leakey is also the founder of a museum called Ngaren, located in the Rift Valley, Kenya, at the site of the Turkana Boy discovery. That facility is set to break ground this year and will focus on humanity’s origins, common ancestry, and evolution. The museum’s webpage quotes Leakey as saying, “I believe that if we can make the science of the origins of humanity accessible and exciting to everyone, and show people the amazing journey of humanity, we can shift paradigms and change the world.”

According to WildlifeDirect’s tribute, Leakey is survived by his wife Meave Leakey, also a recognized paleontologist, and their two daughters.