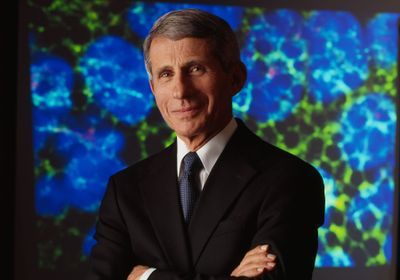 Update (August 14): Reuters reports that patients with Ebola are now being treated in DRC with mAb114.

More than a decade after an 1995 Ebola outbreak in Kikwit, Democratic Republic of Congo, researchers found a survivor who still harbored antibodies against the virus. One of those antibodies, mAb114, has since been developed as a drug by the US National Institute of Allergy and Infectious Disease (NIAID), together with the Army Medical Research Institute of Infectious Diseases and the Defense Advanced Research Projects Agency. Although the drug is still in a Phase 1 clinical trial, Reuters reports that DRC officials are prepared to use it to treat patients in the current Ebola outbreak in that country.

The Scientist spoke with NIAID Director Anthony Fauci to learn more about mAb114.

The Scientist: How does mAb114 work?

Anthony Fauci: This is an antibody that is derived from a person who was infected with Ebola back in the 1995 Kikwit outbreak, so this is a DRC . . . patient who was infected and recovered. We got the B cells from the patient, cloned it, and the individuals here at the NIAID Vaccine Research Center developed it. It’s a monoclonal antibody directed against the specific component of the Ebola virus, very much similar to the kind of thing that you give passive transfer of antibodies for other types of infections. It blocks the binding of the Ebola virus to the target cells in the body.

TS: What about the treatment is novel?

AF: There is another drug called ZMapp, which is really a combination of three monoclonal antibodies, that has been used in a clinical trial that we did at [the National Institutes of Health]. . . . It showed a strong suggestion of efficacy . . . [but] we didn’t get enough patients to get enough power in the study.

A monoclonal antibody as passive transfer therapy for Ebola isn’t a totally novel concept. The reason this one is interesting is because . . . it only requires a single passive transfusion to block infection in an animal, whereas the ZMapp required three injections over a prolonged period of time. We haven’t done a head-to-head comparison of this with anything, but we do know that for convenience of administration, it doesn’t require a cold chain, you can lyophilize [freeze-dry] it.

Fauci donned protective gear in 2015 to treat a patient with Ebola.
FLICKR, NIAID

TS: Have you seen any results so far from the clinical trial of mAb114?

AF: The monoclonal antibody 114 was started in a Phase 1 trial purely to determine its safety and whether it induces an immune response in an individual that you might predict would be protective—in other words, does it induce a response similar to the response that protected the animals . . . when they were challenged with Ebola? The Phase 1 trial was conducted here, at the NIH; it is a three-dose trial starting off with 5 mg, 25 mg, and then 50 mg. We got through all the doses, and it looks quite safe in humans, and it [should provide a good level of immunity to the virus]. We have no indication of efficacy in humans because we haven’t yet treated anyone with Ebola with this antibody. The investigators in DRC want to use this antibody in the current outbreak, but we don’t have any results yet, whether it’s effective or not.

TS: Do you know for certain whether the drug will be used in the current outbreak?

AF: We shipped 10 doses; we have another 90 doses available if [the DRC investigators] want it. It’s going to be up to them. As of this weekend, they were talking about the fact that they were planning on using it.

Clarification (August 14): At Fauci's request, language in the paragraph about clinical trial results has been clarified (noted in brackets). 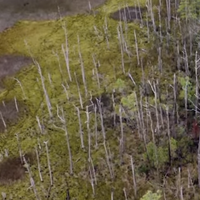