Alakananda Dasgupta is a freelance science journalist based in New Delhi, India, who contributes to The Scientist. She is a medical doctor and a pathologist by training. In 2018,...

In early March, in a conference call with researchers in China, hematologist Alfred Lee, George Goshua, and others at the Yale School of Medicine were forewarned about an unusual finding in COVID-19 patients in advanced stages of the disease. Doctors were observing ischemic digits, or black fingers and toes. To Lee and Goshua, this sounded like a microvascular thrombosis, minute blood clots in small blood vessels. A few weeks later, the Yale physicians were confronted with their first COVID-19 death, ostensibly due to a major blood clot in the patient’s lung, which prompted them to set up a panel of clotting tests for COVID-19 patients.

What came back was something Lee had never seen before: levels of the von Willebrand factor (VWF), a protein involved in blood clotting, were through the roof; they had surpassed the upper limit of detection of the laboratory assay the group was using. Because VWF is released from endothelial cells that line blood vessels, Lee’s natural inference was that the endothelium was somehow damaged and releasing enormous amounts of VWF that was then contributing to blood clots.

The Yale team then ran a series of screens for other markers of endothelial damage on 68 COVID-19 patients, and the results published in The Lancet Haematology in June show that proteins such as soluble P-selectin were also elevated in critically ill COVID-19 patients compared with healthy controls. One of the markers, soluble thrombomodulin, even correlated with how long patients stayed in the hospital and whether they died. From these data, the investigators deduced that endothelial injury is linked to disease severity in COVID-19 and that strategies geared toward palliating this damage could improve disease outcomes.

It’s impossible to say which came first—the coronavirus infection or the endothelial damage, which is a known feature of diabetes, hypertension, and other diseases, notes Miriam Merad, an immunologist at the Icahn School of Medicine at Mount Sinai in New York who was not involved in the study. Conditions such as diabetes, hypertension, obesity, and aging—comorbidities present among Lee’s COVID-19 patients—could have also played a part in the vascular damage, she adds. Still, “I think studying the vasculature is very important [in COVID-19],” she tells The Scientist.

Goshua comments that to be able to see an endothelial cell signal despite having only one blood sample per patient was something quite profound. In fact, researchers have come to view the vasculature as the tissue most vulnerable to damage from SARS-CoV-2 infection, Thomas Lüscher, a cardiologist at Imperial College London who has been studying the endothelium for more than three decades, tells The Scientist. “The concept that the endothelium is the main target of this virus is really very important.” Endothelial cells in the lungs play a central role in orchestrating damage to this organ, which is the chief target of the SARS-CoV-2. 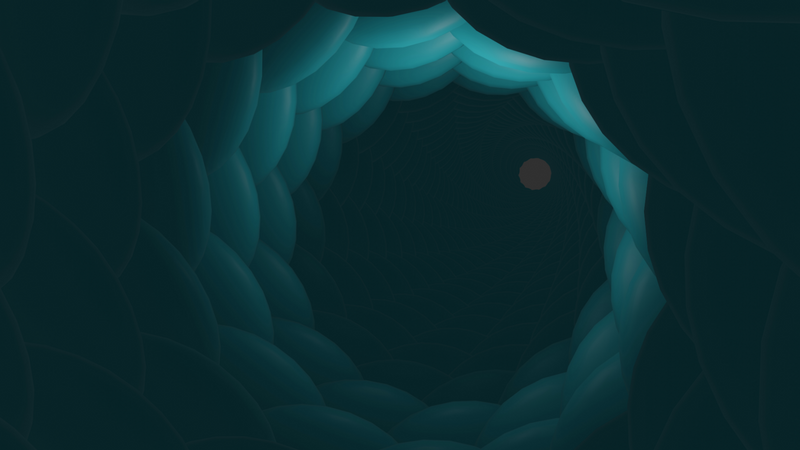 The endothelium as a common theme in COVID-19

The endothelium comprises a single layer of cells that forms the interior lining of blood vessels throughout the body. The tissue physically insulates blood elements from the highly thrombogenic, or clot-promoting, subendothelial connective tissue. In addition, under normal conditions, blood cells flow past without getting stuck because of the balance between the pro- and anti-clotting properties of the endothelium.

“The endothelium is like Teflon. Nothing sticks to it,” Harvard Medical School’s Denisa Wagner tells The Scientist. But just as a Teflon pan becomes sticky when scratched, a host of factors—including viral infection and encounters with agents of inflammation—makes it sticky. Such insults trigger endothelial release of VWF, which tethers platelets—cells involved in clotting—to the vessel wall, while the elevation of P-selectin causes leukocytes or immune cells to stick to the endothelium as well. This sets in motion a cascade of events that drives clot formation and inflammation—two defining features of severe SARS-CoV-2 infection.

Pathology and autopsy studies have found particles of SARS-CoV-2 inside endothelial cells, and a growing body of evidence suggests that the endothelium plays a key role in the disease. In the early days of the pandemic, doctors discovered that damage to the endothelial lining in the lungs was associated with the fluid leakage and acute respiratory distress syndrome. Following this, researchers linked blood clots in the lungs and elsewhere to endothelial injury, and studies found viral particles in endothelial cells in organs other than the lungs, such as the kidneys. Thus, damage to the endothelium and the ensuing clotting and inflammation emerged as potential drivers of the strokes, cardiac injury, kidney disease, and other features of the disease.

Researchers have come to view the vasculature as the tissue most vulnerable to damage from SARS-CoV-2 infection.

“The protean manifestations of COVID-19 strongly implicate activation and dysfunction of the endothelium” as a unifying consequence of infection, “which can help us frame our thinking about the disease [mechanism],” says Peter Libby, a cardiovascular specialist at Harvard Medical School who has been studying the endothelium for nearly 40 years. He adds that this hypothesis “helps [us] understand why this disease so perniciously affects so many different organ systems.”

This hypothesis has been primarily based on clinical observations. Lee’s finding of high VWF levels and another study from Western University’s Douglas Fraser offer the best mechanistic evidence. Fraser and his colleagues tracked endothelial markers in 10 ICU patients with COVID-19, 10 ICU patients who were hospitalized for other reasons, and 10 healthy controls. The team found results similar to Lee’s investigation, such as raised plasma VWF and soluble P-selectin levels. In addition, Fraser and his colleagues noted telltale signs of damage to the glycocalyx, a moss-like molecular coating that envelops the endothelium, in COVID-19 patients.

Aaron Petrey, an immunologist and glycobiologist at the University of Utah School of Medicine, says that glycocalyx degradation and shedding is a theme in sepsis—which can occur in COVID-19—so “it’s unclear if this is a unique feature of COVID-19.”

Wagner, who has studied the endothelium for close to 40 years, tells The Scientist that both studies are a very good beginning to studying the endothelium in COVID-19. She says the finding that VWF is majorly increased is particularly noteworthy. “That, I think, is super important” to the increased tendency for clotting seen in COVID-19 patients.

Fraser, who published the results in August, says keeping close watch on endothelial cell markers and glycocalyx degradation could aid doctors in treating COVID-19 patients, alerting them to when it’s time to deploy medical interventions such as ventilators. Libby adds that these endothelial indicators also give doctors tools to assess which patients are likely to develop a blood clot and therefore should be treated with appropriate medications, such as blood thinners.

See “Could Statins Reduce the Severity of COVID-19?”

A few other reports from France, Germany, and China that have looked at various markers of endothelial and glycocalyx damage, both in vitro and in vivo, link endothelial damage to the severity of disease. All these studies bear witness to the endothelial cell dysfunction of COVID-19.

Lüscher, who was not involved in any of these studies, says these interrogations of the endothelium “are stimulating, but they are not solving the problem yet. What’s the first step that initiates this cascade of events? That’s the real question—that hasn’t been solved yet.” 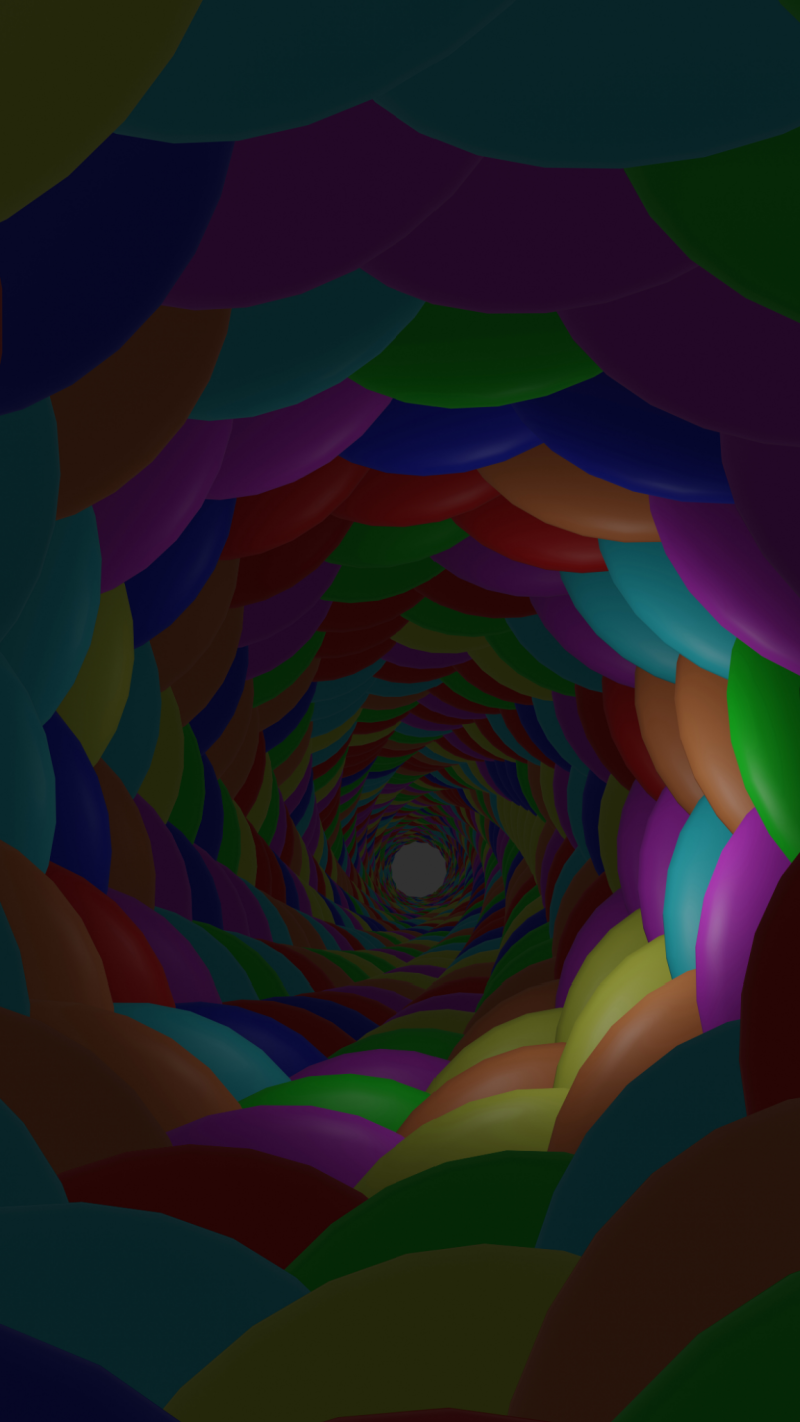 A motley of studies are looking at ways to restore endothelial integrity in COVID-19 patients using various agents, including P-selectin blockers. Targeting the complement cascade—an inflammatory pathway that causes endothelial dysfunction—is another approach in clinical testing, with one exploratory Phase 2 trial recently attesting to the safety and tolerability of anti-complement therapy and reporting early efficacy signals.

Breaking up strings of VWF is yet another tactic that might work, says Wagner. As endothelial cells release abundant amounts of VWF, the molecules can self-associate and clog small blood vessels, but an enzyme present in plasma called ADAMTS13 chops up clusters of VWF. In COVID-19, ADAMTS13 levels plummet and, along with extremely high VWF levels, portends severe disease. It’s “a recipe for trouble,” says Wagner. “I believe that supplying ADAMTS13 to COVID-19 patients with high VWF would significantly reduce thrombosis and organ damage.” Currently, recombinant ADAMTS13 is being trialled in thrombotic thrombocytopenic purpura, a condition where ADAMTS13 deficiency leads to excess VWF and minute clots form in small blood vessels, but so far is not being tested in COVID-19 patients.

Christian Con Yost, a pediatrician at the University of Utah School of Medicine, tells The Scientist that breaking down these large VWF aggregates might also tame the downstream inflammation and accumulation of platelets and leukocytes. Lee agrees that the VWF/ADAMTS13 axis is worth further investigation. “We’re looking at this very closely,” he says.

Targeting these pathways in isolation may ameliorate disease severity but is unlikely to completely attenuate disease progression.

Lüscher, Libby, and other endothelial experts assert that targeting the two primary pathways to which the endothelium is intricately linked—hyperinflammation and clotting—would be the most beneficial. Reflecting on the current status of these two types of therapies, Libby says that the clinical research field is still in the era of non-randomized observational data and that outcomes of randomized placebo-controlled trials are desperately needed.

“It’s interesting to try this but I’m not sure that [it] will be sufficient to change the course of the disease,” Lüscher says of these diverse approaches to address endothelial mayhem. “This is not a very specific infection. There are many pathways. That’s the dilemma.”

Jamie O’Sullivan, a vascular biologist at the Royal College of Surgeons in Ireland, explains to The Scientist in an email: “Targeting these pathways in isolation may ameliorate disease severity but is unlikely to completely attenuate disease progression.”