ABOVE: Brown University, one of dozens of institutions that have issued hiring freezes
© ISTOCK.COM, GREGOBAGEL

Heather Ray, a developmental biology postdoc at the University of Alabama at Birmingham who studies the genetics of birth defects, received an email on March 24 from the search committee for a faculty job to which she had applied. Due to the COVID-19 pandemic and a resulting hiring freeze at the university, Ray says the email read, the search and position had been canceled.

“I hadn’t even thought that this might happen,” she says.

A few minutes later, Ray received an email from a search committee in her own department that had been interviewing applicants for two open positions. Three candidates had completed in-person interviews for those positions, and all three had been invited back to campus for a second round of interviews. The University of Alabama at Birmingham had recently announced that it too was suspending hiring for individuals who did not have a documented offer, which meant that the search in Ray’s department was also called off.

“All of the work that they did, that’s just gone away,” she says, because when the job is posted again in the fall, or the following year, the search committee “will have to start all over.”

A day earlier, on March 23, Brown University announced the suspension of all new hiring for the current year and for the fiscal year starting on July 1. “At the same time that supporting our community’s health and safety remain a top priority,” reads the university’s press release, “the financial consequences resulting from the increased expenditures and the dramatic reductions in revenue provoked by the current pandemic demand prompt attention.”

James McGrath, a postdoc in digital public humanities at Brown University, tweeted about Brown’s announcement on Tuesday, eliciting responses from students and academics in various disciplines.

I am struggling to write applications through the fog of depression that has settled on me and I just feel...stupid? Like, will anyone even look at these? Good luck to you in this difficult time!

“The worry is with an institution like Brown that has the endowment that it has and the resources that it has,” McGrath tells The Scientist. “If they’re making this decision, you can only wonder . . . what kinds of decisions [institutions with fewer resources] are going to be making.” He says the hiring freezes in response to the coronavirus pandemic are “a sign that the whole higher ed job market, which is already in bad shape, is heading for darker times.”

A summary from the Senate Appropriations Committee released yesterday specified that the $2 trillion stimulus package passed by the Senate Wednesday (March 25) and currently being considered by the House would include at least $1.25 billion for federal research agencies working on the coronavirus, as well as $14.25 billion for universities that have been forced to shut down during the pandemic, which may funnel aid to labs whose work has been disrupted, Science reports.

But how that stimulus package may affect those currently searching for academic positions remains unclear.

“It’s definitely scary as someone who is looking for another postdoc or potentially applying to faculty jobs to have this looming situation,” says Kishana Taylor, a postdoc in microbiology and molecular genetics at the University of California, Davis. “If universities are going along the same lines as Brown,” Taylor says, “essentially, there won’t be any applications to put in in the fall.” She notes that the job market is always competitive, especially in the biomedical sciences, and that the hiring freezes will only increase that competition.

Ray agrees, adding that if the current situation persists, universities may experience a bottleneck where “two or three years’ worth of applicants [are] all trying for the same number of positions at one time.”

Julie Craft Van De Weghe, a cellular biology postdoc at the University of Washington whose research focuses on primary cilia and Joubert syndrome, says she wonders whether the terms of her K99 Pathway to Independence Award from the National Institutes of Health will be adjusted if the current lack of hiring in academia persists. The grant is supposed to cover two years of a postdoc and the first three years of a faculty position, according to Craft Van De Weghe, but she is unsure what would happen if she’s unable to secure an academic job in the coming year. “I will be reevaluating my contingency plans,” she says.

The hiring freezes and their effects on the larger scientific community also concern Craft Van De Weghe. Although universities are producing researchers “well-trained to contribute to humanity’s knowledge of how science works,” she says, “we’ll lose a ton of good people who could have made substantial contributions.”

Roughly two weeks ago, Ray signed an offer letter from a university, completing her extended search for a faculty position that began in June of last year, and had pulled her application from the university that later notified her of its hiring freeze. The timing had been perfect, she says, because she was able to travel for an in-person interview and negotiate her contract before universities starting closing their campuses. But on the morning of March 25, a day after she had received the emails about hiring freezes and canceled searches, Ray learned that the university where she had accepted an offer had issued its own hiring freeze. She immediately emailed the committee chair asking whether her position was under threat.

“I wasn’t left waiting too long,” Ray says, “but it was a brief moment of almost panic.” Her new job, she reports, is secure. 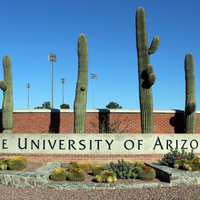