Whether they’re predicting the outcomes of sports games or opening jars, the intelligence of octopuses and their cephalopod kin has fascinated avid sports fans and scientists alike (not that the two groups are mutually exclusive). However, insights into the animals’ brains have been limited, as structural data has come from low-tech methods such as dissection.

Wen-Sung Chung, a University of Queensland Brain Institute neurobiologist who focuses on marine species, explains that octopuses have “probably the biggest centralized brain in invertebrates,” with multiple layers and lobes. Some species have more than 500 million neurons, he adds—compared to around 70 million in lab mice—making cephalopods especially intriguing as models for neuroscience.

Chung and his colleagues decided to bring cephalopod neuroscience into the 21st century: using cutting-edge MRI, they probed the brains of four cephalopod species. They were especially interested in exploring whether cephalopod brain structures reflect the environments they live in. Indeed, the team reports numerous structural differences between species that live on reefs and those that dwell in deeper waters in a November 18 Current Biology paper.

Giovanna Ponte, an evolutionary marine biologist at Stazione Zoologica Anton Dohrn Napoli in Italy who was not involved with the work, tells The Scientist that while this isn’t the first study to look for neurological correlates underlying ecological differences in cephalopods, it offers a new technological approach to investigating these animals’ brain morphology and diversity, and most importantly, “is the first time that there is . . . a comparative approach between different species.”

Chung and his team sampled four species of cephalopods representing divergent ecological niches: the deep-dwelling vampire squid (Vampyroteuthis infernalis), the solitary and nocturnal blue-lined octopus (Hapalochlaena fasciata), and two diurnal reef dwellers, the algal octopus (Abdopus capricornicus), and the day octopus (Octopus cyanea). At least three specimens of each species were obtained and euthanized so that they could be imaged by MRI, allowing researchers to compare the shape, size, and folding of the animals’ neurological structures. 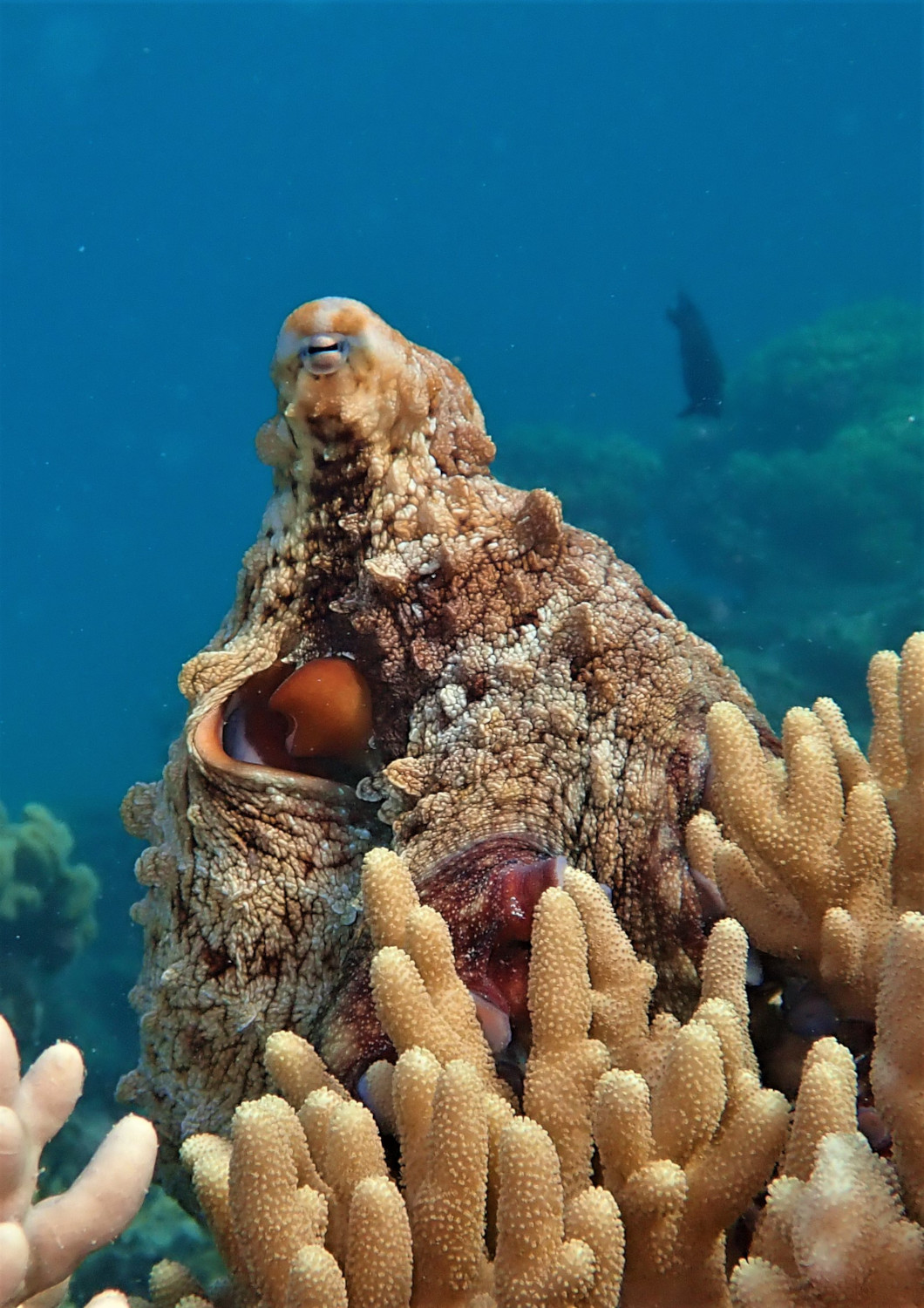 One of the most pronounced differences the researchers describe is that the optic lobes of the nocturnal H. fasciata and deep-sea V. infernalis are smaller and less complex than the optic lobes of the diurnal A. capricornicus and O. cyanea. The diurnal species also have much larger vertical lobes, a part of the brain involved in learning and memory in octopuses. In fact, their vertical lobes are almost twice the size of the other two species and more folded—each had seven of the folds known as gyri instead of the five typically reported in other octopuses. Chung likens the presence of gyri in the octopuses’ brains to wrinkles in human and other primate brains and says such gyri are a useful indicator of brain complexity.

Shuichi Shigeno, an Osaka University neuroscience researcher who specializes in the brain evolution of cephalopods and was not involved with this study, notes that the paper’s observations, particularly around brain folding, are novel. Current knowledge of octopus brains is primarily based on literature from the 1970s, he says. “Nobody has studied the details of folding [in] the cerebral cortex brain structure in octopus [before], and Chung has discovered interesting results” by employing very modern techniques, he tells The Scientist.

Chung and colleagues suggest that the larger size and number of gyri in the optic and vertical lobes of diurnal species correlate to the complicated visual and cognitive tasks these species perform in their relatively shallow, bright habitats. For instance, O. cyanea and other reef-dwelling octopuses are known to collaborate with fish in hunting.

Jennifer Mather, a University of Lethbridge cephalopod behavioral researcher who was not involved in this study but is currently compiling a database of what is known about the brains and behaviors of cephalopods that will include data from it, calls the paper’s focus on species from the Indo-Pacific an “interesting supplement” that “helps put another piece in the puzzle,” as previous work was done on European species. Mather adds that while the study delves into the anatomical characteristics of the brains very thoroughly, there was very little on behavior. “If we want to do a brain-behavior relationship, we have to have good coverage of both,” she says. 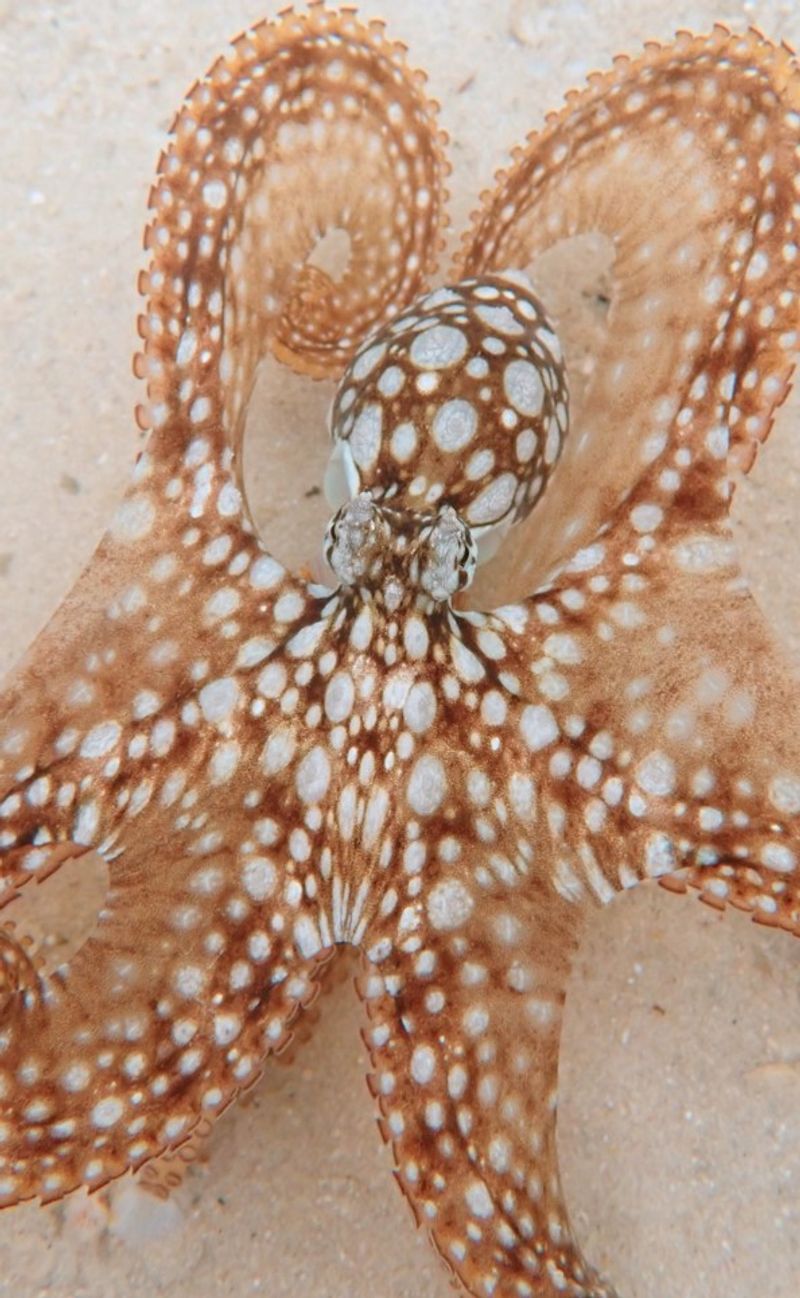 Shigeno agrees with Mather’s point, but notes that little is known about the animals’ behaviors, and experimental studies are complicated by the fact that many octopus species live in environments such as coral reefs that are legally protected. He says he’d like to see further investigation into specific brain parts, pointing out that other types of imaging, such as electron microscopy, could provide higher resolution images and “more detailed neural structures” than MRI.

The paper raises new questions about biological plasticity and adaptation, Ponte says. She would like to see more research on the animals’ other brain regions, such as their frontal lobes, and how compartmentalization of neurons within lobes may relate to specialization.

Chung agrees that more research is needed. This is just “the very beginning,” he says, adding that he hopes this work inspires other cephalopod researchers. He also says that he’d like to image the brains of living octopuses to get functional data, though he considers such work “a really, really long term goal.”