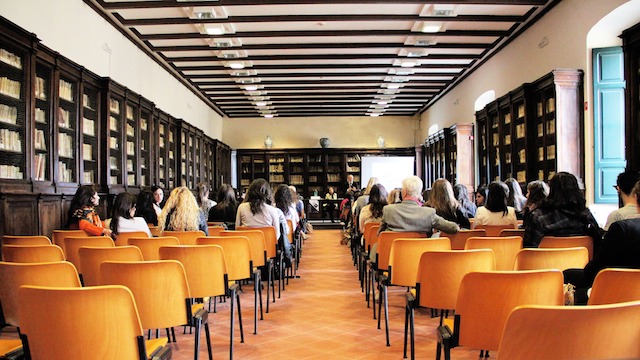 Women are less likely to be invited and assigned speaking opportunities at conferences, according to a study published yesterday (April 24) in Nature Communications.

Heather Ford of the University of Cambridge says in a statement that she and her colleagues were motivated to investigate the gender distribution of conference speakers after finding there were “too many conference sessions” with just one female presenter, or none at all.

Ford and her colleagues investigated the lists of speakers at American Geophysical Union (AGU) meetings between 2014 and 2016 to see how many male and female speakers were either assigned talks—meaning they’d submitted an abstract and had been accepted—or invited to give a presentation by conference organizers. The analysis revealed that women generally had fewer speaker opportunities than men: female scientists accounted for 29 percent of assigned talks and 27 percent of the invited speakers.

When the researchers took...

“Women are concentrated in these student and early careers stages and there are just fewer speaking opportunities at those career stages,” Ford tells The Guardian. “If we are interested in improving overall gender parity within a research conference in terms of the speaking opportunities, we really need to focus on student and early career stages, because that is the time when we have the most women currently.”

Chris McEntee, AGU’s executive director and CEO, tells The Guardian that the union has made efforts to increase gender diversity across a variety of areas, including in committees and in the peer review process. “[W]e’re aware of the gender gaps that exist not only across Earth and space sciences but currently within AGU activities,” he says.