Human nutrition research is notoriously fraught with difficulty. It gets even tougher when one wants to study the effect of a person’s diet on the health of future generations. Yet Stockholm University epidemiologist Denny Vågerö and his colleagues thought they could glean some insights by studying birth and death data from a cohort of people born in Uppsala, Sweden, early in the 20th century and their descendants. The team planned to combine information such as causes of death with estimates of the amount of food available during the childhoods of grandparents.

Doing that legwork would, the researchers hoped, enable them to test findings from another, much smaller Swedish cohort known as Överkalix that had attracted widespread attention by suggesting multigenerational effects of nutrition. Research on that dataset had shown that the amount of food a man had eaten between the ages of 9 and 12—the... 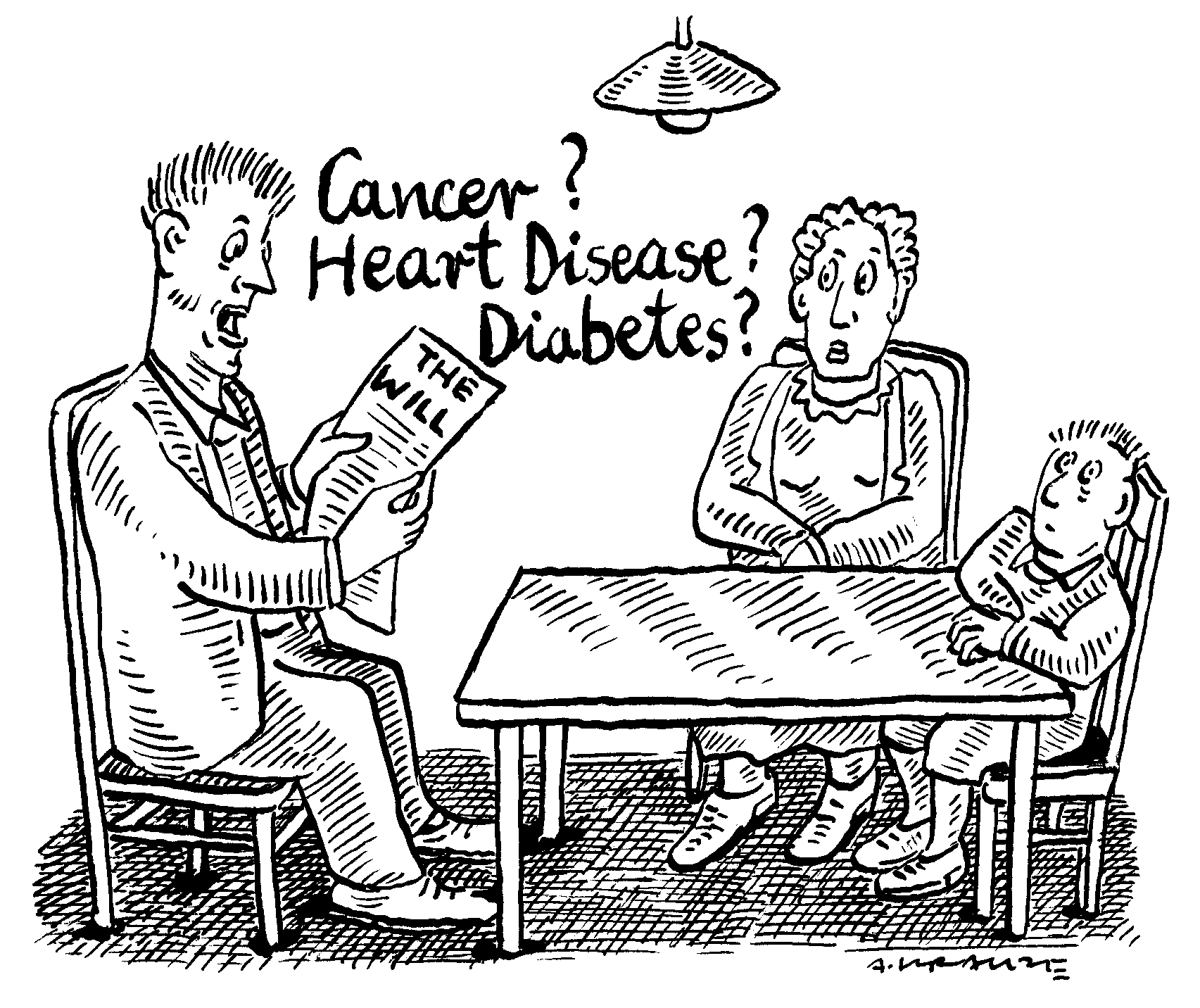 To find out where and when the Uppsala grandparents were born, and to estimate how much they had to eat during their childhoods, two graduate students trawled through scanned copies of parish books and harvest and genealogical records stretching back generations; a publication known as the Swedish Death Index; and death records from recent decades. It took the students about “two man-years, all in all,” Vågerö says. The students generated estimated-diet volumes for more than 9,000 people who came of age in Sweden between 1874 and 1910. The research team matched data from those folks to the birth and death records of their children and grandchildren in the Uppsala database.

Using that trove of numbers, Vågerö and his colleagues tested some of the conclusions of several small but oft-cited studies on the Överkalix cohorts. For example, a 2002 publication, which included just 239 subjects in its youngest generation, had found a positive correlation between an abundance of food during a man’s mid-childhood and his paternal grandson’s likelihood of dying from diabetes or cardiovascular disease (Eur J Hum Gen, 10:682–88). Grandsons’ overall longevity also suffered when men had abundant access to food, a later study found (Eur J Hum Gen, 15:784–90, 2007).

Although these studies lacked statistical power or any evidence for a mechanism that would explain the effects they posited, some more-recent animal research seems to support the idea that the effects of diet could be passed down two generations or more. In one mouse study, for instance, animals fed a high-fat diet had different patterns of microRNA expression and DNA methylation in their sperm, suggesting a possible mechanism by which diet-induced changes could be inherited; in this case, grandpups were fatter than those of mice fed a normal diet (FASEB J, doi:10.1096/fj.12-224048, 2013).

Did such long-term effects of diet hold up in the Uppsala cohort? When they analyzed their own three-generation dataset, Vågerö and colleagues didn’t find a connection between an abundance of food during a grandfather’s mid-childhood and his grandson’s likelihood of developing diabetes or cardiovascular disease, thus contradicting some of the results from the Överkalix studies. But the researchers did find that better-fed grandfathers’ descendants through the male line died earlier, on average, and were more likely to die of cancer. That relationship didn’t hold true for granddaughters (Nat Commun, 9:5124, 2018).

Stephen Senn, a statistician who consults for the pharmaceutical industry and who published a letter criticizing the methods of the 2002 study (Eur J Hum Gen, 14:1149, 2006), says the new study’s size is a strength, but that “the first thing that nobody should lose sight of is that it actually failed to replicate the previous study, as regards the most important effect claimed in that particular study.”

To more convincingly validate the original study and show transgenerational effects of nutrition, the Uppsala study would have needed to identify an effect not only on grandchildren’s longevity, but on specific health conditions highlighted by the Överkalix studies, Senn says. Instead, by casting a broader net and looking for effects on multiple health conditions in the third generation, the Uppsala researchers increased the chances that they’d find an apparently meaningful correlation that was in fact due to chance, he adds in an email to The Scientist. “That’s fine, but [the Uppsala study] would need replication in at least one further study for any causal claims to be made on it.”

The Uppsala study did find a transgenerational effect on diabetes risk across one generation, however: the sons of fathers with good access to food were more likely to die from the condition. As for why the Överkalix studies didn’t turn up a cancer link, Vågerö points out that that cohort was born earlier than Uppsala, when overall cancer incidence rates were lower in Sweden—12 percent of deaths were due to cancer in 1967, rising to 26 percent by 2017. He says there might not have been enough data in the earlier study to detect a significant difference in the number of deaths from cancer. Then too, the more-recent data on causes of death for the Uppsala cohort are likely more reliable than those used in the Överkalix studies, Vågerö adds. That said, Vågerö plans to “look more carefully at cancer” in a future study, and hopes to collect data on its incidence, not just the numbers of people who died from the disease.

Cathrine Hoyo, an epidemiologist at North Carolina State University who was not involved in the new study, says the research adds to existing evidence that epigenetic changes in the male germ line can cause health effects in future generations—a phenomenon she and her colleagues described in a 2014 review (BioEssays, 36:359–71). That and other publications have suggested that the life stage scrutinized by Vågerö and colleagues, the so-called slow growth period that runs from approximately ages 9–12 in boys, is a window when the germ line is particularly susceptible to epigenetic changes.

Vågerö himself, as an epidemiologist, remains somewhat agnostic about the mechanism of the transgenerational effects. Given that his study controlled for social and cultural factors, he thinks epigenetic inheritance is the most likely candidate. But “that would be the most interesting study to do, to actually find out exactly how that works.”