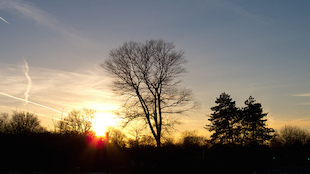 STIG NYGAARD, FLICKRA University of Pennsylvania-based team has documented when genes are expressed across 12 organs in mice throughout the day. The results were published today (October 27) in PNAS. Among other things, the researchers show that 43 percent of genes follow a daily schedule in at least one of the organs profiled, and that more than half of the 100 best-selling drugs in the U.S. target products of genes whose expression cycles.

“This is a much-needed paper in the field showing . . . that a large number of gene transcripts actually oscillate in at least one organ in mouse,” said Satchin Panda, who studies circadian biology at the Salk Institute for Biological Studies in La Jolla, California, and was not involved in the study.

“People suspected that there were a lot more genes than had previously been looked at because we had looked at...

The researchers found that the cycling of gene expression varied greatly by organ. Only 10 genes showed circadian oscillations in all 12 organs. Most of these genes were previously recognized clock genes—responsible for the keeping the body’s internal daily rhythm. There also seemed to be gene-expression “rush hours,” just before dawn and dusk. “The body needs a completely different set of genetic programs to do activity than it does to do sleep and restoration,” explained Hogenesch.

Using the dataset, the researchers analyzed the targets of 100 best-selling drugs in the U.S., finding that 56 had targets encoded by genes whose expression cycled in clinically relevant organs. Almost half of these—from the hypertension drug Diovan to the attention deficit hyperactivity disorder drug Ritalin—had half-lives of less than 6 hours, meaning that, if administered at the wrong time, they might break down before having a chance to fully engage with their targets. The researchers also found that 119 drugs on the World Health Organization list of essential medicines have targets encoded by genes that cycle each day.

“It’s been recognized for a long time by some really intelligent people that when you take a drug makes a huge difference on how effective it is or how severe your side effects are,” said coauthor Michael Hughes, a circadian biologist now at the University of Missouri, St. Louis, who did postdoctoral work with Hogenesch. “I think that we take that field a big step forward because now we can take a look at that phenomenon . . . in a whole-organism and a whole-transcriptome scale, so we can predict which drugs are most likely to be influenced by time.”

Joseph Takahashi, who studies circadian rhythms at the University of Texas Southwestern Medical Center and was editor of the paper for PNAS, added that drugmakers could examine whether drug side effects have circadian rhythms and adjust administration times to potentially make harsh drugs more tolerable.

Panda noted that most studies on mice are performed during the day, when the animals should be asleep. Humans most often take drugs in the daytime, during their wake cycle, which could help explain why drug effects can fail to translate from mice to humans. Moreover, the timing of drug administration could help explain why some people in clinical trials seem to respond to medication while others do not.

Panda also suggested that scientists experimenting on mice in the lab should control for the time of day they perform their experiments. “It’s likely many of these significant differences we see in literature might have a time contribution,” he said.

Circadian timing of expression “will just become in the future one more important phenotype of a gene,” predicted Takahashi.

The data are now available in the online database CircaDB, which has become a source for data from multiple studies on circadian gene expression in various organs. “The goal here is to try to make everyday biologists able to analyze this type of data,” said Hogenesch.

Panda added that the cycling mRNA may not capture the full picture of circadian oscillation in tissues.