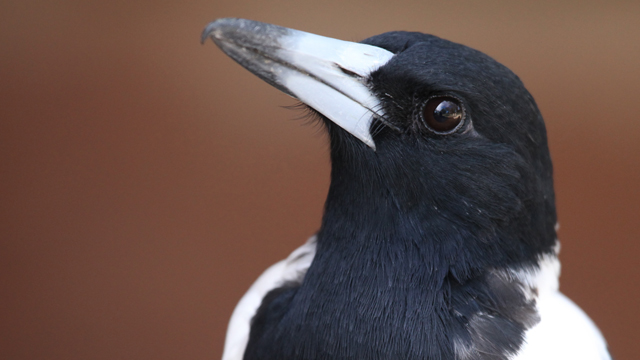 To human ears, the trilling of birdsong ranks among nature’s most musical sounds. That similarity to human music is now inspiring researchers to apply music theory to avian vocalizations. For example, zebra finch neurobiologist Ofer Tchernichovski of the City University of New York, together with musician and musicologist Hollis Taylor, recently analyzed the song of the Australian pied butcherbird (Cracticus nigrogularis) and found an inverse relationship between motif complexity and repetition that paralleled patterns found in human music (R Soc Open Sci, 3:160357, 2016).

Tchernichovski’s work also suggests that birds can perceive rhythm and change their calls in response. Last year, he and colleague Eitan Globerson, a symphony conductor at the Jerusalem Academy of Music and Dance as well as a neurobiologist at Bar Ilan University in Israel, demonstrated that zebra finches, a vocal learning species, adapt their innate calls—as opposed...

But these complexities of birdsong might be more comparable to human speech than to human music, says Henkjan Honing, a music cognition scientist at the University of Amsterdam. Honing’s research suggests that some birds don’t discern rhythm well. Zebra finches, for example, seem to pay attention to pauses between notes on short time scales but have trouble recognizing overarching rhythmic patterns—one of the key skills thought necessary for musical perception (Front Psychol, doi:10.3389/fpsyg.2016.00730, 2016).

A MUSICAL NUMBER: Like many avian species, the Australian pied butcher­bird (pictured above) produces a complex song (just two of five different phrases shown here) with patterns of repetition that resemble those in human music.FROM ROYAL SOCIETY OPEN SCIENCE; 3:160357, 2016Instead of rhythm, birds may be analyzing their peers’ songs by the melody. A recent study found that European starlings (Sturnus vulgaris) distinguish shifting four-tone sequences by their “spectral shape,” a statistical representation of all the frequencies in a sound most similar to timbre (PNAS, 113:1666-71, 2016). “They listen to sounds more as we listen to speech,” Honing says.

But Tchernichovski contends it’s unlikely that birdsong functions in this way. “Song is actually not language because the song is not information is a strict sense. It’s much more like a performance,” he says, where the goal is to captivate the audience.

When successful, a bird’s song broadcasts individuality (and sometimes fitness) as well as membership in a species and even a local subculture, Tchernichovski says. In nature, male songbirds achieve this by embellishing the songs they learn from their fathers, but some distinct song characteristics appear to be at least partly innate. Zebra finches that learn from Bengal finches retain zebra finch temporal structure to their songs (Science, 354:1282-87, 2016), and Tchernichovski demonstrated that “self-tutored” zebra finches, which heard only playback of their own prerecorded melodies, developed and improved their songs just as quickly as juvenile birds who learned from adult males of their species (Philos Trans R Soc Lond B Biol Sci, 372:20160053, 2017). (See “Birds Possess an Innate Vocal Signature Based on Silent Gaps.”)

How female birds recognize these cultural markers and decide which song is best “is a complete mystery,” Tchernichovski says. That’s partly because it’s been difficult to design assays to measure which song elements females find the most appealing. Honing says a similar challenge faces researchers trying to assess the critical skills of song perception in birds.

Read about the rest of the animal chorus, including bats, rodents, amphibians, insects, whales, and fish, in “Song Around the Animal Kingdom.”