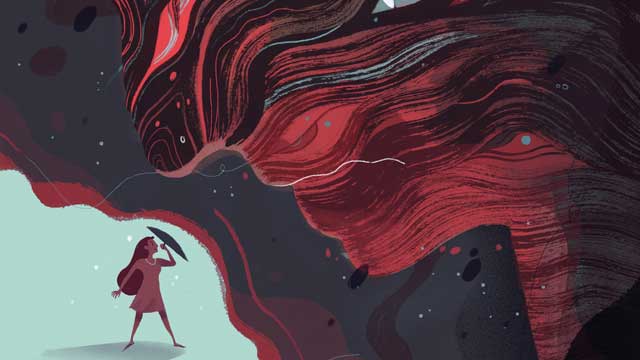 Cancer is a scourge of humanity, and one that will affect more and more people as life spans increase. Approximately one in three people is struck by neoplastic disease in his or her lifetime. But, the other side of that coin is that two out of three people remain unaffected. Even the majority of heavy smokers, who bombard their lungs with carcinogens and tumor promoters over many years, remain cancer free. Naturally, the suffering of cancer patients and their families has inspired researchers to study the cellular changes unique to cancer and the genetics of cancer susceptibility. The genetics of cancer resistance, as a topic in its own right, has remained largely unexplored.

Pathologists have shown that virtually all men age 60 or older have microscopic prostate cancer when examined at autopsy. Most of these microtumors never develop into cancer, however. It is also known that...

Indeed, metazoan evolution has led to many adaptations that protect species across the animal kingdom from outlaw cells. Immune surveillance plays a major role in the defense against virus-associated tumors, where the virally encoded transforming proteins provide readily recognizable foreign targets. But nonviral tumors, which are composed of aberrant host cells, do not provide such targets, and the immune response is suppressed by defenses against autoimmune reactions. Rather, we now know that the main safeguards against cancer are not immunological at all.

Metazoan evolution has led to many adaptations that protect species across the animal kingdom from outlaw cells.

Several cancer-resistance mechanisms appear to have evolved to maintain cellular or genomic integrity. For example, normal stroma, the connective material that supports the cells of a tissue, appears to inhibit cancer growth. Other resistance mechanisms include DNA repair, suppression of oncogene activation, tumor-suppressor genes, epigenetic stabilization of chromatin structure, and apoptosis. These mechanisms are well-studied, and each provides a potential road map for prevention and treatment.

Abnormal cell division is a hallmark of tumor cells. The mutated genes responsible for this proliferation are called cancer genes, or oncogenes, but this is a misnomer. Their normal function is not to cause cancer but to participate in the regulation of normal cell division. Meanwhile, more-appropriately named tumor suppressor genes recognize the illegitimate activation of proliferation-driving genes and hit the brakes. Once again, mutations that disrupt this function can lead to cancer.

Tumor risk can also be influenced by mutations in genes that control the fidelity of DNA replication, the efficacy of DNA repair, and the checkpoint controls involved in DNA synthesis and chromosomal mechanics. Xeroderma pigmentosum, for example, stems from a specific DNA repair deficiency. The predominant form of this condition is caused by a recessive mutation in one of the essential components of the nucleotide excision repair (NER) system, whose main function is to snip out molecular DNA lesions caused by exposure of skin epithelium to ultraviolet light. Patients with xeroderma pigmentosum must protect themselves from sunlight all their lives, but they nevertheless develop multiple skin carcinomas, and in about one-third of cases, also progressive neurological abnormalities. This highlights the paramount importance of DNA repair as a frontline surveillance mechanism.

Yet another group of genes associated with cancer formation regulates programmed cell death, or apoptosis. The normal function of the proteins expressed by these genes is to recognize superfluous, damaged, aged, or aberrant cells that must be eliminated. The importance of apoptosis is exemplified by the vertebrate adaptive immune system, in which B lymphocytes, as they differentiate from their precursor cells, rearrange the DNA of immunoglobulin genes to generate a vast number of potential antibodies. If an antibody happens to recognize an antigen in the body, the B cell producing it will be stimulated to expand clonally. But those B lymphocytes whose product does not bind a corresponding antigen must die to avoid clogging the system. Potential cancer cells that upset tissue integrity also elicit signals that initiate apoptosis. Cancers cannot develop unless the apoptotic mechanism is functionally impaired.

The genes that contribute to cancer development by mutation, illegitimate activation, or—conversely—inactivation or loss are practically identical in all mammals.

The genes that contribute to cancer development by mutation, illegitimate activation, or—conversely—inactivation or loss are practically identical in all mammals. Many of them are even conserved among distant groups, such as Drosophila, C. elegans, and yeast. Moreover, these cancer-associated genes mutate at similar frequencies across species. Therefore, it might have been expected that the blue whale, which has 1017 cells, would develop cancer more often than the mouse, with 109 cells, or humans, with 1013. This, however, is not so. In fact, blue whales rarely get cancer, and when they do, they seem able to live a full life span with it. The fact that the frequency of tumors does not increase with the total number of cells that make up an animal suggests that some sort of systemic control is preventing cancer development. Even typical laboratory animals vary in their cancer-proneness. Mice, rats, and hamsters are relatively cancer-prone, whereas rabbits and guinea pigs are relatively resistant. At the far end of the spectrum, two species of mole rat have been found to be completely cancer free, despite living relatively long lives. (See “Cancer-Free for Life.”)

Is there any genetic variation among humans with regard to cancer resistance? There is no proof of this, but it is highly likely that it occurs. In genealogically well-mapped Icelandic families, there are several cases of six or more long-lived siblings with no cancer incidence and whose parents did not die of the disease. It is not possible, however, to distinguish between the existence of genetically resistant families and the occurrence of cancer-free families purely by chance.

Interestingly, the sharp increase in human tumor incidence with age is followed by a decrease around 80 to 85 years. Centenarians rarely develop new cancers. The most probable reason is that cancer-susceptible individuals in the population have already died off. Freedom from cancer may be a necessary, but in itself insufficient, precondition to reach very old age.

People with a type of dwarfism called Laron syndrome represent another documented example of cancer-resistant humans. Found in an Ecuadorian population with frequent cousin marriages, Laron patients have no problem with skeleton, cartilage, or joint development and, in contrast to other dwarfs, have very high levels of growth hormone. However, their cells lack a receptor required for the functional activity of the hormone.1 An unusual mutation in the growth hormone receptor gene appears to be responsible for cancer resistance in this case.

There thus appear to be diverse mechanisms that protect against cancer. In addition to driving the proliferation of cancer cells, mutations or epigenetic changes may influence the ability of the cells to invade bordering tissues, to give rise to systemic metastasis, or to resist treatment. Notably, metastasis-favoring mutations may occur at a very early stage of tumor development, long before there are sufficient numbers of tumor cells to allow the manifestation of this property. 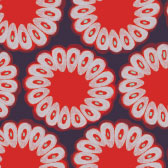 HOW NEIGHBORS FIGHT CANCER: Resisting overproliferation of rogue cells in the body involves a complicated interplay between cancer-related genes, the microenvironment, and the tendency of tissues to build normal structures. Among the body’s defense mechanisms is a phenomenon called contact inhibition or neighbor suppression, in which cells sense the density of their population and stop growing when a critical level is reached.
See full infographic: JPG© MOLLY MENDOZAIn the 1960s, British cancer biologist Michael Stoker made an unexpected observation: when he explanted a certain number of tumor cells into a dish with appropriate nutrients, he obtained about 100 small, growing tumor-cell colonies. But when he mixed the same number of tumor cells with normal fibroblasts, the number of growing colonies was reduced by 99 percent. It seemed as though normal neighbor cells had suppressed the ability of the tumor cells to make colonies, a phenomenon later termed contact inhibition or neighbor suppression. (See illustration.)

Adherens junctions, protein complexes that occur at cell-cell points of contact in epithelial and endothelial tissues, appear to play an important role in this phenomenon. E-cadherin, an essential mediator of adhesion in these junctions, is downregulated in most epithelial tumors, usually by methylation of the gene’s promoter region. Reexpression of E-cadherin appears to suppress the transformed phenotype in isolated cancer cells, whereas blocking E-cadherin function enhances invasion.2

Other structural components of the cell membrane may be similarly involved in microenvironmental inhibition of tumor growth. β-integrins, subunits of transmembrane receptors that link cells to the extracellular matrix and to each other, and that also play key signaling roles in tissue organization, are often abnormally expressed by tumor cells. Targeting tumor-associated β-integrins with antibodies inhibits tumor growth.3 Components of the Notch signaling pathway, which regulates cell differentiation and proliferation, are another example. Deletion of Notch receptors or their ligands from the basal layer of mouse epidermis can lead to epidermal hyperplasia and skin tumors.4

Interestingly, the sharp increase in human tumor incidence with age is fol­lowed by a decrease around 80 to 85 years. Centenarians rarely develop new cancers.

A few years ago, we reexamined the role of neighbor suppression in cancer resistance by labeling human prostatic carcinoma cells with green florescent protein and plating the cells alongside normal fibroblasts from different tissues. Fibroblasts from skin strongly inhibited tumor growth. While the tumor cells were not killed, and continued to grow in size and make proteins, they could not divide. Fibroblasts taken from cancerous prostates, on the other hand, hardly inhibited cell proliferation at all.5 In fact, these so-called cancer-associated fibroblasts (CAFs) may even support the growth and survival of adjacent tumor cells. Looking more closely at gene expression in these fibroblasts, we identified genes activated by inflammation or wound healing, a finding in line with the established fact that inflammation can favor the growth of cancer cells that have been inactive, often for long periods of time.

Another defense against cancer was discovered in the 1970s by American biologist Beatrice Mintz. Working with a highly malignant line of teratoma cells, Mintz found that adult mice subcutaneously inoculated with the cells all succumbed to teratomas. When the teratoma cells were introduced into very early embryos, however, no malignancies developed. The introduced cells simply became part of the organism, participating in the normal development of the mouse and contributing to many tissues of the embryo. The normalized tumor cells even contributed to the production of sperm in the recipient mouse.6

This normalization of embryonic tumor cells in the early developmental environment is the most extreme example of the differentiation of malignant into normal cells. There are many other, less spectacular examples in the later literature. Highly malignant murine leukemia cells can be induced to differentiate into nonmalignant cells by natural or artificial substances. One form of human leukemia, acute promyelocytic leukemia, is routinely cured in this way: the combination of a naturally occurring signal receptor and an empirically identified chemical compound, genistein, induces the cancerous cells to differentiate from a granulocyte precursor into a mature myelocyte that can no longer divide.7 Although similar examples are still relatively few, they suggest that most and perhaps all tumors could be induced to differentiate and stop growing if one could find the right combination of inducing substances.

Evolution has provided us and other animals with multiple mechanisms that stop normal cells from escaping into uncontrolled division. If they nevertheless escape, the cell mobilizes multiple mechanisms to stop the outlaw cell and preserve the normal organization of tissues. These mechanisms can nip life-threatening malignant growths in the bud. Only after the normal tissue neighborhood has been corrupted by the tumor cells so that it no longer inhibits, but rather stimulates, malignant growth can the cancer sail forth uninhibited. 

George Klein studies Epstein-Barr virus, oncogenes, and tumor-suppressor genes in the Department of Microbiology, Tumor and Cell Biology at the Karolinska Institute in Sweden.