Aminoacyl tRNA synthetases picked up new protein domains that participate in vasculature formation around the same time that organisms evolved key adaptations in the circulatory system.

Aminoacyl-tRNA synthetases play a fundamental role in protein translation, linking transfer RNAs to their cognate amino acids. But in the hundreds of millions of years that they’ve existed, these synthetases (AARSs) have picked up several side jobs. One of these is to manage the development of vertebrate vasculature. 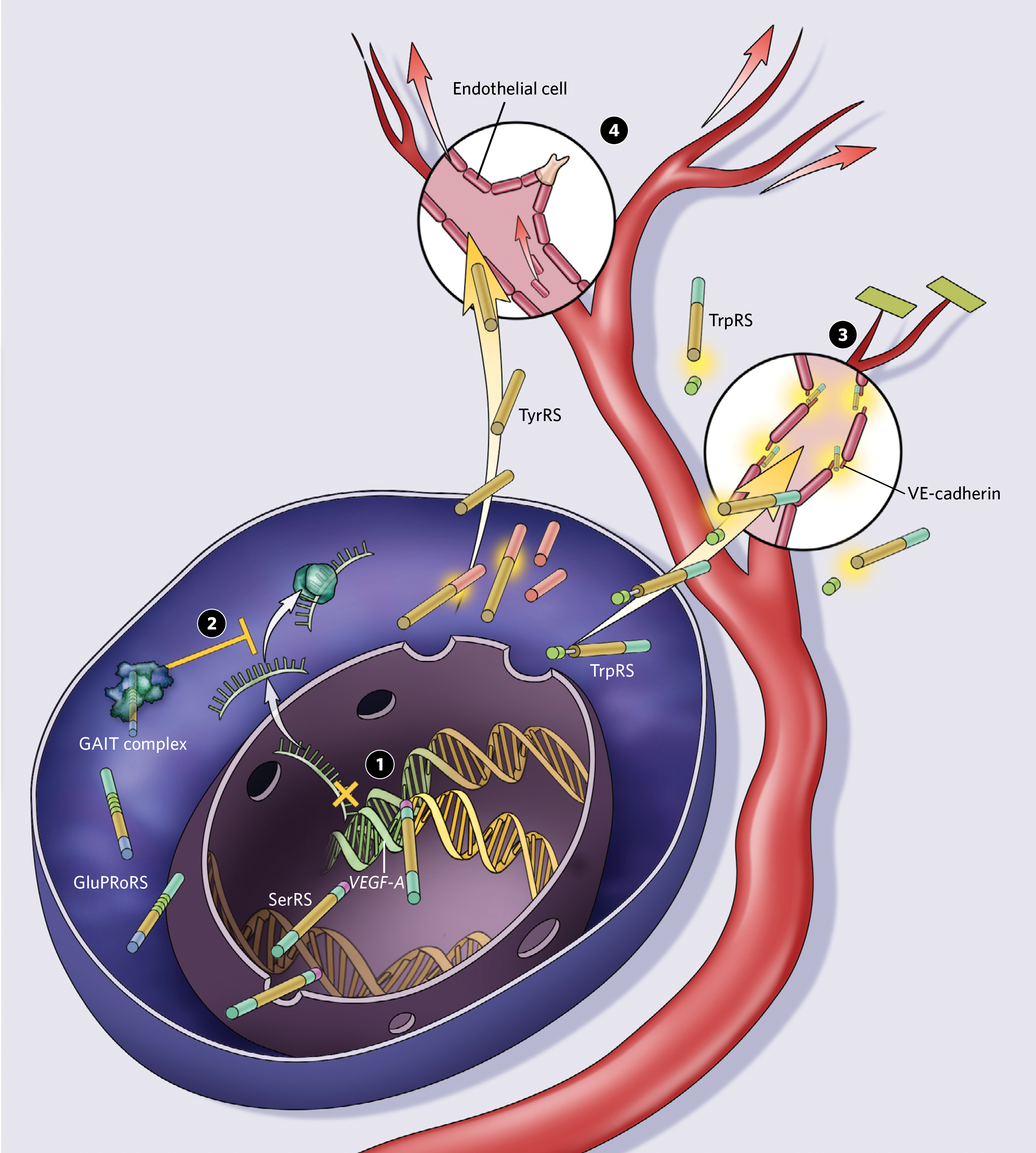 When these functions arose in evolution

According to Scripps Research Institute biochemist Paul Schimmel, the addition of accessory domains that perform such tasks parallels major events in the evolution of circulation. The first blood vascular system, which lacked the endothelium present in modern vertebrates, probably arose in a common ancestor of vertebrates and arthropods around 700 million to 600 million years ago. Around this same time, TyrRS acquired a glutamic acid–lysine–arginine motif that today is thought to promote angiogenesis. Then, around 540 million to 510 million years ago, an ancestral vertebrate evolved a closed vascular system, with blood pumping through vessels lined by endothelium. At some point around that same time period half a billion years ago, the TrpRS picked up a WHEP domain, which today regulates its ability to block angiogenesis. In addition, SerRS acquired a domain unique to this enzyme, which now prevents over-vascularization in developing zebrafish, and likely other vertebrates.

GluProRS’s role in angiogenesis, on the other hand, doesn’t seem to be so precisely timed to the evolution of vasculature. A linker protein tied together the AARSs for glutamic acid and proline enzymes around 800 million years ago, before circulatory systems existed. 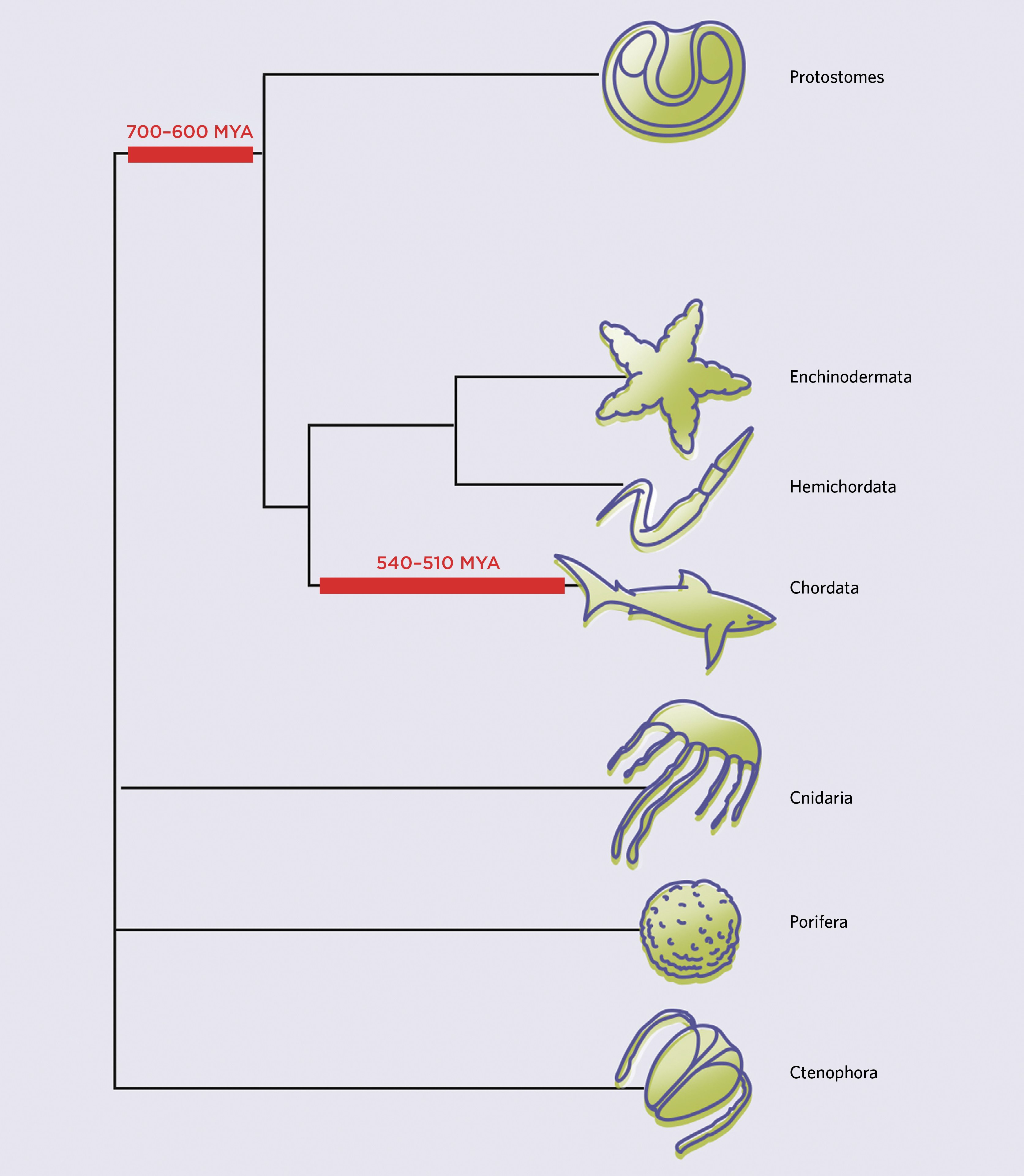