BCG, or the Bacille Calmette-Guérin vaccine, elicits a multipronged immune response that effectively fends off tuberculosis in children in developing countries, where the disease is still common. But the vaccine’s protection wanes with age, and the pathogen can infect adolescents and adults, causing a lung disease characterized by a persistent, sometimes bloody cough. Researchers aren’t sure which parts of the immune response are most critical for protection to be effective, and are taking varied approaches to improve on BCG with next-generation tuberculosis (TB) vaccines. One leading candidate shown here involves the same microbe as BCG, but with a few genetic tweaks that researchers hope will provide better protection. Another takes an entirely different approach with manipulated antigens from the BCG bacterium. Still other TB vaccines in the pipeline include live and killed whole mycobacteria of various species—including Mycobacterium tuberculosis, which causes tuberculosis—and viral delivery of the genetic recipe for mycobacterial antigens. 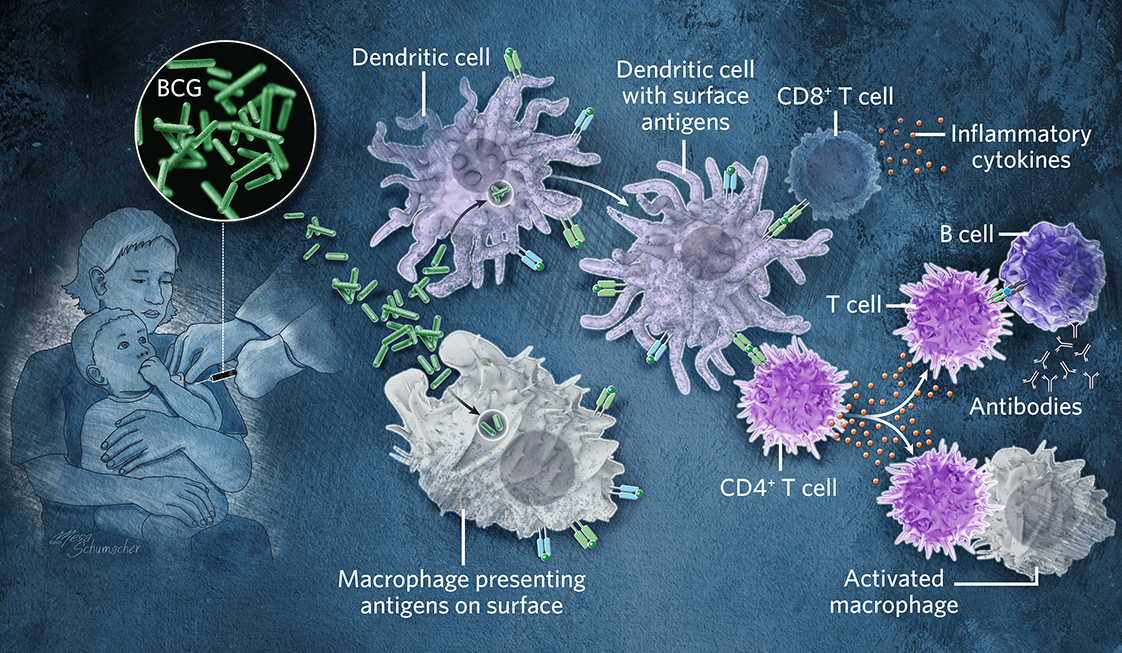 This 100-old vaccine is a live but weakened form of a cattle bacterium that is related to Mycobacterium tuberculosis (Mtb). Inoculation attracts frontline immune cells to the site of the injection. Dendritic cells and other antigen-presenting cells display parts of the BCG microbe on their surface to drive a response by T cells, which fight future infection with the pathogen and train B cells to produce antibodies. Both BCG and Mtb go into vesicles called phagosomes, where they interfere and stop their own destruction. BCG however is eventually degraded, whereas Mtb survives for a long period of time within cells. 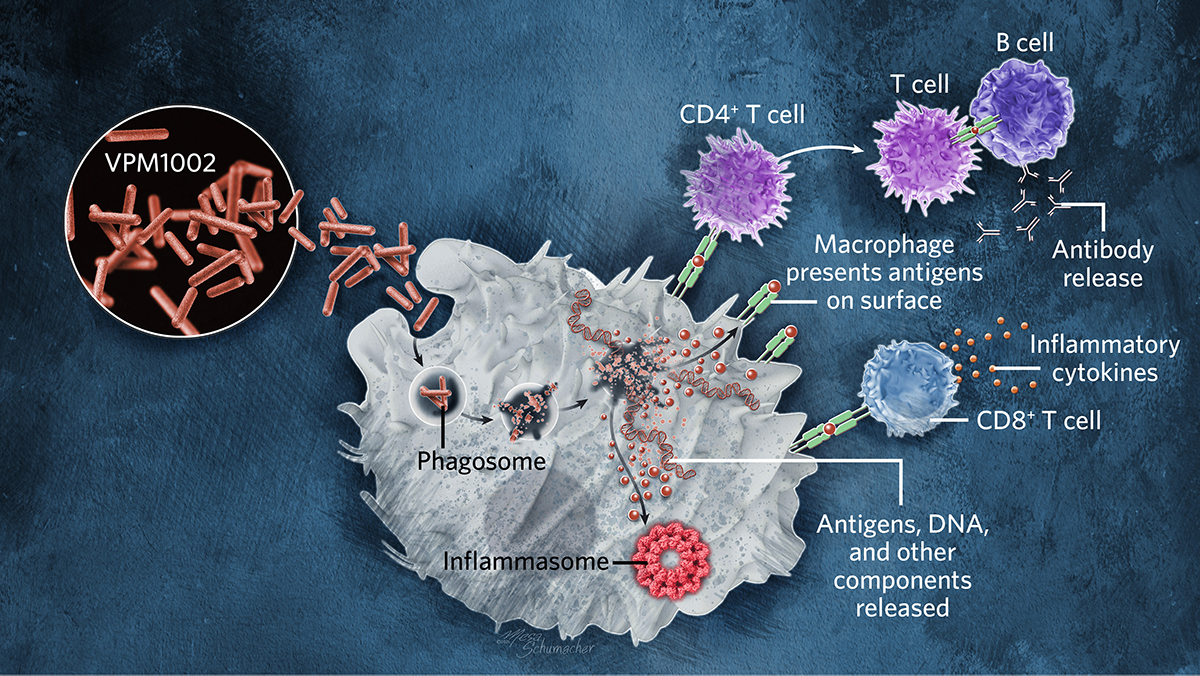 A genetically modified version of BCG is injected. Macrophages take up the bacterium into a phagosome, where it produces an enzyme that causes pores to form in the phagosome membrane. This allows antigens to leak out into the cytosol and trigger an inflammasome activation, in a similar way to Mtb, which BCG does not do. 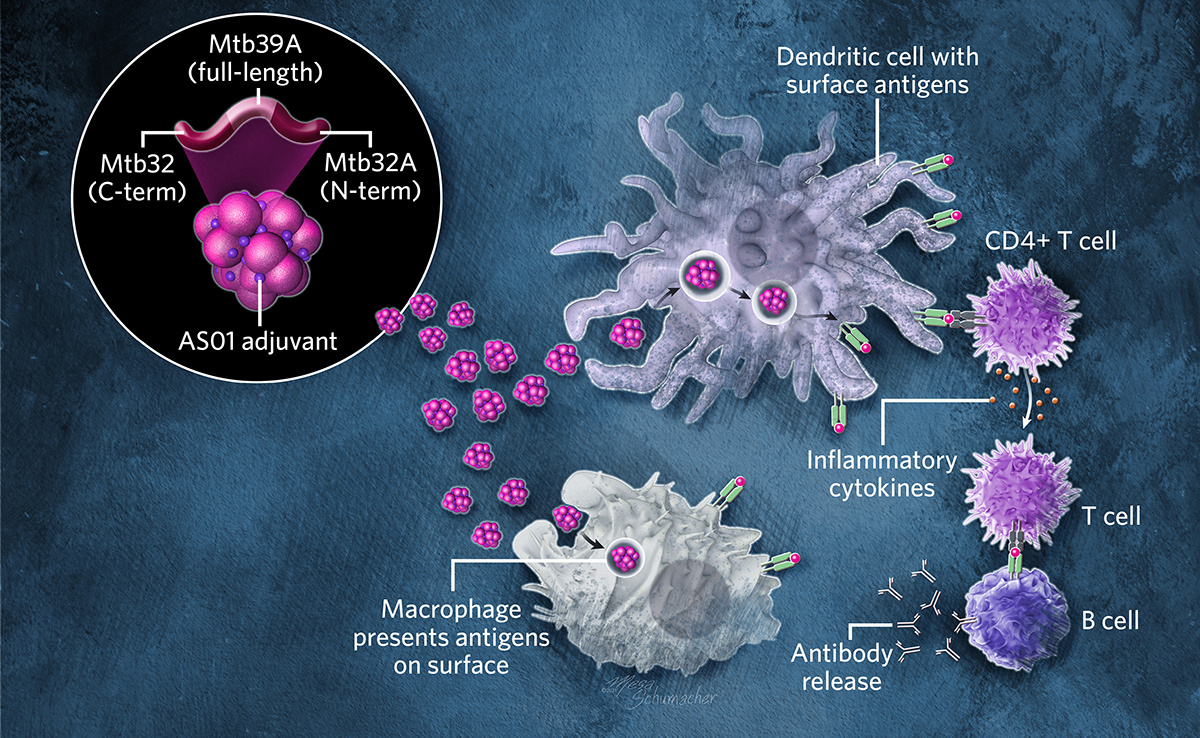 Two recombinant proteins from the Mycobacterium bacteria that constitute the BCG vaccine are fused together and injected. Fusion proteins are taken up by immune cells that then display them on their surfaces to trigger an immune response against the antigens. A proprietary GlaxoSmithKline adjuvant (AS01) boosts that immune response.