Computational systems called neural networks—based on the learning processes of biological brains—enable a form of machine learning that has the potential to help researchers interpret biological and medical images. Scientists who study how pathogens interact with host cells are now beginning to harness such technology.

“Most people in the [pathogen-host interactions] field were just manually counting—literally sitting there and assessing how many [parasites] per cell, how many in one of these vacuoles,” and so on, says parasitologist Eva Frickel of the Francis Crick Institute in London. “My students were losing hours and hours, days and weeks counting these events.” 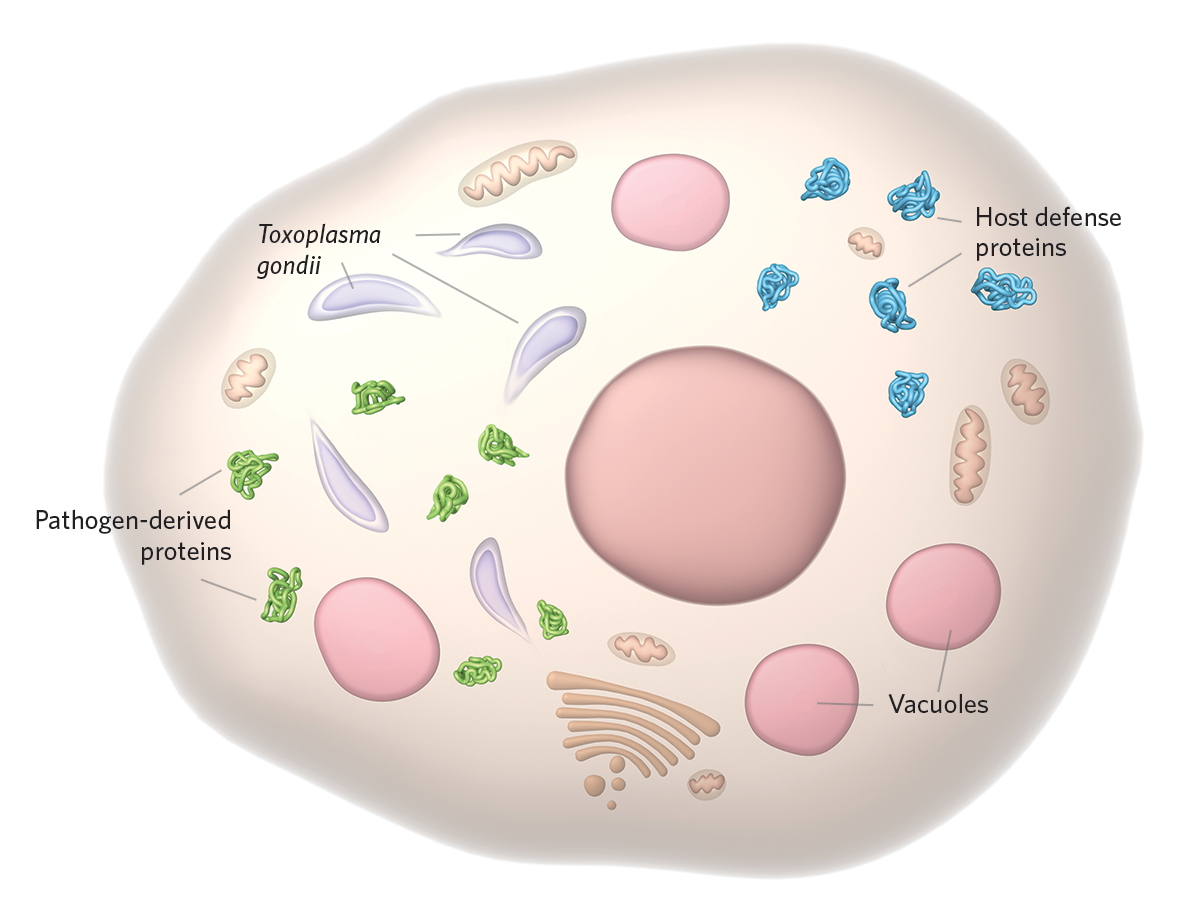 DETECTING INVADERS: A neural network–based machine learning program called HRMAn spots several features of cells to determine whether they are infected with a pathogen (in this case, T. gondii), such as the number of vacuoles, which changes with infection, and the presence of host...

Neural networks are used for all manner of image-processing tasks, such as face recognition, diagnostics, and self-driving cars, so Frickel thought such a system might offer a solution to her team’s problem. She teamed up with computational biologist Artur Yakimovich of the Medical Research Council’s Laboratory for Molecular Cell Biology to make a human-like host-pathogen analyzer.

Yakimovich, Frickel, and colleagues started with an existing open-source neural network–based analytics platform called KNIME (for Konstanz Information Miner) and tweaked its algorithms to process images of host cells and their pathogens. The system required training with thousands of example images, and once it was up and running, the team gave the system a name: HRMAn, pronounced Herman, for Host Response to Microbe Analysis.

They’ve used the software to analyze Toxoplasma gondii and Salmonella enterica infections in a variety of human cell lines. Other high-throughput image-analysis software may be capable of identifying which cells contain pathogens, but HRMAn comes into its own, says Frickel, in its ability to identify multiple visual characteristics of pathogens and host cells at once and detect patterns in the images.

Indeed, the team demonstrated that HRMAn could simultaneously recognize pathogen killing, replication, and a variety of cellular defense processes—just as a trained scientist might, but the computer had far higher throughput and greater statistical strength, and did not require tea breaks and sleep.

“It’s a tool that goes beyond our ability as humans to process and to interpret image data,” says parasitologist Adrian Hehl of the University of Zurich who was not involved in the study (eLife, 8:e40560, 2019).