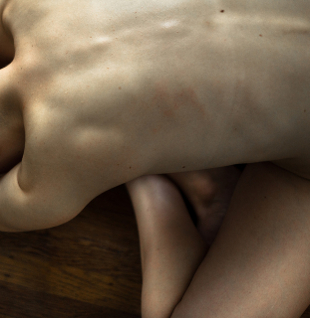 FLICKR, PETER ALFRED HESSThe microbial communities that inhabit the skin, perhaps the most diverse of the human body, are suspected to be key players in host defense. New evidence suggests that commensal skin bacteria both directly protect humans from pathogenic invaders and help the immune system maintain that delicate balance between effective protection and damaging inflammation. While causal links between the skin’s commensal microbes and health or disease remain to be demonstrated, the clues that have accumulated in the last few years paint a suggestive picture.

“None of us in the field—and this is true for the gut, this is true for the skin—none of us can actually tell how our experimental observations really relate to human disease, but we’re getting, all of us, closer to mechanistic insights,” said immunologist Yasmine Belkaid, chief of mucosal immunology at the National Institute of Allergy and Infectious Disease (NIAID).

“The field is exploding in terms of the types of observations that have been made,” said Richard Gallo, chief of dermatology at the University of California, San Diego, School of Medicine, “and they’re reaching into every aspect of immunology.”

The skin is characterized by a multiplicity of habitats, including invaginations, appendages, and various glands and follicles. Such diversity in environment not surprisingly breeds diversity at the level of the microbiome. Moreover, the skin is in constant contact with the outside world. As a result, the bacterial communities that populate the skin are some of the most varied human microbiomes.

“Between humidity and hygiene approaches and clothing and everything else, [the environment that skin microbes are exposed to] has infinitely more variation,” said Gallo.

Nevertheless, the skin is not simply ridden with a random suite of bacterial species found in the environment. Surveys of the bacterial communities that live on the skin of healthy adults have revealed three distinct skin microbiomes, each with fairly strong patterns of microbial composition. The oily, or sebaceous, sites of the head, neck, and trunk—where exocrine glands secrete a mixture of lipids called sebum—are dominated by Propionibacterium, including P. acnes, which is associated with blemishes. Moist sites such as the crease of the elbow, below a woman’s breasts, or between the toes are frequented by Corynebacterium. And the dry sites of the body, the broad flat surfaces of skin like the forearm or leg that are exposed to different environments, are home to Staphylococcus species, in particular, S. epidermidis. These areas are also home to the skin’s most diverse microbial communities, likely due to their relatively high exposure to the environment.

Within each of these groups are niches specific to both body site and individual. Chemical biologist Pieter Dorrestein of the University of California, San Diego, and colleagues recently examined nearly 400 sites on the skin of one man and one woman. The researchers analyzed the microbial composition and the chemistry at each site, then visualized the data as heat maps to reveal the relative intensities of the microbes and molecules, and look for correlations between the two, Dorrestein explained.

Both participants followed the same trends identified in other skin microbiome surveys, with Propionibacterium dominating on the face, neck, and back, and plenty of Staphylococcus on the feet and just below the woman’s breasts.  But there were also a few more curious findings, such as the woman’s necklace of Staphylococcus, where she regularly applied lotion, and the notably different microbial make-up at the bridge of the man’s nose, where his glasses rested. “There are so many different things we can see; that’s the fun part,” Dorrestein said. “Now, what’s driving it?”

In addition to the diversity in the skin’s microbial composition across the body, different layers of skin appear to harbor distinct communities. In 2012, skin biologist Patrick Zeeuwen of Radboud University Medical Center in Nijmegen, the Netherlands, and his colleagues conducted a tape-stripping experiment in which volunteers used an adhesive to peel back layers of their stratum corneum—the outermost layer of epidermis. Sampling the microbiome at each level, the researchers found that bacteria are not uniformly distributed, and that even the deepest layers of dead tissue harbor a microbial community. Last year, Gallo’s group showed that the microbiome extends even deeper—to the living tissue below the epidermis.

Human skin is also home to a handful of fungal species, most notably of the genus Malassezia. In a 2013 Nature study, National Cancer Institute dermatologist Heidi Kong and her colleagues sequenced the fungal microbiomes of 14 different sites on the skin of 10 healthy adults, finding that all areas except for the foot were dominated by the Malassezia. For reasons that are still unclear, the heel, toenail, and toe web harbored much more fungal diversity. “We see fungi everywhere, but we see more different types of species on the feet as compared to the other sites,” said Kong.

The question skin microbiome researchers are now trying to address is the function of these microscopic stowaways. “Particularly for skin, we are only just now understanding who is there,” said Kong. “The next, much more complex part of this is what are they doing there and how are we responding to them.”

The influence of the human microbiome on immunity has long been recognized. But how exactly skin commensals interact with invading pathogens and with our immune system is only just being revealed.

Recently, molecular microbiologist Gitte Julie Christensen of Aarhus Universitet in Denmark and her colleagues found that the P. acnes strains associated with healthy skin carry genes for thiopeptides, antimicrobial compounds that inhibit the growth of gram-positive species. P. acnes associated with acne, on the other hand, don’t appear to produce such compounds. In culture, Christensen said, “we can see that these health-associated strains are much better at killing other bacteria than the other strains. They can kill off Staphylococcus epidermidis, the main competitor on skin.”

S. epidermidis itself plays a notable role in host immunity. In 2009, Gallo and colleagues showed that the species secreted lipoteichoic acid (LTA), which prevents inflammatory cytokine release from keratinocytes of human skin. Other bacteria may “help educate the adaptive immune system,” said Gallo—“in ways that are not completely understood, influence the development of T cells and antigen-presenting cells.”

To more fully understand how the skin’s microbial residents influence host immunity, NIAID’s Belkaid turned to germ-free mice. In the summer of 2012, she and colleagues published a Science study that demonstrated the addition of S. epidermidis to the skin of the sterile mice altered T-cell function to boost host immunity. “We were able to show that these microbes were sufficient to make the immune system of the skin capable to control infection,” said Belkaid.

The researchers have since found that different microbes affect distinct parts of the immune system. “How the microbes communicate with the immune system is highly specific to each microbe,” said Belkaid. “There are some microbes able to control some aspects of immunity and, the dark side of that, [there] are microbes that are able to promote inflammation and contribute to pathogenesis.” Indeed, while some microbes are secreting protective antimicrobials, others are inducing the release of cytokines that have been associated with disease.

Another hint of the skin microbiome’s involvement in immunity came last October, when Kong and her colleagues found that immunodeficient patients tended to have more permissive skin. That is, people with primary immunodeficiencies harbored more diverse bacterial and fungal communities, including species not normally found on healthy adults. “It’s possible that the focal defects in the immune system allows or permits these otherwise uncommon bacteria and fungi to be present on these patients,” said Kong.

As the importance of the skin microbiome in health and disease is further investigated, researchers are also looking into the possibility of manipulating it. Christensen, for example, is collaborating with a local Danish company to develop an ointment to provide the skin with “good” bacteria. “The idea is to put these bacteria in a cream or in a serum and then apply it to your face to reestablish a natural skin community,” she said.

While there are now a handful of skin probiotics are on the market, none are regulated by the US Food and Drug Administration as therapeutics, and thus cannot make claims about treating or preventing disease. And most scientists will tell you there’s not enough evidence yet to know one way or the other whether such probiotic cosmetics work. But Belkaid and others do see microbiome manipulations as a way of the future. Between changes in lifestyle, diet, hygiene practices, and more, “we have dramatically altered our skin microbiota,” she said. “I think anything we can do to restore more balance or more appropriate microbe composition in the skin, as in all the different tissues, is extremely important.”

Gallo agreed. “I think there’s a lot of validity to [the idea of skin probiotics]. Most of the work there just needs a little bit more rigorous proof.” Importantly, he added, given the diversity of the skin’s bacterial communities, such probiotic approaches may need to be personalized.  “Since we do know for sure that there’s a lot of difference between the microbiome on individual skin, it may not be so simple as bottling one type of microbe in a spray that’s going to help everyone.”