The avian flu, or bird flu, is a disease caused by Type A influenza viruses carried by the winged animals, according to the US Centers for Disease Control and Prevention. According to the US Department of Labor Occupational Safety and Health Administration, avian influenza viruses have been recorded in more than 100 wild bird species and pose a health risk to domesticated birds. 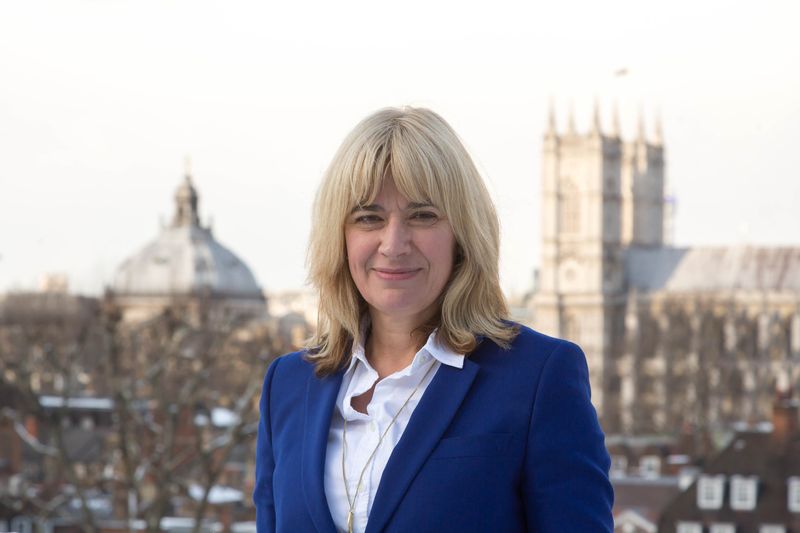 Avian flu can sometimes kill wild birds too. In late December, for example, BBC News reported the deaths from flu of thousands of wild cranes at the Hula Nature Reserve in Israel and the subsequent culling of tens of thousands of turkeys and more than half a million chickens by local farmers in an effort to contain the outbreak.

The UK is now experiencing its “largest ever” outbreak of avian influenza, BBC News reported last month, with more than 60 cases since the first report of infected swans in October. To prevent further spread of disease, all sites with infections must kill their birds, resulting in hundreds of thousands of birds culled already this flu season, the Associated Press reports. The UK government implemented an Avian Influenza Prevention Zone on November 2, 2021 requiring domestic bird owners to keep their birds indoors and follow biosecurity measures such as disinfecting equipment and clothing, regularly cleaning housing, and minimizing contact between poultry and wild birds.

The current recorded cases of avian flu in the UK is caused by H5N1, a subtype of influenza A viruses that is highly contagious among birds, report BBC News and the CDC. Despite the name of the disease, H5N1 can also infect other animals, including pigs, cats, and dogs. H5N1 has also infected humans, especially those in close contact with diseased birds for a long period of time. For example, Reuters reports that the UK Health Security Agency confirmed one human case of avian flu on January 6, but after contact tracing, “there is no evidence of onward spread of the infection to anyone else.” [Editor's note: the case report was published on February 3 in Eurosurveillance.] Avian flu cases in humans frequently result in severe respiratory illness and death, notes the CDC. However, the agency also notes that human infection with H5N1 is rare and human-to-human transmission of the virus is limited.

The Scientist spoke with UK Chief Veterinary Officer Christine Middlemiss about the current avian flu outbreak, the health and economic effects of the disease, and efforts to combat it.

The Scientist: What does a typical avian flu season look like?

Christine Middlemiss: I would caution against when we say “typical” avian flu season because what we find is, every season is different and indeed, every [confirmed case] is a bit different. But generally, over the last 15 years or so, what we’ve seen with bird flu is we [the UK] get infection coming back in migrating wild birds, as do our European neighbors. The birds go to the north of Russia for the summer, and they mix with birds . . . and they all exchange the viruses and then head back to Europe in the winter and can then potentially directly infect our poultry, our kept birds, or can infect our wild birds.

What generally we’ve been seeing is, every two to three years, a higher level of virus in the migratory wild birds. And we know that’s there because we test them. We have a surveillance program that gives us an early warning of what’s happening. That then translates into infection in kept poultry—whether it’s backyard poultry, animal sanctuaries, and sometimes commercial farms. . . . Last winter season, we had 26 infected premises in the UK, which was our biggest one ever. This year to date, we’re at 77. Back in 2003, the Netherlands had over 200 confirmed cases. So it does fluctuate.

But in general, this year . . . we are seeing the highest number of confirmations we’ve ever had. Italy is at nearly 300 confirmations . . . Hungary is getting towards 100. It’s doubled very recently, the numbers in France and the Netherlands. So what we’re seeing across Western Europe really, [is] an increase [in] the number of cases, all being from this subtype H5N1.

TS: Are there any ideas about why this year is different?

CM: The highly pathogenic H5N1, what that does is in kept birds—particularly specific species [in] the Galliformes [order, such as] chickens and turkeys—it can cause a variety of clinical signs . . . respiratory signs or neurological signs. They can have twisted necks. They can have discolored combs, and . . . kind of runny eyes and so on, and maybe diarrhea, and then often rapid death. You get a rapidly increasing mortality, generally, where you keep a large number of birds together. And you may note before that some reduction in food intake or water intake. . . . And that gives us a heads up. The owner, they report to us that they suspect they have a notifiable avian disease outbreak happening in the premises and we can investigate.

TS: Do infections have any impacts on wild populations?

CM: It does kill some species of wild birds depending on their infection level. We in the UK asked people to report in found dead wild birds and then we triage them. And some of them we will sample looking to check what has killed them. Is it avian flu? What subtype is it? What species are they? Are they a migratory species? Are they one of our own national wild birds? That helps us understand a bit more about where the infection is across the UK, and then the risk to our poultry.

We started off in the autumn, and we could see infection in Eastern Europe raising our risk level of incursion. We went through medium to high and now we’re at a very high level of risk of incursion of infected wild birds into the UK. When we got to that level, we put in an avian influenza prevention zone requiring certain biosecurity actions of all bird keepers. . . . That means that there is a very high infection pressure out there. What we did next was to ask all bird keepers to house their birds, again to try and minimize any contact between them and that infected wild population. That risk level stress is across the whole of Great Britain. We’ve had infected wild birds detected in the north of the Isle of Skye in Scotland down to the south coast of England.

TS: What are some economic effects of the outbreaks?

CM: For individual keepers and companies, they’re very serious. For people who keep backyard flocks . . . those infected birds may die. When we confirm infection, we will come in and cull the remaining birds because we need to protect other birds in a facility from getting infection. The same applies for commercial companies keeping birds.

We do cull out all the birds on confirmed infected premises and go through a process of cleansing and disinfection. We will also trace all potential spread from that premises—so, egg trucks, for example, hatcheries, [and] all these sorts of associated premises—and put them under restriction and have additional requirements around biosecurity if we think there’s any chance of disease spread. . . . If you’re in the vicinity of an infected premise, you will be put under restriction and it makes going about daily business harder, because of the biosecurity requirements we put in place. [For example] licensing requirements [are] that you can’t move things unless you get a license, and the license says you must do these following biosecurity steps to make it safe, and so on. It has very significant impacts for companies and individuals who keep birds.

TS: Are there any efforts right now to develop vaccines or therapeutics for the animals?

CM: There is a vaccine available for avian influenza, but like vaccines for human influenza in people, they’re not 100 percent effective. In fact, in birds it’s really not terribly effective, and it doesn’t cover all the strains that might be out there. The strains change quite often when the birds mix over [the] north of Russia. We are worried about vaccinating birds with a vaccine that’s not hugely effective.

We do enable its use in some zoo animals under license in the UK, but it’s not widely used. And because it’s not hugely effective, it does have trade impacts because of the concern that it might mask infection, and the virus could still be there. Therefore, often trade partners wouldn’t want to trade with you if you’re using a vaccine. It’s another area of potential science and research to look at more effective vaccines, but recognizing [that] the influenza virus, as we know from the human world, is a very difficult virus to produce a really effective vaccine for.

TS: Are people at risk in general?

CM: In terms of their own health, no. Our UK health authorities . . . have assessed the risk to the general public as very low. But we do advise that people should put in place routine hygiene precautions when they’re handling their birds for their own safety.

TS: Should the average person be concerned about this increase in outbreaks?

CM: The general concern is that we’ve got this virus that is infecting birds and killing them. It has an economic impact that in itself has a wellbeing impact on those bird keepers. People should be concerned, particularly, if you’re a bird keeper especially.

The message to everybody is—general public: don’t worry, very low risk. Routine hygiene precautions. If you’re a bird keeper, you need to be really, really scrupulously clean all the time.