This year’s Nobel Prize in Chemistry has been awarded jointly to Emmanuelle Charpentier of the Max Planck Institute for Infection Biology and Jennifer Doudna of the University of California, Berkeley, the Royal Swedish Academy of Sciences announced today (October 7). They are recognized for their pioneering work in developing CRISPR technology, which has revolutionized the field of gene editing. 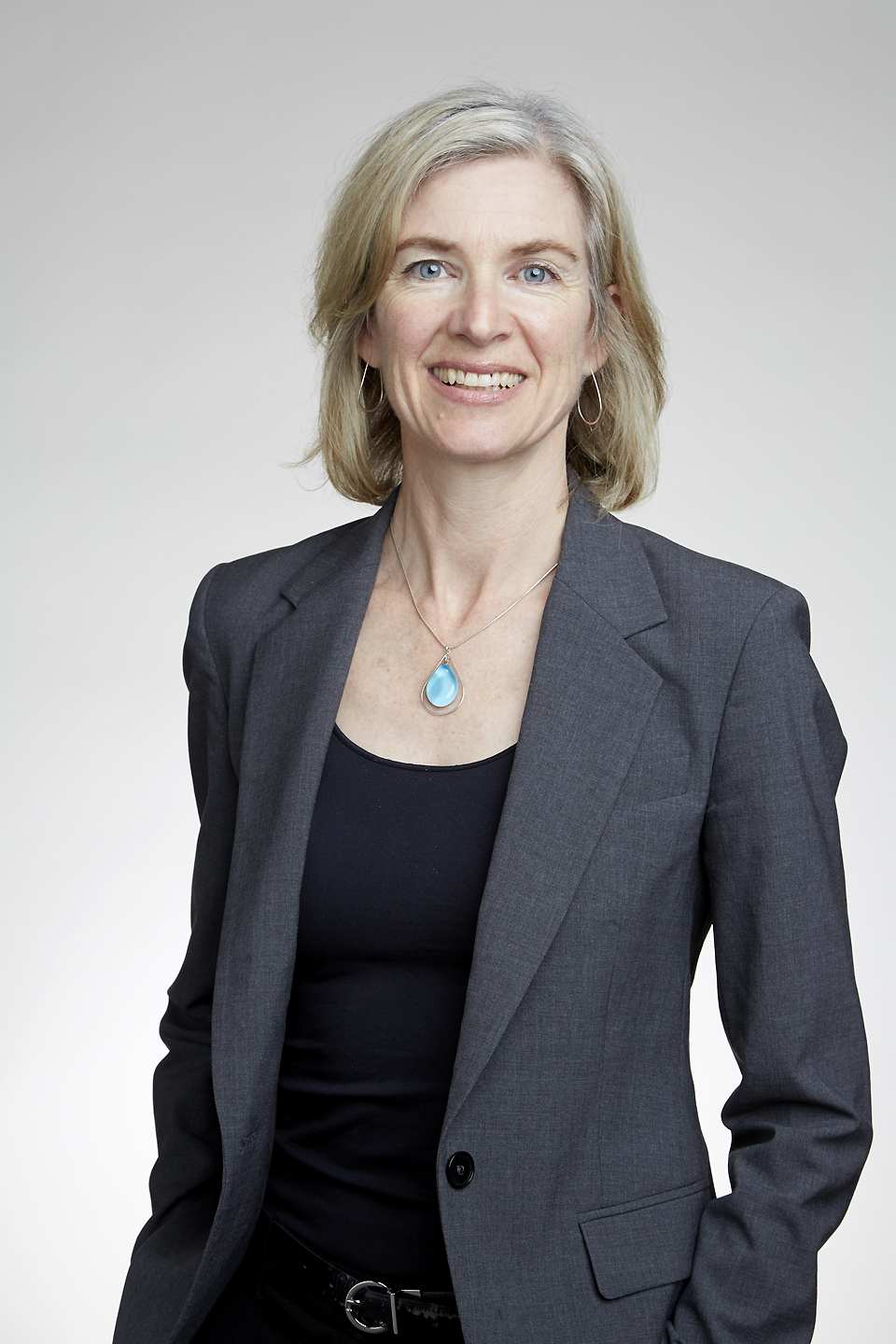 “Today’s Nobel Prize in Chemistry recognizes CRISPR-Cas9, a super-selective and precise gene-editing tool where chemistry plays an incredibly important role,” Luis Echegoyen, the president of the American Chemical Society, of which Doudna is a member, says in a statement. “This discovery, originally derived from a natural defense mechanism in bacteria against viruses, will have untold applications in treating and curing genetic diseases and fighting cancer, as well as impacts on agricultural and other areas. The future for this technique is indeed bright and promising.”

“I don’t know quite what to say. I’m about as shocked as I’ve ever been,” Doudna tells The Scientist, reacting to the news of her award. “I’m really so grateful.”

CRISPR-based technology allows scientists to precisely manipulate DNA, a desirable ability for many fields. CRISPR has contributed to discoveries across disciplines, conferring mold and pest resistance to important crops, leading to new cancer therapies, and, more recently, repairing damage within mitochondrial DNA. During the COVID-19 pandemic, CRISPR has also been used in new diagnostic tools for detecting the virus.

“This type of research will always lead potentially to a way to discover new pathways that could be useful for developing therapeutics against bacteria,” Charpentier said during a call with the Nobel Prize committee, “but also as a way to find new mechanisms to target genes and their expression.” 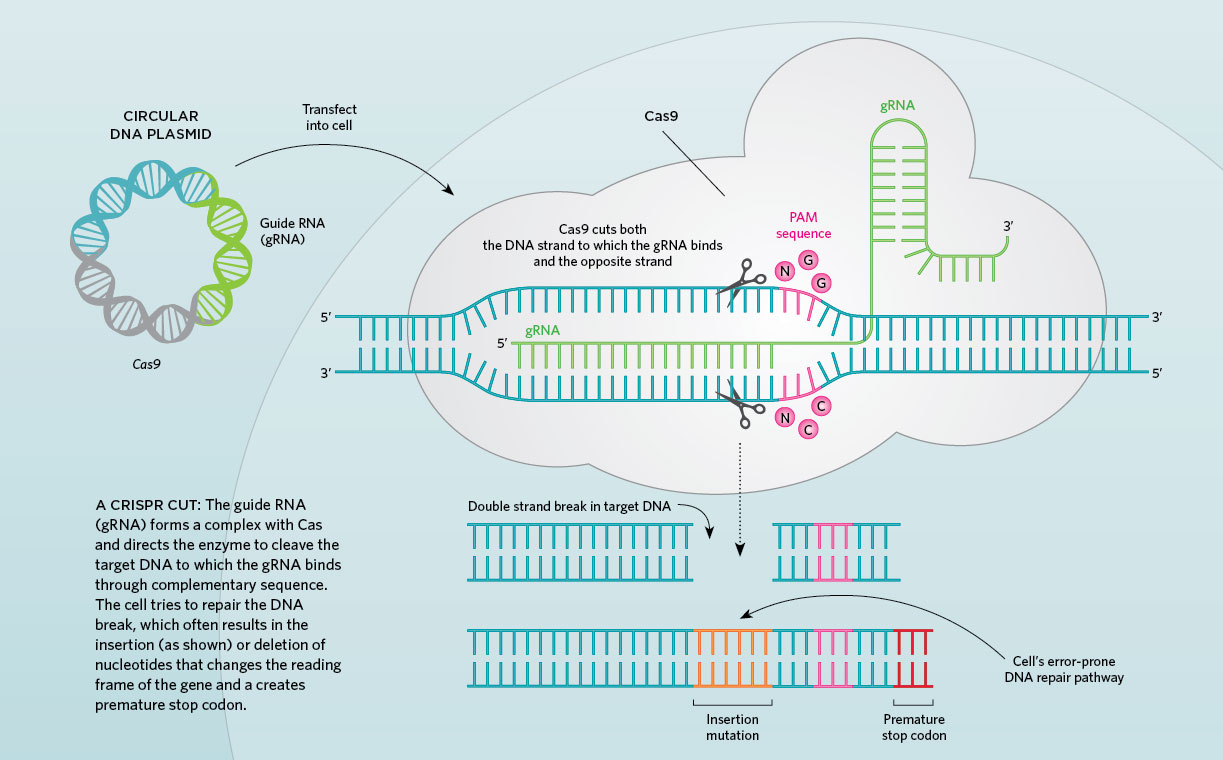 A CRISPR CUT: The guide RNA (gRNA) forms a complex with Cas and directs the enzyme to cleave the target DNA to which the gRNA binds through complementary sequence. The cell tries to repair the DNA break, which often results in the insertion (as shown) or deletion of nucleotides that changes the reading frame of the gene and a creates premature stop codon.
The Scientist staff

Charpentier completed both her PhD and her first postdoc in the lab of Patrice Courvalin, a microbiologist at the Pasteur Institute in Paris. “She’s a very obstinate scientist. She will not quit the problem, and will work on it until the end,” Courvalin tells The Scientist. “Science is all her life.”

Through her study of the bacteria Streptococcus pyogenes, Charpentier discovered a new immune molecule, called tracrRNA, that neutralized viruses by breaking apart their DNA. After publishing her findings in 2011 in Nature, she initiated a collaboration with Doudna in which the pair isolated and refined the molecular underpinnings of these genetic scissors.

Their landmark paper, published in Science in 2012, tracked closely with work being undertaken by other researchers at the time. Virginijus Šikšnys, a biochemist at Vilnius University in Lithuania, published a paper in PNAS in September that year in which he and his team further characterized the bacteria’s immune mechanism. While Charpentier and Doudna’s paper published first, in June, it was submitted later. Their results reaffirmed earlier findings that CRISPR could be used to cut double-stranded DNA at specific, predetermined sites along the genome, and further simplified the tool by showing that crRNA and tracrRNA could be fused to create a single, synthetic guide to direct the cutting mechanism to a site of interest. The next year, in 2013, Doudna’s team applied her new technology to human cells. 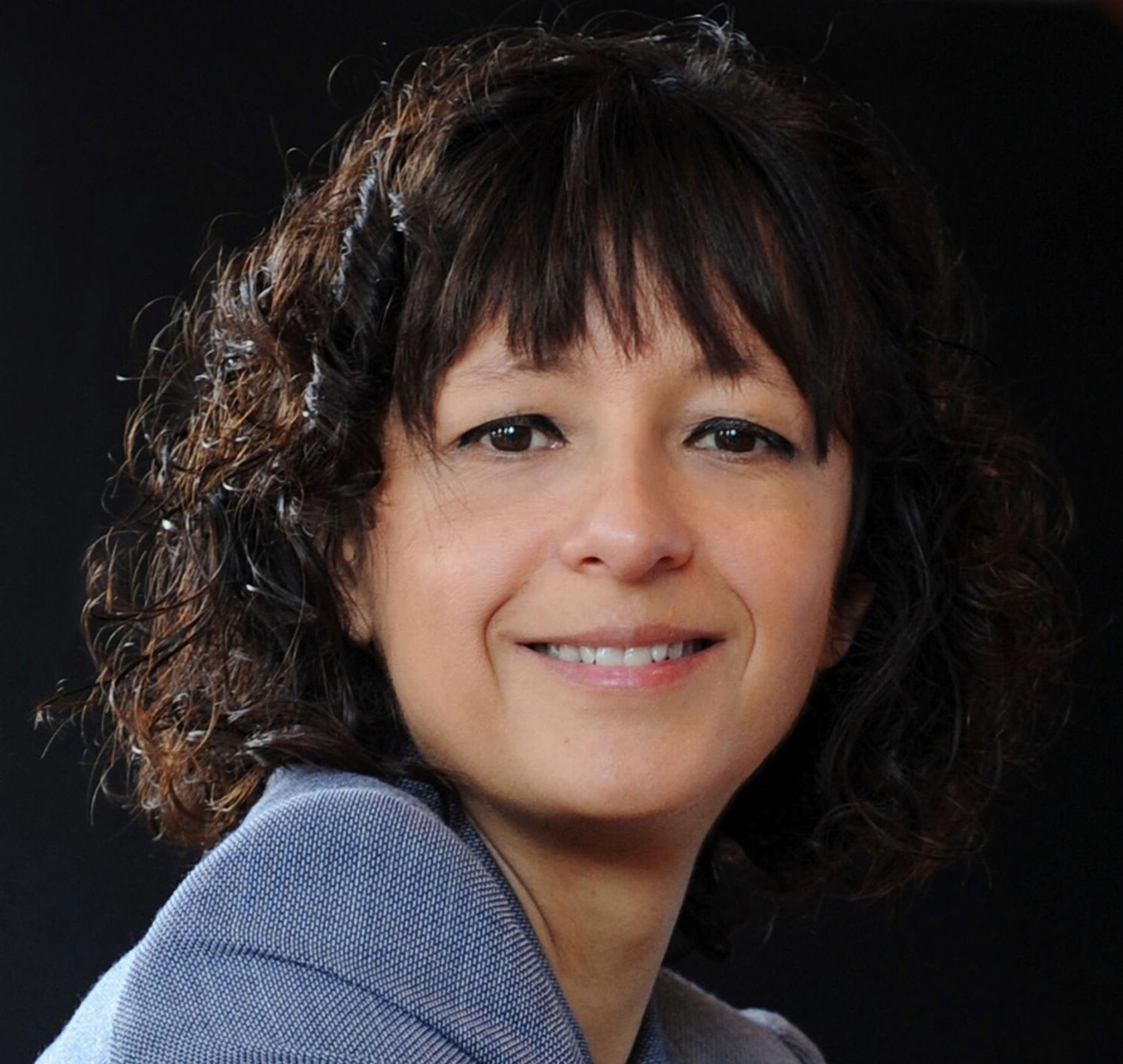 The adoption of CRISPR and the subsequent iterations that endowed the tool with new abilities have been global. At the same time, there have been ongoing disputes over the ownership of the intellectual property. The first patent for the use of CRISPR gene editing technology in eukaryotes was granted to the Broad Institute of MIT and Harvard, based on the work of Feng Zhang’s group, back in April 2014. While the University of California has sought to have its own patents, based on Charpentier and Doudna’s work, take precedence, in February 2017, the US Patent Trial and Appeal Board sided with the Broad—a decision later upheld by US Court of Appeals for the Federal Circuit. The battle is far from over in the US, and another patent battle rages in Europe, where the European Patent Office has already revoked at least one Broad patent.

See “A Brief Guide to the Current CRISPR Landscape”

Charpentier and Doudna join 53 women who have previously won a Nobel Prize, including only five who have been awarded in chemistry. The last prize in chemistry went to Frances Arnold in 2018. “It’s stunning, it’s appropriate, and it brings joy to those of us who are women in science,” Lila Gierasch, the editor in chief of the Journal of Biological Chemistry, tells The Scientist.

The pair will share the prize of 10 million Swedish kronor, or about $1.12 million.