Biologists who compared the facial muscles of dogs and wolves report that dogs have facial muscles that allow them to lift their inner eyebrows, making their eyes appear large or sad. The study suggests that the domestication of dogs by humans has led to this adaptation because humans may view dogs’ eyebrow expressions as an appeal for help, the authors write in PNAS yesterday (June 17).

The muscles were thinner or weren’t present in the four wolf cadavers they dissected (they also examined six dog heads). In behavioral observations, dogs raised their eyebrows more often and more intensely than wolves did. 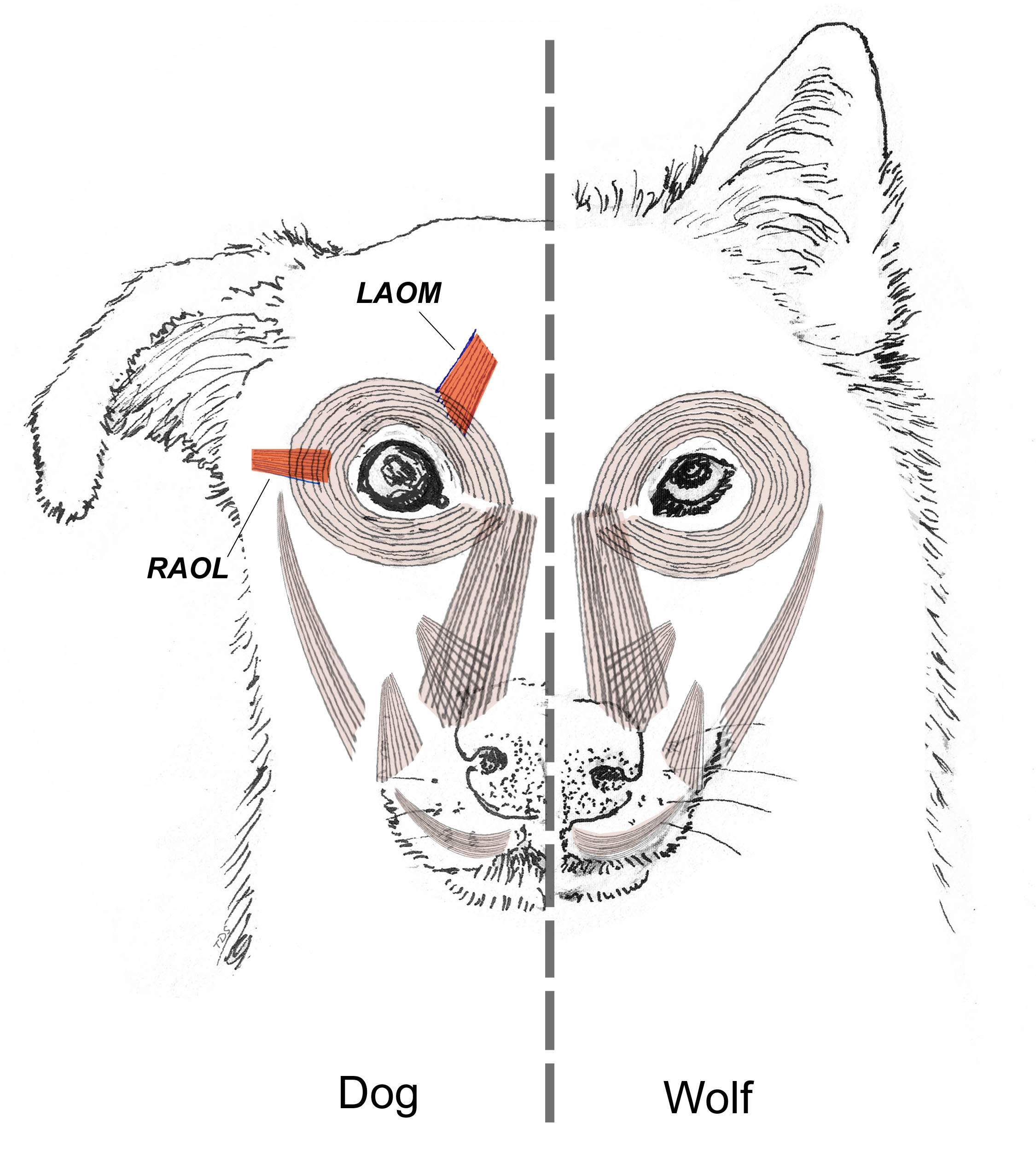 “You don’t typically see such muscle differences in species that are that closely related,” coauthor Anne Burrows of Duquesne University in Pittsburgh...

“What is so provocative about this finding is the likelihood that our unconscious biases shaped the evolution of the dog’s eye musculature,” Brian Hare of Duke University who edited the study but was not involved with the work tells the Washington Post.

The animals have a history of life experiences that may shape how they behave, Clive Wynne of Arizona State University who was not involved with the study tells the Post. Wynne says he is not completely convinced by this study and would like to see a larger sample of dogs and wolves with varying degrees of past experiences with humans, according to the Post. “A study that describes behavior between dogs or wolves and people has to explain the kinds of life experiences the individuals being tested have undergone.”

The authors plan to continue the research with other dog breeds, coyotes, and domesticated foxes, according to the Post.