In 2011, Annaliese Beery and Irving Zucker of the University of California, Berkeley, analyzed biomedical literature and reported that studies using only male animals were far more common than studies of only females in eight of 10 disciplines they included, and few studies used both sexes. Several years later, the National Institutes of Health (NIH), in an attempt to rectify this imbalance, rolled out a policy change requiring funded projects to consider sex as a biological variable.

A study published in eLife yesterday (June 8) examines whether that change in NIH policy, implemented in 2016, has been effective. The authors’ survey of papers published in 34 biology journals in 2019 finds improvement in female representation since the previous study, which examined papers published in 2009. Overall, the proportion rose from 28 percent to 49 percent of studies, and the authors report increases in all nine of the biology disciplines included. This rise in female inclusion is important because, Beery tells Science News, “If you only study one sex, [you don’t know if] that information you learn applies to the other sex.”

But the authors report there’s room for improvement in the proportion of studies that analyze results for differences based on sex. Of the studies that included both sexes, just 42 percent analyzed data by sex in 2019, compared with 50 percent in 2009.

“More researchers are including both sexes in their research. And that’s really terrific,” says study coauthor Nicole Woitowich of the Northwestern University Feinberg School of Medicine in an interview with STAT. “But what worries me is the fact that there was no change in sex-based analysis in the last decade.”

The lack of consideration for sex in processing data is a problem because, coauthor Annaliese Beery tells STAT, “If females are included but sex is not used as a variable in the analysis (or sex differences are not examined before males and females are pooled), not only do we miss the opportunity to understand when sex differences are or are not occurring, we lessen our ability to find effects of the other variables under investigation.” Beery is now a professor of psychology, neuroscience, and biology at Smith College.

Vineet Arora of the University of Chicago’s Pritzker School of Medicine tells STAT that the analysis might include studies that began before 2016, when the NIH guideline was issued. “A more immediate change may occur at the level of requiring some justification at publication if a paper doesn’t take into account both males and females,” she suggests. “If editors used this as part of the review criteria, this could change the field rapidly.”

See “How Much Do Sex Differences Matter in Mouse Studies?”

Correction (June 10): The original version of this story incorrectly stated that Vineet Arora was a coauthor on the eLife study. The Scientist regrets the error. 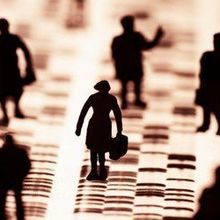 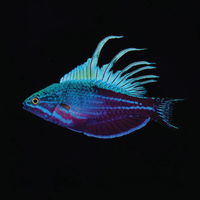