Women continue to be underrepresented among senior scientists, with no appreciable improvement over the last few years, according to a study published yesterday (September 5) in Cell Stem Cell. Based on data collected in “institutional report cards” sent to research facilities worldwide, the authors found that overall, just 24 percent of tenured science, math, and engineering professors at the participating organizations are women, despite the fact that women comprise 57 percent of undergraduates in those fields.

“There is no point in encouraging more girls into science if the system is set up to exclude them,” Imperial College London physicist Jessica Wade, who was not involved in the study, tells the BBC. “Improving gender balance in science will take institutional commitments to support women in their applications for promotion, act when there are reports of sexual harassment or bullying and make work allocation more transparent.”

The four-year pilot study, part of the New York Stem Cell Foundation’s (NYSCF) Initiative on Women in Science and Engineering, surveyed institutions around the globe, although most of the 541 institutions that submitted complete responses are in Europe or North America. The data paint of picture of steadily declining representation for women along the typical academic career path: 52 percent of graduate and postgraduate students, 42 percent of assistant professors, 34 percent of associate professors, and 24 percent of full professors. Overall, 40 percent of first-time tenure-track recruits were women—but at one-third of institutions, fewer than 10 percent of those recruits were women.

Of the 71 institutions that submitted data spanning two or more years, just over half modestly improved women’s representation over that timespan, while 40 percent saw small decreases in the proportion of women professors.

Coauthor Whitney Beeler, a radiation oncologist at the University of Michigan, tells Times Higher Education she was “disappointed we didn’t find more change over time.” Although confounding factors and a small sample size might have affected the longitudinal comparison, she says, “if there had been real change and big change, we would have picked up on it and there really wasn’t over a four-year period.”

Beeler adds that “it will take an enormous amount of leadership and creativity, and persistence–not just from women but men too–to enact real change in female representation.” 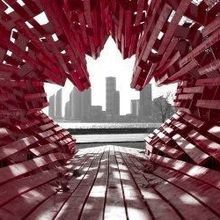