Afederal judge in the Southern District of New York has ruled that sponsors of clinical trials conducted between 2007 and 2017 are failing to comply with federal law if they do not post their studies’ results to ClinicalTrials.gov, according to STAT. The decision stipulates that reporting requirements outlined in a 2017 final rule to the Food and Drug Administration Amendments Act are applicable to trials completed as far back as 2007, and not just those finished after 2017 as government agencies had mistakenly interpreted the law, reports Endpoints News.

“This decision brings us one step closer to what federal law requires—providing the American public with complete access to clinical trial results on drugs and medical devices approved by the FDA,” the plaintiff’s supervising attorney Christopher Morten tells STAT, adding that the ruling “makes it harder for drug companies, device manufacturers, and other trial sponsors to keep unfavorable trial results secret.”

STAT notes that it had previously investigated the reporting of clinical trial data in 2015, finding that “most research institutions—including leading universities and hospitals in addition to drug companies—routinely break a law that requires them to report the results of human studies of new treatments to the federal government’s ClinicalTrials.gov database.” Science reported earlier this year that the FDA has not imposed fines for violations, nor has the National Institutes of Health withheld grant funding, despite 2017 statements by both agencies promising to enforce the law with penalties for noncompliance.

Peter Lurie, a former associate FDA commissioner, and Charles Seife, a journalism professor at New York University, brought the lawsuit before the court, arguing that the misinterpretation of the rule had negatively affected their work. “The FDA is in charge of making sure that drugs on the market are safe and effective, but without access to data about those drugs, it’s nearly impossible to understand whether the agency is doing its job properly,” Seife said in a statement on Tuesday, according to STAT.

“The court has set aside that erroneous interpretation of the law and has said that the statute means what it has always said,” Morten tells Endpoints News. “So our hope here is that trial sponsors are going to start, finally, after years of noncompliance, reporting some of that missing data to the patients.” 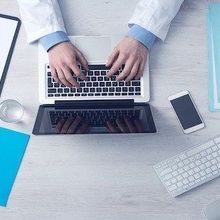 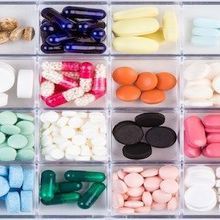