TThe pharmaceutical company Novartis has disclosed to the US Food and Drug Administration that some testing data for its newly approved gene therapy were manipulated, the agency announced Tuesday (August 6). The company did not inform the FDA of the issue until June 28, more than a month after the therapy’s approval.

AveXis, a subsidiary of Novartis, knew about the manipulated data as early as March, two months before it was officially approved. AveXis manufactures the product in question, Zolgensma, which stands as the first approved gene therapy for children under age two with spinal muscular atrophy (SMA).

Had the agency known about the manipulation, it would have delayed the approval of Zolgensma, Wilson Bryan, the director of the FDA division that reviewed Novartis’s gene therapy, tells STAT.

The rare disease SMA stems from a mutation in the survival motor neuron 1 (SMN) gene, which codes for a ubiquitous protein essential for the function and maintenance of motor neurons. The most common subtype of the disease, infantile-onset SMA, causes children to have trouble swallowing, breathing, and holding their head up, according to the FDA. Most of those afflicted don’t survive past early childhood, making SMA the leading genetic cause of infant death.

Zolgensma works by delivering a functional copy of the human SMN gene to motor neuron cells, thereby inciting the production of SMN proteins and improving muscle function. The one-time intravenous administration made headlines as the most expensive medical treatment ever at $2.1 million, according to the Associated Press.

After the FDA announced the data manipulation issue, Novartis shares fell nearly 4 percent, according to STAT.

Novartis released a statement Tuesday evening, stating that the company began investigating the alleged data manipulation after learning about it from AveXis, according to the AP. The company then came to the FDA once it reached “interim conclusions.”

The data under scrutiny were gathered in animals, not humans, and used by the manufacturer “to support the development of its production process for the product,” Peter Marks, the FDA director of the Center for Biologics Evaluation and Research, says in the FDA statement. The sullied data do not undermine the agency’s overall assessment of Zolgensma, which concluded the therapy is safe and effective, he adds. “The FDA is carefully assessing this situation and remains confident that Zolgensma should remain on the market.”

The agency is now closely evaluating the extent and implications of the data manipulation, also pulling information from a recent inspection of the manufacturing facility. Novartis may face “civil or criminal penalties,” if appropriate, because its subsidiary knew about the data manipulation before Zolgensma was FDA-approved.

Parents and health care professionals may call the FDA at 800-835-4709 or contact AveXis for more information. The FDA will continue to issue updates as the evaluation progresses. 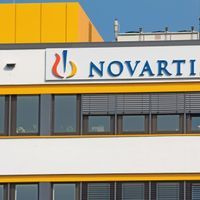 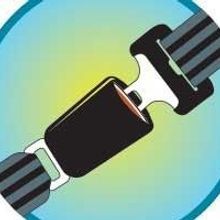