“Not only are we thankful for a healthy calf, but this birth is significant, as it also represents a critical step in our effort to save the northern white rhino from the brink of extinction,” says Barbara Durrant, director of reproductive sciences for San Diego Zoo Global, in an announcement.

Scientists aim to genetically recover the population by raising southern white rhinos to serve as gestational surrogates. San Diego Zoo researchers are working to convert preserved northern rhino cells into stem cells to differentiate them into sperm and eggs. Scientists are still seeking permission to harvest eggs directly from the two surviving northern females. The zoo researchers predict this process will bear a baby northern white rhino within 10 to 20 years, and could also be applied to the critically endangered Sumatran and Javan rhinos. 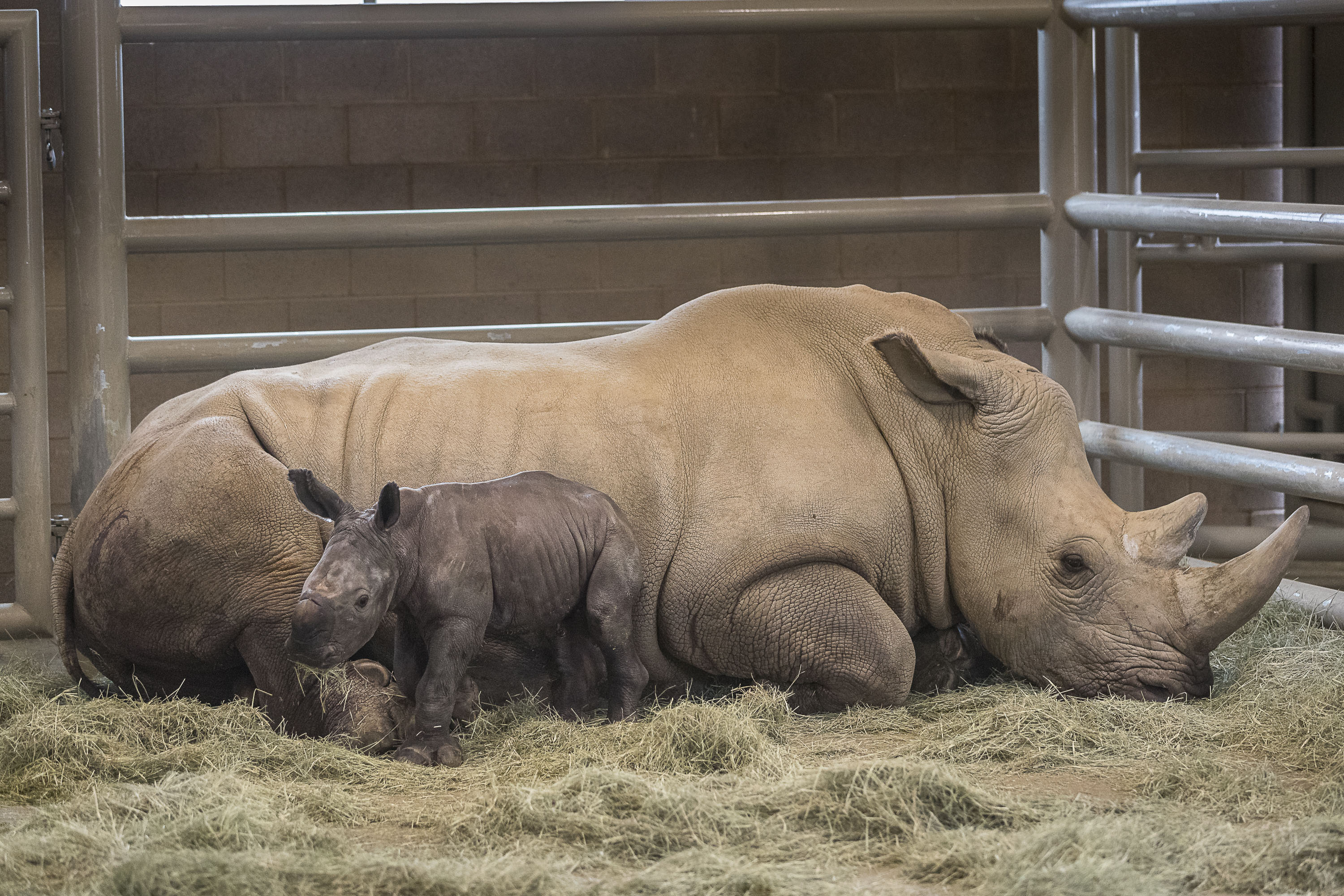 Attempts to save the northern white rhino are unfolding around the world. The Polish zoo Chorzow created a hybrid rhino embryo with northern rhino sperm and a southern egg, the AP reported. In May, zoo staff implanted the embryo into a female southern white rhino, but it has not been reported yet if the procedure resulted in a viable pregnancy.

Meanwhile, Victoria and her calf appear healthy and have been quietly bonding since the weekend.

“Victoria is doing a great job as a mother. And the calf is doing great. As soon as Victoria took the placenta off him, he was moving. He stood very quickly, and of course, he was very wobbly,” says Durrant in an interview with The Guardian.

After being artificially inseminated with frozen semen in March 2018, Victoria carried her calf for 493 days and delivered him after 30 minutes of labor. Eventually, Victoria and her calf will join five other females at the the Nikita Kahn Rhino Rescue Center in Escondido, California. Another rhino at the center, Amani, is carrying a calf produced through artificial insemination and is due to deliver in September or October.

Like many rhino species, the southern white rhino faces threats of poaching and the illegal trafficking of their horns. The species is classified as near threatened on the International Union for Conservation of Nature Red List of Threatened Species.