ABOVE: The Lorry I. Lokey Stem Cell Research Building at Stanford University School of Medicine was built with funding from the California Institute for Regenerative Medicine.
WIKIMEDIA, CALIFORNIA INSTITUTE FOR REGENERATIVE MEDICINE

After funding stem cell research since 2004, the California Institute for Regenerative Medicine is running out of funds. The state agency currently has funding requests for $88 million pending but only $33 million left to give out to scientists.

The California Institute for Regenerative Medicine (CIRM) was not meant to last forever, as it received a finite amount of government funds when it was formed. It started out with $3 billion and the plan was to give out $300 million in grants each year for 10 years. CIRM has been able to stretch that money until now, 15 years later, because there weren’t many groups doing stem cell research in the first few years of CIRM’s existence, says Kevin McCormack, the senior director of public communications at CIRM.

Eventually, research ramped up and, with the help of CIRM, California has become a hotspot for the field. CIRM helped start stem cell labs in California and attract investments from pharmaceutical companies. “I think it launched the whole field,” says stem cell researcher Jeanne Loring of Scripps Research in an email to The Scientist. “At a time when the [National Institutes of Health] was not supporting much translational research using pluripotent stem cells, CIRM was investing heavily in that area.” Loring has been awarded 10 CIRM grants totaling more than $30 million over 12 years. “We’ve trained hundreds of researchers in laboratory courses funded by CIRM and by the NIH, which launched new stem cell labs all over the country,” she adds.

Where CIRM funding has been crucial is funding preclinical studies that help get research “from the bench to the bedside,” says stem cell and gene therapy researcher Stephanie Cherqui of the University of California, San Diego, who is the recipient of two awards totaling more than $17 million. Not many granting agencies have the means to provide millions of dollars to fund the toxicology, pharmacology, and manufacturing studies that are required by the US Food & Drug Administration before potential treatments can go into clinical trials, according to Cherqui. For example, researchers often hire consultants who have experience with FDA regulations to make sure everything is lined up to be approved to clinical trials, and those consultants are costly, she says.

CIRM’s website has made it clear over several months that funding is winding down and it would be taking final rounds of grant applications for specific programs, McCormack tells The Scientist. Researchers are already looking elsewhere for funding. Loring says her group will be relying on NIH, private foundations, and investment funding going forward.

There are two options for the agency. One is that it could fold by at the end of next year, “and there’s this talk of putting another ballot initiative out at the end of November 2020,” says McCormack. If it goes on the ballot, voters would be asked to approve around $5.5 billion in funding for CIRM. The group Americans for Cures Action Network, which helped get the first ballot initiative passed, is pushing for another request.

CIRM will give out the remaining funds most likely by the end of 2019. Because the agency does not give the full grant at once, it will continue to administer the multi-year grants that are set to finish by around 2022, according to McCormack. The agency is also working with the National Heart, Lung, and Blood Institute to fund research on finding a treatment for sickle cell disease. This initiative, with around $25 million available to distribute to researchers, is still accepting grant applications, says McCormack. 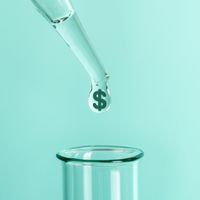 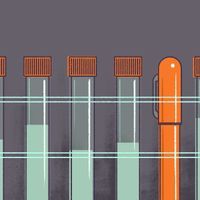